The first release by this author, it's a tightly packed tourney map with plenty of kit on offer. Shotgun, Rocket Launcher, Lightning Gun and Plasma Gun are here along with Yellow Armour; Red Armour and Megahealth require rocket jumping to reach. Combat tends to return rapidly to the stairway and alcove between the RL and the RA. It's a crowded place to fight, but a combination of accuracy and fast movements yields a healthy number of frags. Item placement is novel, particularly the armour locations, but its a little haphazard. A lack of tension between the more powerful items leads to less tactical navigation than is good for a tourney match.

There is good use of the id Software gothic textures here, although perhaps because it is the author's first map proper it appears that he was determined to include every possible architectural feature the theme allows. A lot of stuff is crammed in to the map. Some bits of architecture aren't neatly finished off, and two teleporters is a bit much. Lighting is also good: every bit as moody as you'd expect from a gothic level, and well distributed to make the layout visible. Bots play okay and negotiate some of the more demanding and intricate features, such as rocket-jumping to the RA platform. But the layout seems to leave them more lost than human players. A competent first release, which shows potential.

Good for a few matches. 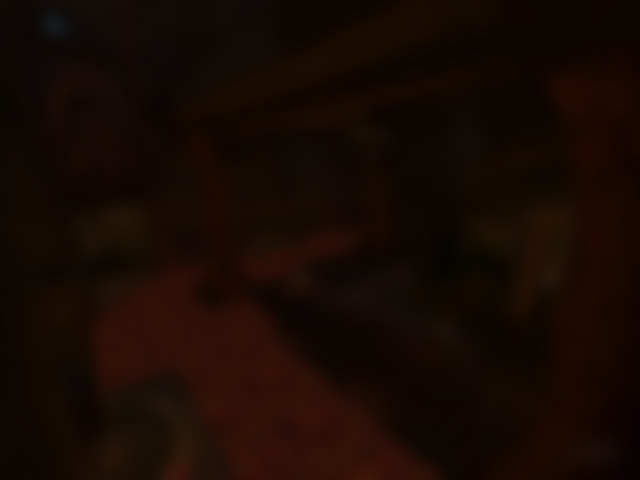