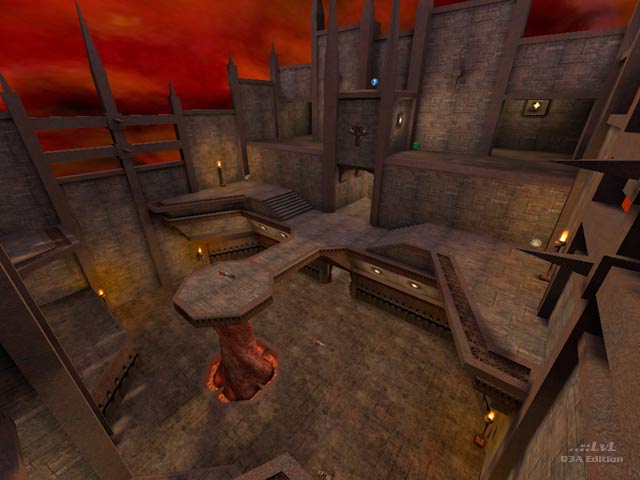 A stunningly dramatic layout, primarily influenced by q3tourney3. Two towering facades stand opposed across a large courtyard, each with multi-level regions stacked behind. The Rocket Launcher takes centre stage atop a flesh-pillared plinth, the Lightning Gun is located at the rear of one tower and the Rail Gun perched at the dizzy summit of the other. This is accessed via a teleporter in the form of a q3dm1 style tongue, extruding menacingly from the base of the opposite tower. Diametrically across from the RG, a Megahealth can be reached by a well-executed rocket jump. The teleport trigger at the back of the tongue does not fill the entire alcove, allowing stealthy players to camp in the dark. Travel between altitudes and towers is quick, with jump distances just narrow enough to cross. Gravity pulls the focus down towards the courtyard where rockets and lightning wreak bloody carnage. Above it all, the RG can be put to excellent use across the larger distances.

Items are sparse, the level is clearly large enough to accommodate FFA with perhaps 5 or even 6 players, but the available equipment is sufficient only for tourney. A greater density of items would expand the gameplay considerably. Even in tournament, everything feels rather remote.

The texturing is similarly minimal. Although the author is clearly skilled with the gothic texture set, one basic brickwork texture is used on nearly every vertical surface, with almost no trim and few map objects. This seems a shame, since the grandeur of the map could easily rival that of the q3tourney3. It seems that tourney was the initial concept for this map until the layout grew beyond that size, but perhaps the author has not revised his approach accordingly. Bots play the map well, although tourney is not fast, and FFA consists initially of everyone descending upon the RL. This is a good map; with a bit more effort by the author, it could be great.

Despite some misgivings, this map deserves to be tried. 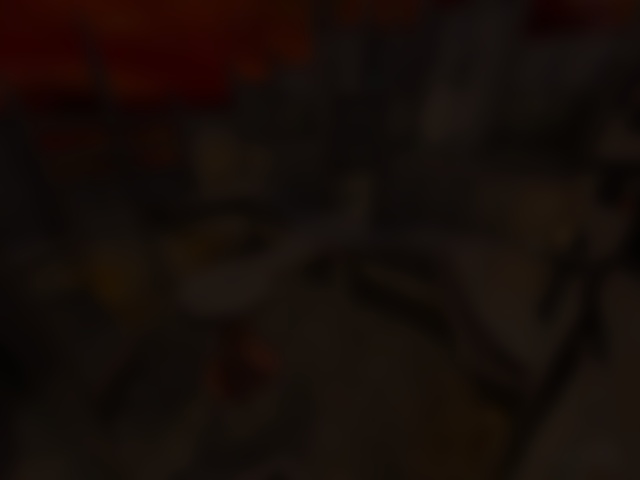