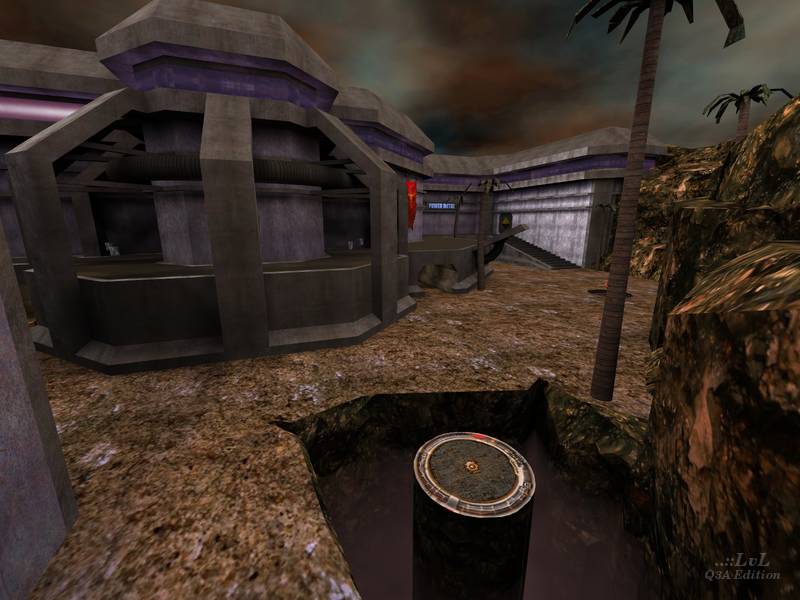 A large industrial complex. The layout is non-symmetrical, but logical - so it is fairly quick to learn and easy to navigate strategically. Essentially, it consists of two main, split level chambers with a third outdoor area carved in brownish rock featuring a few palm trees for effect. A series of octagonal corridors provides circulation between areas with the lightning gun sitting at the hub. At least one of all the other weapons is present, with the sensible exception of Mr. BFG.

The outdoor rocky area is the largest and saw much of the action during play. The railgun and grenade launcher are niched in pad-accessed clefts in the rock, both having a dramatic effect on events outside. There are numerous sniping points, including some hidden in the external roofing structure! Small sub-corridors weave towards the Quad, the only powerup to make an appearance.

The item distribution is balanced across the entire map, ensuring there is always something to hand when you spawn and that the focus of combat can shift from area to area.

Texturing is mainly concrete with circuitry, strobing blue strips and a trace of the classic hazard stripes to add detail without being overdone. Despite its size, the level was reviewed on a low-end machine (by Q3 specs) and only the inclusion of 6 or more bots began to impact the speed.

Bots played well, acquiring all the items and using all the features except the treacherous jump pad outside. Team Deathmatch was a riot.

Apart from a little texture striping on the rocks, I can not really find fault with this level; it is clean build and variable gameplay means there are a lot of matches to be had from it.

Definitely worth getting, almost certainly worth keeping. 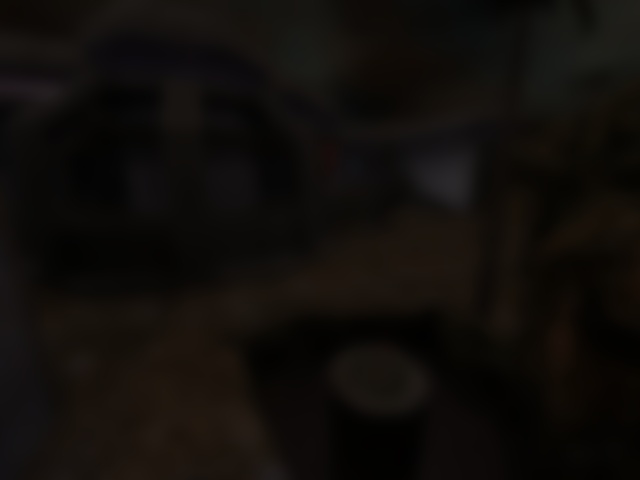