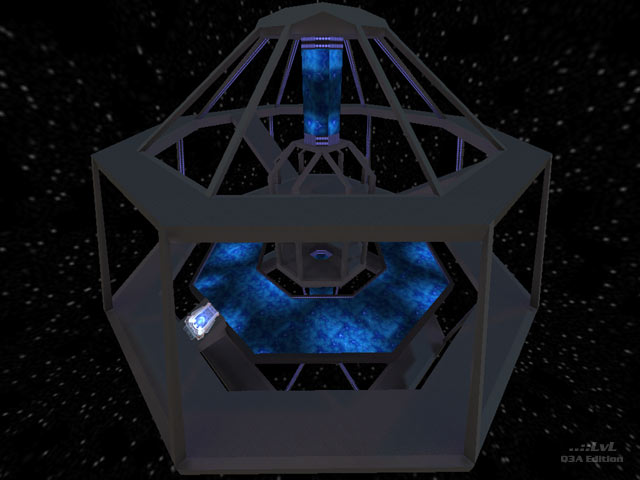 A single-concept level, Battledome is a gray metal sphere adrift in space. I say single-concept since the players spawn with only one weapon and maximum ammo. No other weapons or ammo boxes appear in the level. Much carnage ensues. The weapon depends on your personal choice, as two maps are available in one download - a Railgun and a Rocket Launcher version.

Two accelerators and one jump pad allow quick movement between the three altitudes and aerial movement is vital to success in the map. The void is an ever-present danger as the 'Dome consists of only narrow catwalks and spindly supports - gameplay can best be described as 'walking on eggshells'. The void itself isn't neatly implemented: as players fall to their ignominious deaths, dropped weapons collect en masse at the bottom of the star-flecked skybox.

Megahealth, Quad, Invisibility and Haste periodically spawn at the base of the dome, giving attentive players a needed advantage, but it's easy to bang into the bottom of the jump pad tube on the way back up. Apart from the smooth gray metal, some attractive blue light fixtures provide eerie coloring and the pads are similarly colored for consistency.

The simplistic structure could have been more interesting in it's execution. Although I had fun slamming bots around, the gameplay of Battledome is a bit limited to compare well with the more conventional space maps. Bots play okay, but fall off a little too often.

Briefly entertaining, but not one to play obsessively.

This floating-object-in-space map comes in two flavours: Battlerail and Battlerocket. It is a re-make of XenoGenic's original Battledome map for Quake 2. As you may have guessed, Battlerail is all railgun and battlerocket is all rocket. The map is 3 rings around a central core of 4 platforms (including the roof). Power-ups such as Haste, Megahealth, Invisibility and Quad spawn on the bottom platform of the core. Aside from these, there is nothing else in the map. No health and no armour. The use of Quad in an all rail map is very limited. The architecture keeps the action interesting, but the bottom of the map could use a NODROP brush so the stuff doesn't pile up magically in space.

If single weapon maps are your style, you'll like it. I'm going to save it for those breaks at LAN parties. 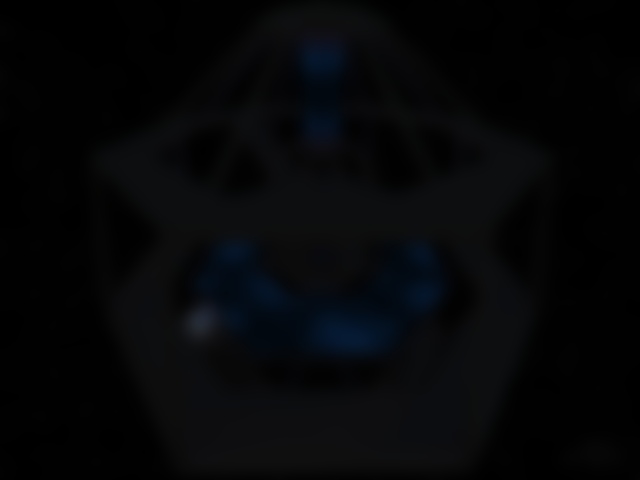