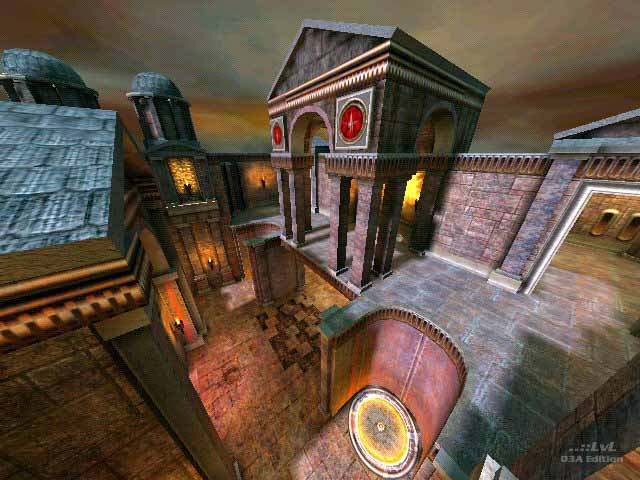 A Railgun only arena, presented exclusively for tourney play. The physical design of the map is an elegant take on neo-classical architecture ( that's Greek- and Roman-influenced for those who don't know ) and contains a large amount of attractive detailing in the walls and arches. Thorough use of clipping ensures that it never inhibits movement. This theme is completed with some renaissance paintings adorning various walls - a nice touch. Though the 'pink' skulls behind the teleporters are a bit tasteless. The layout is symmetrical, with three altitudes, and a good amount of connectivity. Players spawn wielding the essential railgun, another of which is placed at the head of the map. No other weapons are present. This makes the gameplay skill based, but rather one-dimensional. There are almost no audio cues in the level apart from teleportation. However, four teleporters with multiple destinations -and- the inclusion of the Teleport Rune, makes tracking one's opponent ( normally an important aspect of tourney play ) damn near impossible. Consequently, confrontations are usually random and are decided by who has the fastest trigger finger. The basement contains a variable Quad/Regeneration powerup, to make things interesting. As the author notes in the readme, bots play with varying ability. The more railgun-hungry amongst them, such as Major and Sorlag, compete extremely well and appear to have no other problems navigating the map. If you're an adept railgunner and like your tournament maps with a lot of style, this is probably for you. Alternatively, if you need somewhere to practice your rail skillz, you could do worse. However, the lack of tactical options limits the longevity of this map. 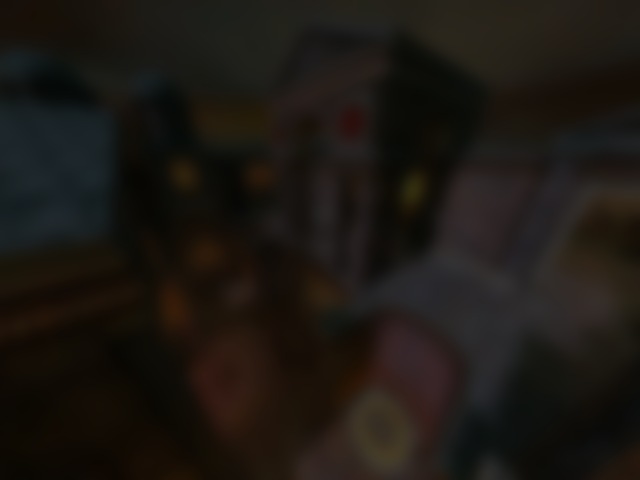