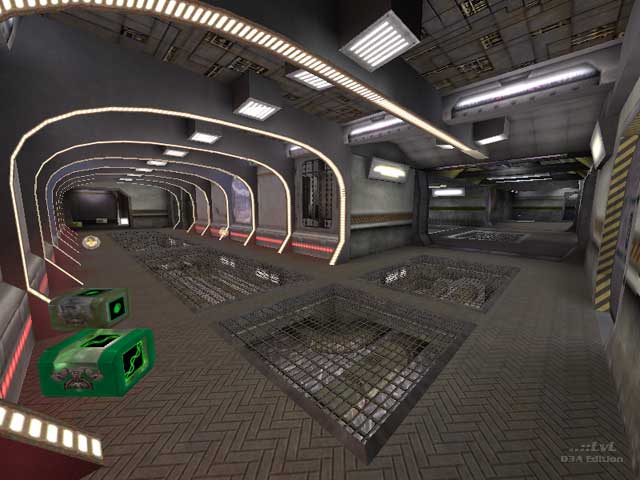 This map is definitely nice looking, but avoids frying your system or your game's frame rate. The theme of being trapped in an underwater facility is carried out nicely throughout the level. Airlock-like doors, views of the ocean from several parts of the map, and the puddle suggesting serious problems down in the Red Armour area, all add to the atmosphere. The author's suggested use of the map as a tourney level works well, though I personally preferred a 3 or 4 player FFA. Some parts of the level (especially the halls near the lightning gun) are unused in either case. Bots tended to stay in the RG/GL section of the map, rarely venturing farther than just down the hall from either.

Definitely one to try with one or more human players.

Tig's Notes: There is an optimised version which has improved performance and game play. The only problem is you need the original release as well. Grab the update right here (its about 1meg). 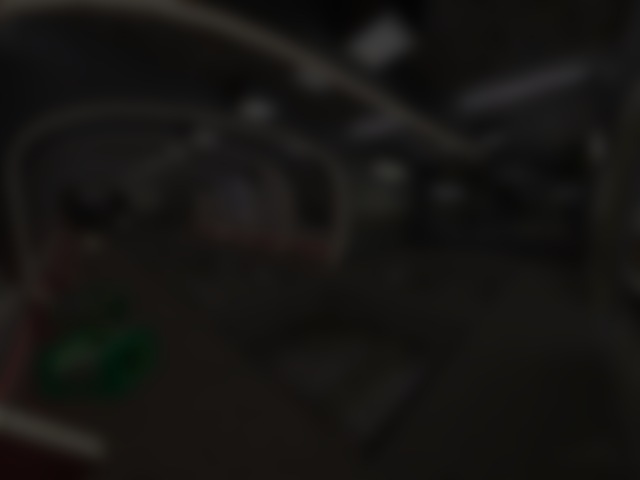