A small Space map with fast game play, lurid lighting and burdened with an excess of teleporters, doors and powerups. All of which makes from some pretty crazy game play. Having Quad, Megahealth, Red Armour and Invisibility on such a small map does nothing for the game play. As to the doors, it would take a very special layout to support doors on a Space map, on this map it isn't really making it. There are some nice features such as the twinkling stars. Another fun feature is that when you fall off into the unknown you are teleported above the map so that your exploded remains rain down on to the map below. Bots do not have any problems with the map.

Some nice ideas but its the kind of map you only play for one round. 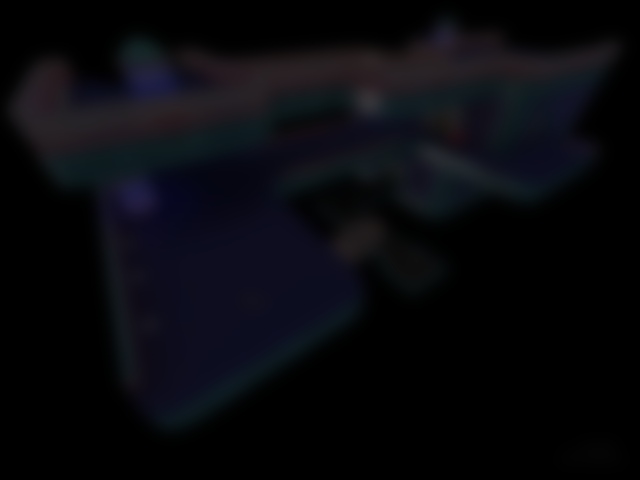