The Follwing Levels Are Included with ClassicCTF v2.0:

- Q3wc1 -- Underwent cosmetic facelift for 2.0, and some technical
improvements. Most likely the most popular map from earler CCTF versions.
Thanks to Thumper for doing a nice new TA inspired texture theme to replace the
old bland look.

- Q3wc3 -- New to v2.0. Took the longest to build, and a lot of pressure
to make this favorite from Q2 live up to the original.. LOTS of time spent on
hint brush placement. Added a side entry/exit for the red base in order to even
things out for both teams. Unfortunately, the cool rotating doors from the
original weren't possible due to the removal of that function in the Q3 code
which is why I decided to do a teleporter with a camera at the railgun since it
would look pretty bad with a normal up and down door. There's a few things in
this map that may change the gameplay a bit from the original version, but
overall I think it's very good, and if I'm going to spend the countless hours
making it, I'm not going to build it like a programmed remake-robot.

- Q3wc4 -- Underwent cosmetic facelift along with some fairly major changes
made to the layout. Rear halls leading to the flag room were shortened.
Middle was drastically changed in order to improve FPS and overall look of the
map. Lots of other smaller changes made as well, along with a bunch of
technical improvements. Should play much better than previous versions due to
the removal of the quick upper route.

- Q3wc5 -- Small cosmetic changes, mostly to the bases. Not the most
popular pub map, but was a popular clanwar map back for q2ctf, and one of my
personal favorites. Big changes were made in the armor department. The old
version had a red armor in each base along with a yellow. It became a big
problem when a offense attacked with guys carrying resist and 150-200 armor so
the red was replaced with a yellow and a green was added into the crossroads
area to boost the attackers armor a bit. Hopefully these reductions in armor
will create more rune turnover.

- Q3wc6 -- Most changes are technical. Quad was taken out of the water and
placed on the bridge with a mega health being placed underneath. Other than
that, this map is basically the same as past version other than a few tiny
cosmetic things.

- Q3wc7 -- New to 2.0. After being asked a hundred times by Q1ctf fans why
there were no Q1 remakes, this map was created. Originally was going to be a
hybrid of an existing goth map already being worked on and the Q1 map "Wizard's
Manse". However, it wasn't quite working out, so a more strict remake was
created. Definately a different type of CTF map, especially compared to q2 and
q3ctf maps. There's also some funny sounds that I put in this map that are
supposed to represent the wizard's presence in his manse.

- Q3wc8 -- New to 2.0. A smaller tightly packed map. This map went through a
ridiculous amount of changes, and essentially, the only remaining part intact
from the first version is the texture theme. Went through 5 or 6 different
layouts with all either being too dull, not grapple friendly, or too laggy. Was
the first map started when 2.0 was planned back in January. Was put on the
shelf and then picked back up when an 8th map was needed. The name "Ultimatium"
is an inside joke, Kilderean was testing map loading screens and was typing in
a word for a map name to test and, as far as I know, he went to type Ultimatum,
but accidentally typed an i. It sounds like a title of some sort of place,
kinda like atrium or sanitarium but it is not a real word even though it sounds
like it could be. I felt it fits this map perfectly since I don't know what
this maps' theme is supposed to be anyway. So, it's fitting that the title of
it isn't even a real word.

- Skybox used in q3wc8 "Ultimatium" created by "Sock"
Available for download at www.planetquake.com/simland

- Thanks to those people who provided feedback and suggestions during the testing and
building of the maps.

- Thanks to the CCTF and Threewave crew for making this overwhelming project so
much fun. ("Dekard", Whiplash", "Casey", "Scancode", "SLUDGE", "Hb0mb", "Thumper",
"Kismet", "Ark", "Kilderean", and the rest who have come and gone over time.)

- Thanks to all the CCTF fans/supporters/players who have stuck with the mod and
supported the dev team for all this time.
.

These levels are property of Classic CTF/Threewave and
it's creators and are not to be re-distributed or altered without
permission from each maps' respective author(s).

These levels may be electronically distributed only at
NO CHARGE to the recipient in its current state. They MUST
include this .txt file, and may NOT be modified IN ANY WAY.
UNDER NO CIRCUMSTANCES IS THIS LEVEL TO BE
DISTRIBUTED ON CD-ROM (or other media) WITHOUT
PRIOR WRITTEN PERMISSION. 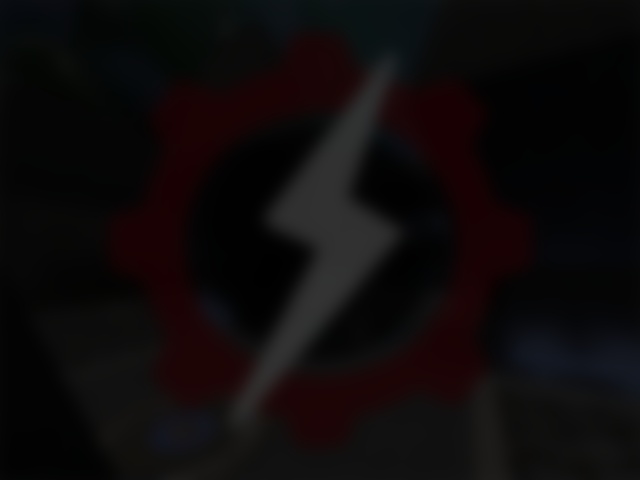