====================================================
info: Angkor Wot Capture the flag :) This level was somewhat ambitious from the outset. Having lived in SE Asia for the last two years I wanted to create a level based in the region that I'm now living. I am facinated by Angkor Wot and wanted to craft a map that at least reflected something of that place.
About 90% of the level is ase modelled, some exported prefabs by q3map2 but much created externally in Blender3D.
The ammount of detail I put in meant I ran into vis control issues quite quickly. Even now you are going to need a pretty good rig to run this. The major issue I had to resolve was that the level killed bspc.exe completely. I had already given up trying to autoclip my models as I hit max brush errors pretty fast. I had to hand clip everything, which led to some damn complex clip brushes. The terrain clip was exported as a map from Blender, which in hindsight, although quicker, was the main reason bspc.exe gave up on me.
Thankfully I managed to get q3map2's -fixaas switch to work. I had to build a simplified bot map, compile an aas file from that and then use q3map2 to force it to be associated with the original map bsp. All good fun :)
====================================================
construction 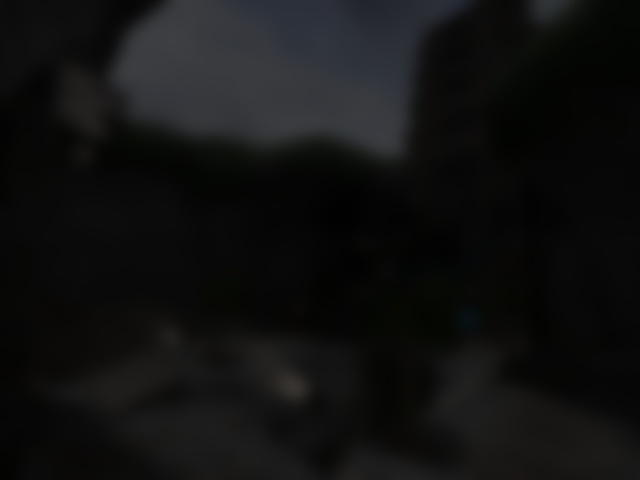