All maps were authored by: bonesaw
email: **email removed**
URL: bonesaw_.tripod.com/
(this is a temporary site untill I can build another and
find a host with more ftp space)

This Tier is a type of list, if you will. Kinda like "The four steps to a good afterlife."

and has been created mainly as a "Resume" for a level design position.

bq3dm1: Imminent Demise - This was actually the last map in the set that
I created, The others were nearly complete and all of my other concepts were too large
for a beginning/training map that had 1 on 1 in mind. It should be good for a 1 on 1, 2 on 2, or 3 to 4 player ffa.

bq3dm2: Pennance - This was began as the second map in the series. It started with the
area with the 2 bridges, and grew from there. It should be good for a 2 on 2, or 3 to 5 player ffa.

bq3dm3: Devine Retribution - This map was the hardest of all to create, the design ideas just didn't flow like it did
with the other maps and was finally finished about the same time as bq3dm1 was. This map should be sized and stocked
well enough to carry around 6 ppl.

bq3tourney1: Instant Karma - This was the first map in the series and my favorite to boot. It was heavily
influenced by Qauke's DM1-The Place of Two Deaths by Tim Willits. I was trying to recreate that look and feel
that I experienced the first time I stepped into DM1 on a server, without using that DAMNED BSPC!! I can still
remember spawning and thinking "This is so damn cool!", looking at the bodies on the wall, rounding the corners
, grabbing the boomstick and setting off to ruin someones day. Then looking up at the ledge
just in time to catch a pineapple in the face and a smart-ass remark. I think it was "Clean up on isle 9!".
ever since then I have been hopelessly hooked. This map should be good for 1 on 1, 2 on 2, and maybe a 4 person ffa.

single play and skill settings are supported
tournament play will work well on bq3dm1 and bq3tourney1
various size ffa's should go well on all maps
bot (aas) files are included for all maps
There is no CTF play
There is one "new" texture and shader included:
the texture is "q1teleporter" and was copied either from an original Quake1 .wad file <--SEE REVISION 2, or was created by
someone else. I am sorry that I do not remember where it came from so that I may give the credit where it's due.
The shader is bonesaw.shader. It is just a copy and paste of a section of id's sfx shader file. The entry was
called textures/sfx/q1teleporter.tga and apparently was written for a q1 style teleporter that was not included in
the game.
There are no new sounds or music.

Installation instructions:
1) This should be unzipped into your main Q3Arena folder so that it resides along side your baseq3 folder so it looks
something like this:

2)You should have the latest patch in order to use this Tier
as of this writing March 15th, 2000, the patch is up to version 116n.

3)Start quake3 and under the main menu select the mods option, then select the
Tier Afterlife entry and click "load".

4)After the game loads select the single player option. This will bring up the level
selection menu. Now click on "reset", (this should not have any affect on the single player main game, it has not change any
thing on mine even with all the beta testing I have done).
This will bring up my introduction shot at Tier 0, Now click on the arrow to go to Tier 1 and begin as usual.

This is my second release for quake3, although it's the first time for anything this big.
My other works include:

All these are available on my files page at my home URL. And though they have all been released I have yet to have any reviewed.
No good or bad, just no reviews for a myrad of strange reasons.
App. 2 weeks before reviewing Bodily Harm Multiplayer Quake closed its doors.
I received an email from Capt. Dynabul about the 3rd week of December informing me that Bodily Harm was about to be reviewed and
he made a post on Christmas Day, and has dissapeared from the face of the web.
QIC has lost both my Q2 and Q3 submissions due to a site redesign and I am now agian at the bottom of the list to be reviewed.
The same applies to my submission of Q3Cornered to lvl.
The Heretic Map Atlas has posted my maps (the second has a borked link), but never reviewed them due to a lack of manpower.
And so on, and so on.... etc. etc.

All these maps were built from scratch with the exception of the inspiration for Instant Karma (and thanx to John Lennon for the title, A great man that is sorely missed).

They were made and compiled on:
P200mmx
64meg EDO ram
256meg permanent swap file
3dfx V3 2000 pci
Any and every pc tweak that I have been able to pick up off the web short of Overclocking.

Build time has been about 3 to 3 and 1/2 weeks for all maps
Compile times have been either forgotten or not known. I revised and recompiled so many times that I just didn't care anymore.

My thanks go out to the ppl. at id software (past and present) for the making of the quake games.
(That's also where my Wife's blame goes too) =)
Robert Duffy for the cool tools that allow us to make the Quake engine games our own.
And Tim Willits for the inspiration for Instant Karma.

All referances to Quake, Quake2, and Quake III Arena are registered trademarks of
id Software, Inc.

All references to Heretic2 are registered trademarks of Raven Sofware, Inc.

Review Site authors,
This Tier may be broken up into individual maps for review as long as this readme is included in every individual distribution. But it would be greatly appreciated if with each individual review that a referance was made to the entire tier, as well as a link to it's location that it may be downloaded in it's entireity. If there is enough demand for it I will break up the .pk3's into smaller singular versions for more convience.
Thank you for your cooperation. It will probably be uploaded to cdrom.com and I am not sure where it will end up for a final resting place.

This readme has been revised in the fact that since it was written this afternoon the latest
point release has gone up to 116n. This is the only difference between this readme and the one
that will be installed in your Tier Afterlife folder.

After rearranging my HD somewhat to get things more in order I have found that the credit for
the Q1Teleporter texture in fact goes to :

I would like to say thanx for the texture and appologize for not including this mention in the
original readme, and any confusion that this might have caused.

Using textures from any other copyrighted game is a no-no. =) 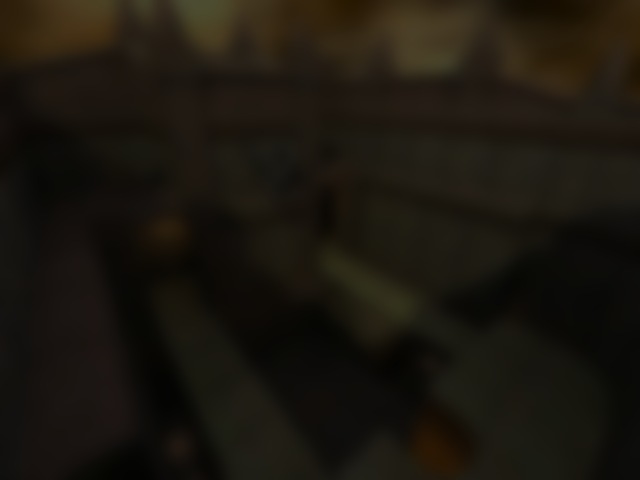