This map was made for the 2004 Burial Grounds Quake III mapping competition, and took about three months to construct from the first test levels through to the final release.

Gametypes supported are DM and TDM. I don't recommend a player load greater than 4v4 in TDM unless you have a grunty rig, though there are 14 spawn points. All weapons bar the BFG are here, though there is no ammo for either RL or RG . Powerups are regen and quad.

custom textures/shaders = yes, mostly by ydnar (including the skybox); others made by the author either from photographs or from scratch;

custom sounds = the lapping water sound comes from X-Pac's Blacktown map; the thunder sounds are of unknown origin; the rest are Q3 vanilla

custom models = yes, all by the author (.md3 and .ase) except the barrels, which are the work of QKennyQ;

* the bots like to scrap on the trailer outside the green roller door, and seem reluctant to move the fight elsewhere. Cretins...
* the bottom of the elevator shaft is being lit by the skybox, and this appears to be an artefact of the radiosity compile. The outside of the elevator shaft was textured specifically to avoid this, yet it happens anyway.

All the members of the Academy, my mother (sob, gush), my director (boo hoo)... oh hang on, that's the Oscar speech I wrote for Gwyneth Paltrow... um, special thanks go to ydnar for writing the window shaders, for teaching me the Way of Sorting Fun, and for all his textures, without which this map would probably have looked a bit pooey actually. I'm not sure, but I think there's a texture of his (brick-med-tan, the black brick texture on the portal buildings) I've used in every map I've released but one. How about that. If you ever make it to Oxford, UK, ydnar, I owe you at least one whole sweet delicious pie. Thanks also to the people at Quake3World Level Editing Forum who tested it and offered suggestions. And thanks to all people who made Q3A and wrote all the apps I used in putting this hideous beast together. 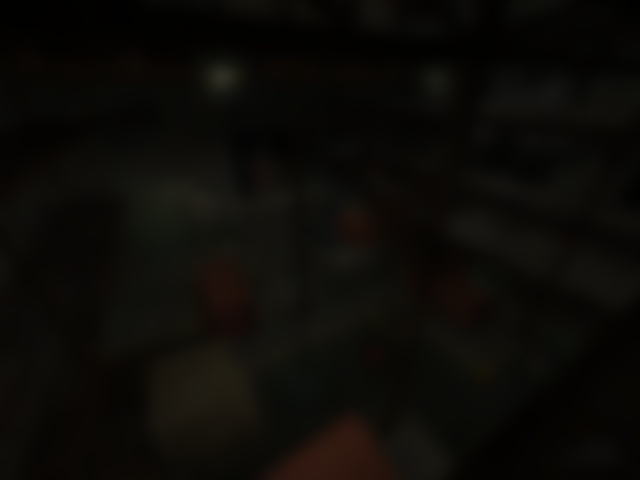