The brothers, "Quake Hero's" some called them. Never before have they fought together so they set out to find the ultimate arena. "this is fun and all" said one of the brothers, "but what I feel when deathmatching isn't as glorious as the stories of ancient battles".

The brothers make an attempt at resurrecting an ancient arena of death but are surprised to see that it's not the same as it was in the book. "Perhaps it was teleported from another dimension?", says one contestant. "Maybe nobody lived to record the true history of this arena", says the brother. "Lets blow stuff up and kill each other!". They both agreed that this place was in dire need of death as life was all to evident. None of them were comfortable with the idea of killing each other in an arena they had not studied, so they called a truce as they began searching for secrets lost in time.

"I can't seem to get this teleporter to work", says one of the hero's. His brother makes an attempt to burn the surrounding foliage, "these are either an illusion, or one tough breed of plants.. My bullets seem to go right through them". They proceed to walk around a ledge in search of some sort of evidence of past deathmatches. "Hey, why don't you jump down that hole and see if you can't work that teleporter?" says one brother. The other brother jumps down to another ledge in a very strange room that suggested no other purpose but to provide passage for deathmatchers, of course this wasn't strange to this seasoned "quake hero". He jumped down to the floor where the teleporter was.

"It won't work! How am I supposed to get out of here?", says the brother as he bangs the side of the teleporter. "why don't you climb out?" says the other brother, "Hey I'm a deathmatcher not a climber!". "why don't you go see if you can find a switch or something to turn these grates on?". The other brother moves along in search of the magical switch to enable the deathmatch. These things usually come with a magical switch.

"I found a big ass button!!" shouts the searching brother. "when I shoot at it I hear a sound from out there, do you see anything?", "no, but I hear it too". At this point the brothers are very frustrated. Having assumed that this arena would be filled with infinitely spawning weapons they left their rocket launchers at home, there's no rocket jumping out, and with too much Quake Hero pride they would not resort to "climbing" out.

Eight days later, one of the brothers looked up to the teleporter and he saw a flash of light and the portal opened. To exhausted to move, he remembered a passage in the ancient text describing that the arena's were driven by death. His brother must have died first. With a smile on his face and an ancient arena finally recharged, this was not the dishonorable death he once thought it would be.

More of an exercise in modeling and texturing than anything else. The level is a rippoff of DM4 from Quake. It was created using all freeware tools (gmax,gimp).

thanks to new Q3map2 power I was able to do some new things in this map. I was able to export the geometry from the map and make models interact with the world geometry (where before it was the other way around). There's radiosity so the sun can bounce around.

You MUST NOT distribute this level UNLESS you INCLUDE THIS FILE WITH
NO MODIFICATIONS. If you don't co-operate, then DON'T DISTRIBUTE IT
IN ANY FORM.

This LEVEL may be distributed ONLY over the Internet and/or BBS systems.
You are NOT authorized to put this LEVEL on any CD or distribute it in
any way without my written permission. 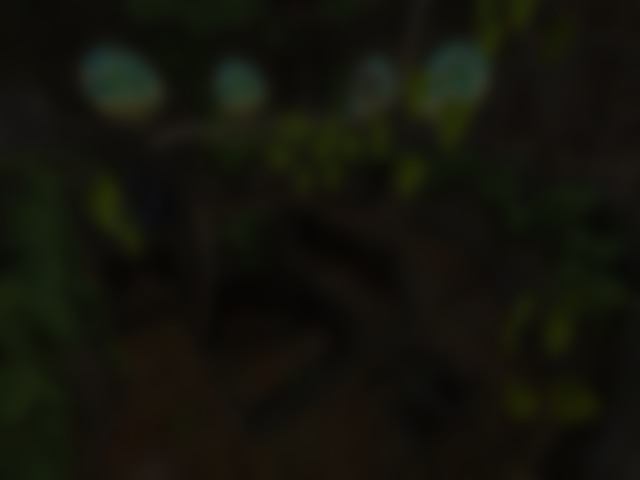