This map is a bit inspired by a certain UT map .. which one you'll know .. I really think it
came out great though. The map is circular with three floors and a big open area in the middle.
Deep hole w.lava in the center that opens if any of four buttons are shot.
Lots of weapons and stuff, no lightning or BFG tho. My best map so far! :)

The contents of this PK3 file are copyright 2000 Wilhelm Svenselius. You may freely use the included textures and shaders for your own map, but don't be a lameass and say you made them.

Thanks to: [iZ] and Rungy for some of the shaders, and tutorials.
Also www.quake3mods.net and www.qeradiant.com

Changes since build 41:
* Added even more RL-jumping countermeasures .. should be impossible to get outside
glass walls now.

Changes since build 38,39,40:
* Tried a few new sfx's
* Removed said sfx's .. either looked shitty or lagged down the game to 3fps
* Hunted down and fixed annoying bug with brushes overlapping

Changes since build 37:
* Changed a couple of textures
* Moved the zep around a bit
* More colored lightning
* Added some sounds
* Added a few neat sfxs

Changes since build 36:
* Removed cushioning texture (invisible wall in mid-air? hmm..) and replaced it with missile-
clip, acting as a ceiling for the glass corridor
* Replaced a few caulk textures with the real thing, textures could be seen from corridor
* New lava texture, much brighter (4000 instead of 2000)
* Added intermission spawnpoint
* Fixed some more bugs... 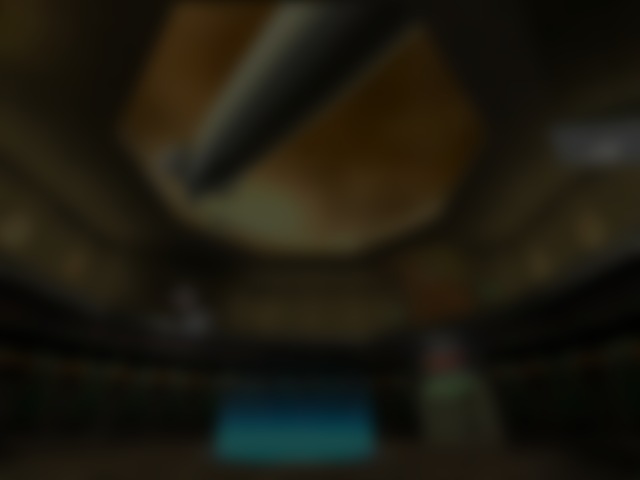