Installation :
Unzip and place gon2_nomusic.pk3 in your
Quake3 -> baseq3
The map should now be accessible in the Multiplayer menu or by typing in the console:

There is also a wallpaper in the .zip

Description : Guns Of Navarone (GON) has been my second Q3 map.
It was a floater based on the idea of using the jumps as cannons.
The idea worked well, and the level was downloaded more than 15.000 times.
So, after 6 months, I decided to make a sequel.
The structure takes inspiration from the original GON, but the gameplay
and the mood are pretty different. Now you are on a desertic planet, and not
on the sea as before. The cannons are placed in different locations and not
in a raw. You'll find different new sounds... paying attention on them, you'll be able
to recognise which cannon is shooting in each moment of the fight.
There are 3 traps: one opens the "gates", the 3 gates where the players land
once shooted by the guns. Another will make the MH campers fall down in the void.
A third trap will be the sadness of the Quad hunters.

Player Base : Free-For-All
Number of Players : 2-6
Best Player Load : 4
New textures : yes, the most are made by me and others by ID.
New shaders : Yes, made by me and on from ID.
New skybox : Yes, made by Sock - www.planetquake.com/simland
New music : Yes, made by Ronny Rasmusson, the same sound designer who kindly
made the soundtrack of GON.
New sounds : Yes, 2 types of BOOM and a mechanical noise from the opening pillars.

They are written on the wallpaper you'll find in the .zip

Authors May Not decompile the BSP as a base to build additional levels
without previous Quint's permission.
Authors may use the included custom textures & shaders provided they give note of such in an attached readme.

You MAY distribute this pak file and/or its contents by any
electronic means, provided you leave the contents unaltered and
include this text file, also unaltered. This file may not
be commercially exploited in any way. 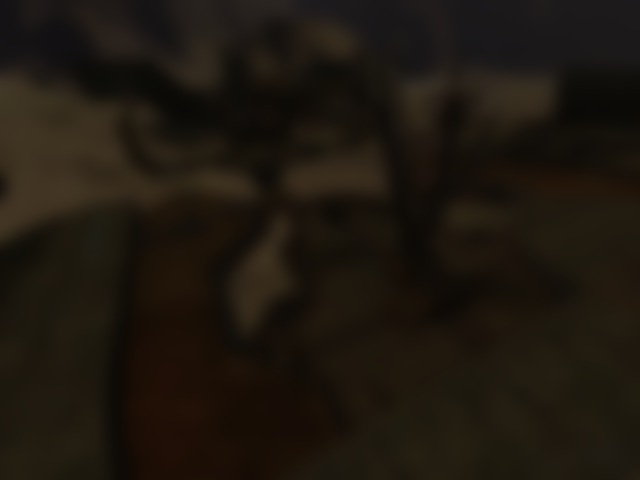