This mod takes American Football to Quake 3. Two teams compete for a ball that should be carried to the enemy-s touchdown area. Players start with lots of health and armor (how much depends on the map), as well as a selection of weapons (which and with how much ammo also varies by map). In general, there is the MG, SG, RL and a few RH shots (most maps give you only a few RG shots). You also have a grapple/hook.

You have a limited time to score a goal. How much also depends on the map. Most maps give you around 30 seconds per round. As players die, they exit the round. This sets the stage for a fast-paced gameflow where you must score whilst fighting enemy players. Kills give no score to teams but makes the goal easier to make.

There are special comments which perform a whole range of "throwing the ball" actions, most of which make no particular sense to me (I've never seen an American Football match), like "Hail Mary", spike ball, field goal, charged pass and the like. Sure fans will know them. This means the game can be highly collaborative and strategic.

Maps are essentially symmetrical bases facing each other. Some are simple football pitches, other are complex arenas with obstacles, bouncers, teleports, flying planes (for real), undeground corridors and the like. One is a round coliseum. The last one is a one base only map (although couldn't figure out how to make a goal). Two maps are available on ..::LvL as standalone, adjusted for standard quake 3 of course.

Bots are supported, but it seems they do not understand the game at all. They do shoot enemies but that's it. They jump around all the time, which combined with a special physics config in-built in the mod creates some massive push effects, throwing players miles away (great for mid/air rockets). That means offline play can be fun for a while but it does not take the best of the mod at all, which is collaborative football. For that you will need humans.

Mod comes with unique sounds, hud and the like.

So, if you are into American Football, this is a great chance for consistent fun, provided you have friends to play with. Otherwise, skip it. 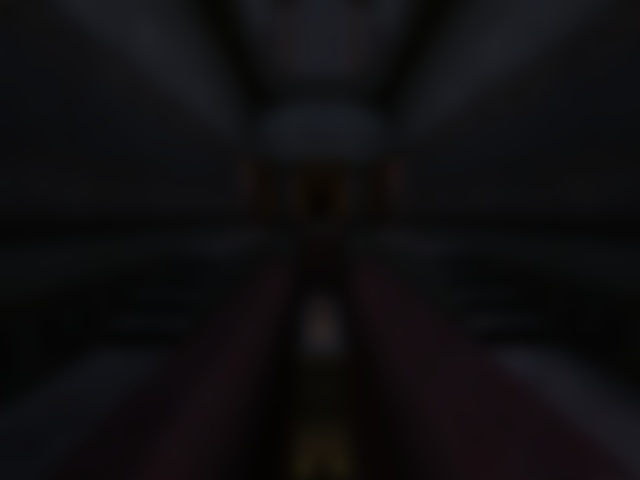