Takkie Rep. 1536
#13   14 days ago
This is a great map. Tight, fast, good bot support. Nice shortcuts. Cohesive texturing. All good.
Agree (1) or Disagree (0)
<SuX0r> unregistered
#12   03 Mar 2002
I'm going to go with ArQon on this, I found the map to be more stratigical than anything else. The YA and RA are close to each other and easy to control, I found RG to be useful tho' as the RA is v exposed. Maybe good players would know where you are all the time but it is quite easy to get a shot or two off with any return fire needing a very good shot to hit. Anyways, the map feels nice to play once you learn your way round with many shortcuts and RJ's/PJ's. I really liked dueling on this map so 9 from me (and the avg is lower than it deserves). Is always fun to kick Anarki's ass as well, bots play well but they will never understand how to control a level :p.
Agree (1) or Disagree (0)
GuitarMan unregistered
#11   05 May 2001
Yeah! You make very good maps, Charon. And yes, the bots go for the Red Armour!
Agree (1) or Disagree (0)
ckat unregistered
#10   05 May 2001
Nice theme, great gameplay :) Cool :) 10/10 :)
Agree (0) or Disagree (0)
DOBERMAN PL unregistered
#9   04 May 2001
IT'S COOL MAP. Tlumaczenie opisow przez SILENCERA tez jest fajne.

Agree (0) or Disagree (0)
park unregistered
#8   02 May 2001
Looks good. Thought it seemed a tad to tight in spots. But I have to agree with arQon about the vertical-ness. Good to see quality custom maps come out with good use of 3d..2d maps seem to be id's style (for the most part) wether that is for newbies or just lack of creativity..dunno.
Agree (0) or Disagree (0)
arQon unregistered
#7   30 Apr 2001
Yeah - they go for RA for me too, generally.

I think it's a little TOO tight in places - CPMA maps usually feel a little smaller than they really are because of the speed/djump/aircontrol combinations that let you get around them a lot more quickly than in VQ3. The water sound cues are important, because otherwise it's too easy for the guy with the lead to run away and hide.

PG instead of the more powerful LG works well, and the exposed RA is good too, but YA+GA is almost always a better choice for duel maps. RL is very much the weapon of choice on this map, but the sight lines mean you're generally eating away at them with splash until they go for RA itself, so two good players on this map will make for a very low-scoring game.

Found a few nice tricks and shortcuts, and the map does play nice and fast, although there were a couple of places that I found myself REALLY wanting to make djumps but couldnt find anything to do them off. I'll look around a bit more... :)

Aside: it's really nice to see more mappers using a vertical element now instead of the very 2D Doom-like style of most Q3 maps.

Oddly enough, I think the map plays a lot more strategically than as a fast map, simply because it's pretty easy for both players to be tanked, so that first shot becomes a lot more important...

Agree (1) or Disagree (0)
martin unregistered
#6   29 Apr 2001
smooth map, nice style and FAST. some of the under hanging archiecture got in the way a bit (specifically opposite the ra) but it was minor

conistently good maps - keep it up :]

i got it from charon´s site (www.interactivedeath.net) a few weeks ago . i just love this map !

on my rig the bots grab the red armor . get that map now !!!

Agree (0) or Disagree (0)
Tigger-oN unregistered
#2   29 Apr 2001
Wow, I never saw a bot go for it but I always choose a bot or 2 at random.
Agree (0) or Disagree (0)
Charon unregistered
#1   29 Apr 2001
Just wanted to mention that the bots do go for the red armor. I'm not sure why they didn't for you, but when I play them on this map occasionally one of them will do a jump from the railing or the stairwell platforms to it.

As for the tightness, what do you guys think? I was trying to emulate the feel of some of those CPMA(Promode) maps I've been playing lately. 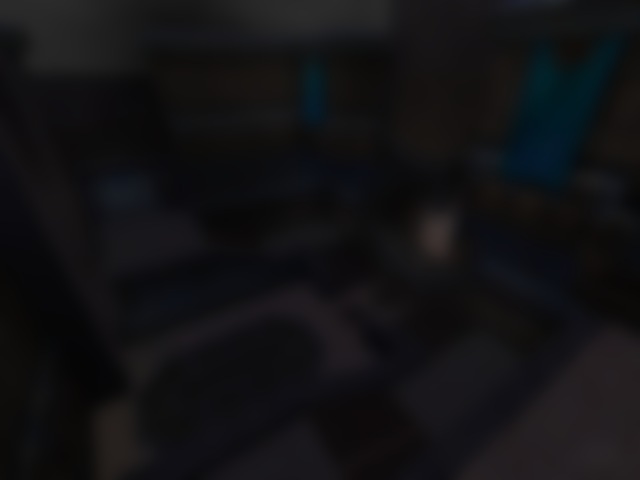