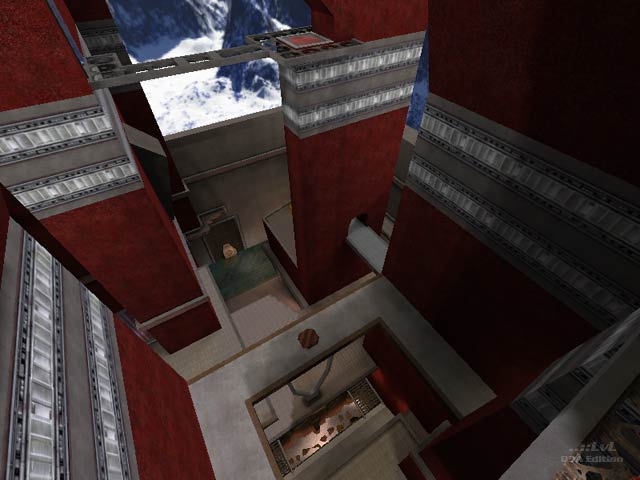 FragTastic Rep. 2241
#27   11 Jul 2012
Edit: I have played this map and I thought it was pretty good. The space theme suited the map very well and it wasn't too spacey like some floaters. It is a large map but can not be played with more than 9 bots since lagg starts to occur and messes up the Gameplay. It's a really cool floater and hope to see more work from you soon. 8.5/10
Agree (1) or Disagree (0)

Another way is the use the author browse option. Again, top right of the site, then: Browse -> Authors -> 'P', then scroll down to 'pjw'.

Say do if you get paid could you make a few TDM maps with support with 32-64 players?

Agree (0) or Disagree (0)
PhreekUhXoid unregistered
#18   12 Jul 2001
pjw... your map rocks... some people are just dumbazzez/
Agree (0) or Disagree (0)
pjw unregistered
#17   30 Apr 2001
I tend to take lectures about honesty, deception, truth, and so forth with a grain of salt if the commenter can't seem to be true to his/her own ideals. How about being truthful about your identity?

I also find your comment to contain a number of gross generalizations. I assume you intended to imply that Tig/Mandog are somehow "buddy buddy" with me. All I can do is deny that--there's no way to prove it. :-)

I actually find your other comments to be more disturbing. A statement about "the mapping community" as a whole makes about as much sense as selling your car for gas money; the community is just too diverse. Visit the Quake3World Editing Forum and read a few of the beta map threads. People occasionally get their feelings hurt, but they usually get quite frank feedback. Speaking for myself, I've never been afraid to tell someone that I don't like their map (and give my name out), and I'm a part of the mapping community, at least the last time I made the secret sign and said the secret password . . .

A truthful review of a well-known mappers work? I assume you mean a truthful review from a reviewer that didn't like the map all that much (as opposed to all those positive reviews which are obviously just sucking up). How about the review of Hubster's remake of Aerowalk over at the Big House? Alcatraz didn't like that one very much (right or wrong). Guess he might have had it in for the author (since there's always so many complicated motives going on behind the scenes in the mapping community).

Whatever. I'm not going to respond to any more goofiness like this. If you like the map, or don't like the map, I'd like to hear from you either way, but leave the conspiracy theories at the door. Thank you, drive through.

Agree (0) or Disagree (0)
Johnny Law unregistered
#16   30 Apr 2001
Goodness... how cynical. "Afraid to speak the truth?" I think you're on the way to getting some painful cuts from Occam's Razor; the simplest answer, and therefore likely the correct one, is that not everyone shares your tastes.

There's been a wide range of reactions to this map, which indicates to me that it's an unusual map that scratches a particular itch for some people and leaves other people cold. Is it really necessary to seek a more sinister explanation for the variety of opinion?

Post your own review by all means; that's helpful. But to claim that anyone with a different reaction must be lying out of some ulterior motive... heh.

Agree (0) or Disagree (0)
not entered unregistered
#15   30 Apr 2001
This review just goes to show that the mapping community is to "buddy buddy". I'm sorry, but this map is not good nor fun. We all know the good work pjw is capable of, but not this time. Thats the problem with the mapping community, they seem to afraid to speak the truth about their peers work.

When is the last time you have seen a truthful review of a well known mappers work? Face it, they all have produced stinkers. Yet, when you read the review it's like the map is the second coming. I think its time for a little honesty, stop worrying about peoples feelings and start telling the truth.

Agree (0) or Disagree (0)
pjw unregistered
#14   28 Apr 2001
Hmmmn. All valid criticisms to at least some extent--except for the sniping/camping gameplay (there's a lot of it, yes, but mainly? I don't think so.) and the BFG--I think it's fairly well balanced and pretty difficult to get, especially in the heat of a battle, but that's arguable as well, I suppose, depending on your degree of skill.

What I think you may be failing to consider is that the qualities you pointed out were all very necessary to some extent . . . this map is quite large on x, y, and z. It's also very open. The openness is something you're going to either like or not--I do, you obviously don't--that's okay. I don't like cottage cheese. We're all different. The point is that given my desire to make a large, open, expansive map, I had no choice but to use relatively big/simple brushwork (and thus, texturing) or many computers would have run like they were full of pudding. :) Same w. the jump-pads vs. stairs issue. I could have created some cool stairways and other structures in various places (and did, in fact, in an earlier version of the map), but the tris count was just way too high. I had three choices:

1)Scrap the map completely, or redesign it completely to be something totally different (which amounts to the same thing). I assume you would have taken this one. (Are you a mapper? Not that it means anything re: your criticism one way or another.)

2)Release it full of cool brush work and detail, and to hell with the lower-end systems and people who own them. If you get 15 frames per second then upgrade your computer, you loser. ;)

3)Make the best map I can with restricted brushwork and somewhat blocky structure, knowing that a far larger number of people will be able to play and enjoy it.

Again, sorry you didn't like the final result, and thanks for going into more detail on your criticisms.

Agree (0) or Disagree (0)
martin unregistered
#13   28 Apr 2001
i was not putting the map down for the sake of it - i read the comments here and on the front page and i downloaded it based on these recommendations.

the map WAS a huge letdown:

1. the texturing was simple verging on basic

2. the gameplay was restricted (MAINLY) to sniping and camping

3. the map lacked flow. when you can see another player, the only option you have is to pick them off with the rail because to engage them in close combat would involve travelling quite a way along awkward architecture simply to find that they left half an hour ago

4. jump pads that were there simply because creating stairs/another way to get there would have looked weird (implying that the areas you were connecting were improperly built in the first place

5. the teleporters and the fleshy tube things were quite nice but hardly warrant the download.

Seriously though, I am sorry you didn't find it enjoyable, although your opinion seems to place you in the minority . . .

QKennyQ and (I assume?) uni, thanks for the kind words guys! :)

this map takes all the worst elements of every "box map" ever and combines them to make one uber-crap map.

the narrow ledges are fun for a moment then they become annoying. a camper/sniper wet-dream.

it looks bad too

Johnny Law: "strangely fun"? Funny, I've been described that way by every girlfriend I've ever had (including my wife). It must be my personality rubbing off on my maps. ;)

the "thanks" tex is hidden well and might drive you nuts trying to find it!

i love the curvy stairway area with the yellow armor ... and the sludge is extra gross!

Agree (0) or Disagree (0)
GONNAKILLYA! unregistered
#6   22 Apr 2001
I had a blast on this map with all the vertical action and quick double-backs.

Interesting tidbit: When I first started this map, I made the basic outside structure (without most of the walkways or chasm, etc.) and then walked around in it for a bit, decided it was still too small, and scaled the entire thing 100% on x,y, and z. "Dammit, no one's going to tell me this one's too cramped!" heehee

Thanks for the postive words, Tig!

(anyone found the secret "thanks" tex yet?) 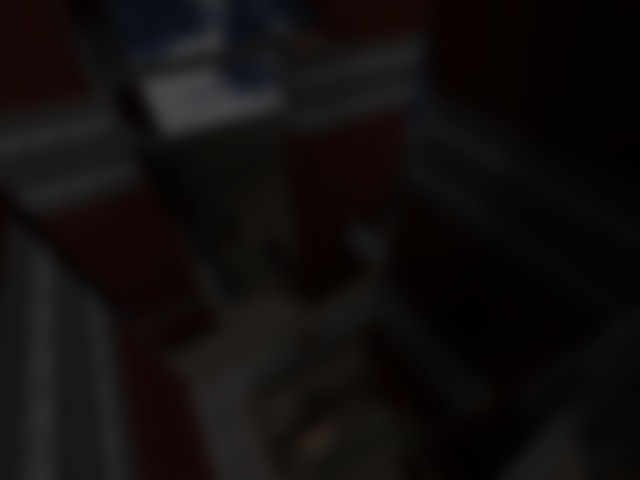