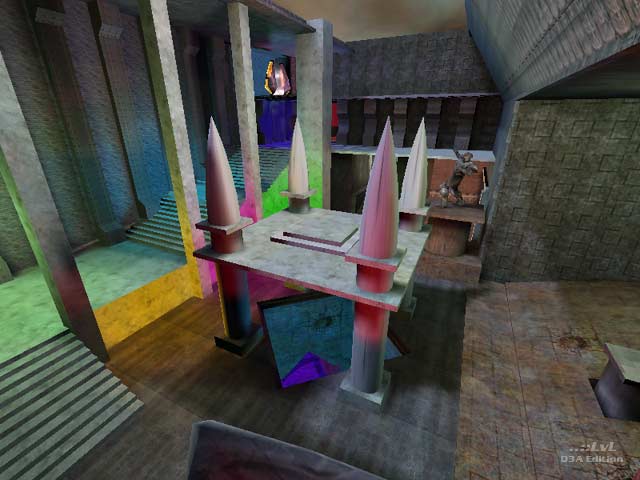 But really, the map has bad overuse of lighting. I can only accept that if its a disco based realism map were in.

Im so pleased you (drpd) looked at it with the objective eye of a jumper...the next map is in the works and its not like the first....after all I have enough fps now...I dont need to try to add variety so frame cheaply :)

Agree (0) or Disagree (0)
drpd unregistered
#23   06 Nov 2001
lots a trickjump opportunity, gotta give props for that. its really good to see trickjumps being integrated into maps as essential skills to control it.

i agree with the rest, its ugly shit man! someone please PLEASE clean these up? looks worse than a dirty eddie (when you finger someone analy, then wipe your finger across under her nose to giver her a shit moustache remenicent of a man named eddie, whos dirty).

Agree (0) or Disagree (0)
unknown entity unregistered
#21   27 Apr 2001
y0 silky, dude great stuff just forget about the lameass hes just jealous...because it dont matter where he plays ya u still kick his ass....i just love the way ppl whose asses u kick get revenge by using an aimbot and even then they struggle to get a hit....yer grow up lamers.....didnt anyone tell u that jealousy is a curse....get over urselves and recognise the things change and there aint alot anyone can do about it accept roll with it....take a chill pill wankers ......great stuff sliken....gimme more...;)))
Agree (0) or Disagree (0)
SnuFF3r unregistered
#20   14 Apr 2001
I like it. Was great to play it at MPU last. Hope to try out the newer versions when you come down next.

Agree (0) or Disagree (0)
Silken Tofu unregistered
#18   12 Apr 2001
Kaygen, have you got a reason why eveyone else is to blame for all of your life???
Id say so if you can abuse me for wasting your hdd space...
fortunately, though your outburst was most sad, and we can all see that you must have a sad life...to go looking for people to abuse, and stick with the blame for your shit life...have another drink and wallow in the misery that is your state of overblown self value

Id like to thank the amateur critics at this point, Im happy in the knowledge that what I made inspired emotions...despite the fact I will take the good advice and ignore you with the disdain that is required when dealing with such incomplete personalities...to find a way to attack me personally thru a map I created is truly remarkable work of a sick mind.

Only Tigger-on and Thanatos managed to keep criticism to the subject...hence the advice will be heeded, and due respect paid, to the other critics, thanks for the confirmation that I have achieved something...reaching both the good nice people, and the sad detractors with nothing of worth for anyone, except those looking for pain....

thanks to all who responded and thanks to Tig for the site...Well Done

Agree (0) or Disagree (0)
Silken Tofu unregistered
#17   12 Apr 2001
yeah I hear agreeing like that might get you a good review for your map....but I dont think Tigger is quite that lame...nice try though..be sure to post your maps address, and let me see what you can do
Agree (0) or Disagree (0)
Tetzlaff unregistered
#16   10 Apr 2001
This is one of the most ugly maps i´ve ever seen...misuse of textures everywhere, horrible ligthing, overdone coloured and without any visible light sources, wtf?!

The layout may work well, but i really can´t stay longer than 1 minute in a map that looks so horrible and pointless like this one...

Agree (0) or Disagree (0)
LPBuffy unregistered
#13   07 Apr 2001
Well done G..Love the bot comments also :D
Agree (0) or Disagree (0)
=NCG=Xelphor unregistered
#12   07 Apr 2001
I must say I really like the play-ability of this map. Good job! There are a couple things I would change/add to it just to make it even more interesting though. If you ever host it somewhere let me know I'll go through and show you a couple things I noticed etc and show you some tricks to see if you even know you added them in the map! Good job!

Agree (0) or Disagree (0)
Thanatos unregistered
#10   07 Apr 2001
I agree with the review: plays well (if a little rail-oriented, but thats a matter of taste) but it could do with a little toning down on the bright colours :)
Agree (0) or Disagree (0)
boiling point unregistered
#9   06 Apr 2001
I think it plays well - the colours aren't that bad - this is a q3a level - not the interior of my house! It's all context. Now that I think of it, it's really not the lights and new textures that are the problem - it's the old, granite textures that were left in. They detract from the atmosphere that Silken is trying to create.

The fractal textures -while nice on their own the lacement doesn't really seem to be for any purpose. Busy textures like that are fun to camouflage-camp in front of - maybe fill a wall with one, plant a crucifix on the wall you can rocketjump onto and rail from?

Bots seemed to use the map well. If anything this map could benefit from being taller than it is - the scale is broad and open, I'd like to spend more time up on the walls and overhead.

Had the pleasure to test this @ MPU before it was released to those bloodhounds we call reviewers.

Played excellently, really really fast paced action, and so different to anything seen in most Quake maps....Great stuff...hope to see more

Agree (0) or Disagree (0)
coke unregistered
#7   06 Apr 2001
The map plays great silken--tofu where u got that title from ill leave up to others imaginations. I found the map play flowed real well, very quake1 style fast and furious.

Your originality in design is really refreshing in whats becoming a stagnant world of maps, but maybe a little to much bright, remember GL-Quake saw alot of this when mappers had cheap lighting ;p Me thinks youve map q1 maps before.

Agree (0) or Disagree (0)
Maakari unregistered
#6   06 Apr 2001
Erm. Just what mental institute you guys escaped from? I really cant say much positive things on this map. Gave it 1 for pity.
Agree (0) or Disagree (0)
aNaBoLiX unregistered
#5   06 Apr 2001
awesome is all i can say...its a great change to the boring colours used in other maps...its a really playable map.

i rekon the reviewer should take a long hard look at himself.... maybe even kill himself

Agree (0) or Disagree (1)
www.teamnbk.com unregistered
#3   05 Apr 2001
Lemme say one thing about this map. I LIKE IT. okay 2 or 3 things. I am damn tired of the same gothic maps. this map is kinda Koool actually he tried to do something differnt. The pink lights are a bit much blazin at about 400 maybe make them a differnt color and tone them down to about 200. I like what he did using the girders as crates and floors and the jump pads were kinda neat..

you got a bum wrap on the review I like it. 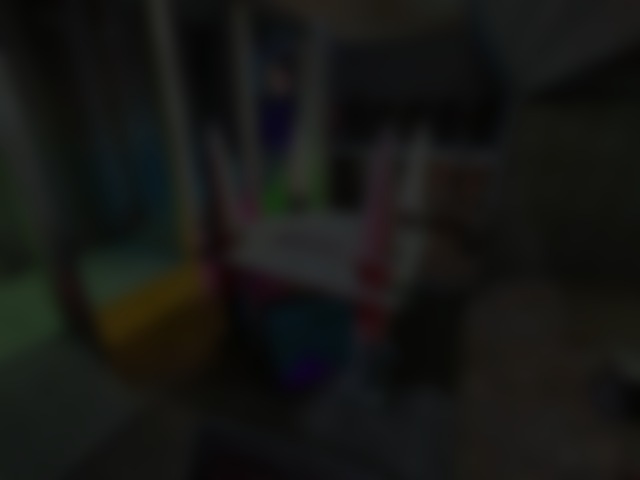