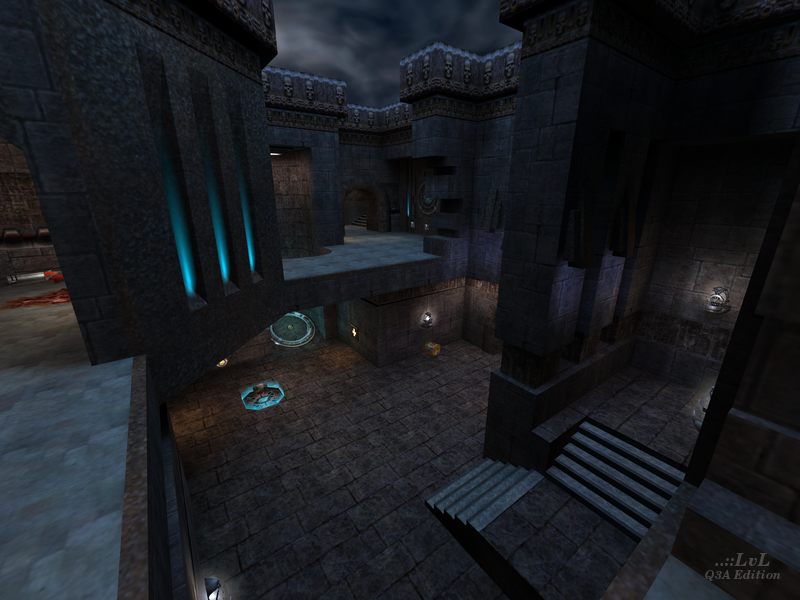 Its amazing what a couple of well placed zero scores will do.

This map is the result of an exellent collaboration ,and the thought and preparation that has gone into it has been {for lack of a better word} HUGE.

Love or hate a map , ppl who vote a map down with such stupidly low scores as 0 or 1 are just pathetic.

Agree (0) or Disagree (0)
MiTieGe unregistered
#8   06 Apr 2001
This is a great map. It looks really nice, but it's the gameplay that rules. I can't believe it's rated so low here (6.6 at the eime of posting, I'm sure it will rise). This is one of the best tourney maps I've ever played. I haven't played it in VQ3, maybe it's not as strong there.

Dismemberment plays really well in Pro Mode- quite fast but with a lot of depth. The connectivity is great, and bunnyhopping makes the map a lot faster. There are some great opportunities for combo shots, particularly LG/RG. But rail doesn't dominate completely in Pro Mode- I have a feeling it might in VQ3.

Anyway, get this map, play it 1v1 in cpma a few times and I think you will be very pleased.

I was useing the skybox in my map linkdm1 i am working in Linkdm1.

I tend to like darker lighting, and I was in a very "mechanical" and brooding frame of mind when I polished the aesthetics of Dismemeberment. So, hence the darker lighting:-)

I'm a big fan of strong atmospheric quality in a map, and I tried to live up to my own standards:-) I hope I did.

Many of you will find the map plays MUCH better in Promode.

VQ3 fans may want to download HUB3TOURNEY1 (same map, with slight item adjustments). HUB3TOURNEY1 is used by the CPL, so I guess for the VQ3 fans, thats the version to grab.

The feedback I've had since I released this has been pretty full on. I guess I still get bewildered by it all sometimes:-)

Agree (0) or Disagree (0)
Dionysius unregistered
#5   01 Apr 2001
Fine job Hubster. I love playing custom maps and I like making my own too (though mine tend to suck..lol) Being somewhat of a pesimistic critic of mappers....I still can say that you have made one beautiful map. Only gripe is the soft lighting...little brighter and it would have been perfect. Never the less, awesome map man... :)
Agree (0) or Disagree (0)
Killer unregistered
#4   01 Apr 2001
Absolutely brilliant. A very clean look which makes it stand out from the plethora of gothic themed maps. Definitely a "Must Have" map IMO. Reviewed it on my site too - www.planetquake.co...t_have_maps.asp
Agree (0) or Disagree (0)
mommentum unregistered
#3   01 Apr 2001
It's also known as cpm12 - a map from promode's third map pack (though it doesn't really have all those trick-jump opportunities).

gameplay and lighting are the best part of the map. brushwork is a bit plain although well executed and flawless 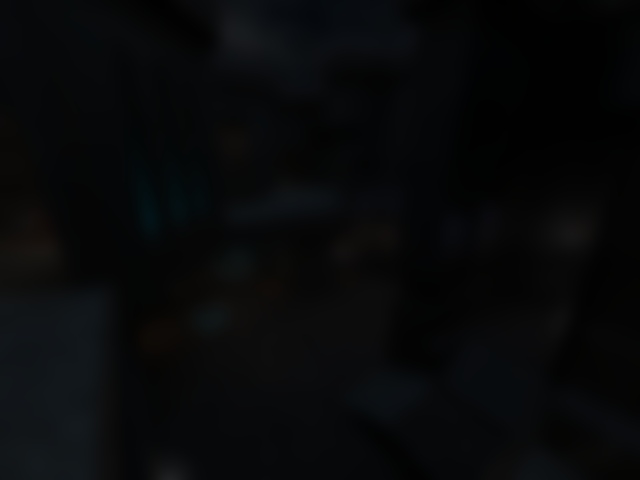