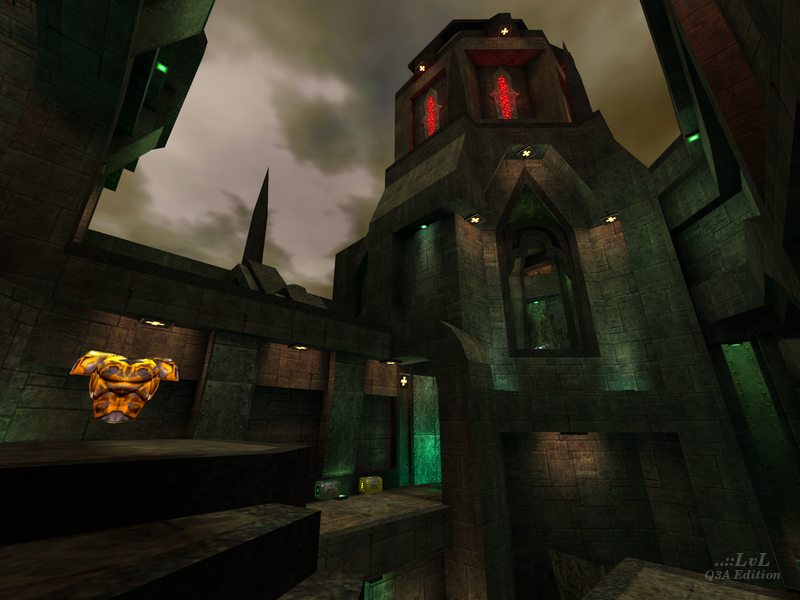 raspatan Rep. 4259
#65   06 Dec 2020
Excellent map! Lots of flow, superbly connected levels, lots of great horizontal and vertical fighting. There are some clever things in the map enhancing gameplay, like the window you can see in the image. Great for attacking the yellow and MH above it (which location is great). Item balance is lovely. Location of RL cannot be better. And textures and lighting are greatly chosen too.
This is an absolute keeper. I was only going to test it but ended up playing like 10 rounds! Addictive! Good choice as a featured map Tig!
Edited 1.02 minutes after the original posting.
Agree (3) or Disagree (0)

EmeraldTiger Rep. 2443
#62   24 Aug 2011
Got the chance to duel on this on FragLove. Very intense and in-your-face duels combined with one of the best gothic settings in Quake III. Needs to hop on the QL train.
Agree (0) or Disagree (0)

Hooyaah Rep. 559
#61   28 Feb 2010
The ominous atmosphere and superb detail make this arena's environment a work of art; the game play is not a disappointment. If you haven't downloaded and saved a copy of this map already, I recommend that you do so and see what you have been missing.
Agree (1) or Disagree (0)
CaptainWoW unregistered
#60   14 Mar 2006
Yeah time went by quickly. This map dates from quake3's "golden age". You ge the idea. And it stood out. In both looks and gameplay. It was great to see coloured lighting being used correctly. No puke green on this map :)

Anyway, I gave it a 7. I love the atmosphere, i'm not much on green maps at all, but I like how he combined the green the whole green theme with the gothic theme. Most gothic themes just all seem the same with lava and red/gold lighting and atmosphere. Auhsan really came up with something unique here, I hav'nt seen anything like it, and i've downloaded well over 250 maps and looked at the screenies for all of them!

So now you are probably wondering why I gave it a seven... Well maybe i'll just be mysterious and not tell you! =P j/k Well, there is a lot of zebraing that I noticed, some of which is very obvious. This alone makes is a bit of a dissapointment. Also I did not care for the gameplay at all, there is a lot mot more vertical action than I care for (although I know this is personal preference) and the teleporter in the balcony room is very annoying.

Still, this is a very good map, and still, one of the best.

who puked on the walls?

geting the MH is always fun

Plus it's green, how can you possibly go wrong with green? :)

Contact Sargeant Hulka, that mod needs a 1v1 map b4 it releases in the near future!

makes me want to keep running....no time to stop heheh...i want more of this type of map

I agree with xfoo about the tele's. Map seems to work best for small dm.

Still a 10 though, no question

i was kinda expecting more. gameplay is ok but the 'all green' theme of the map didn't suit my taste. i like rich colored maps :) still good though!

works much better as a 3-4 person tight dm match than a tourney map. it doesnt work well as a tourney map because of the tele.. go from one ya to the other ya with a nice rl in the middle of em.

Agree (1) or Disagree (0)
Zarathustra unregistered
#17   15 Oct 2000
Exquisite to look at. Very nice touch (in an evil dungeon sort of way ;)). The lighting and the subtle architectural choices are really sophisticated. Also I personally really like the layout. I'm becoming a bigger fan of dodging in and out of complex spaces rather than having wide open areas all the time. Maps like this seem to really make you play the map rather than do the same old things you can do in a square box.

Only complaint I have is some of the items and placement. I'd have swapped the rail with the shaft, since there are relatively few good rail type open areas or long halls. Also, there aren't enough good things up in the top levels to spread out gameplay.

I prefer a Hamster rather than a statula. Even better if it's still alive =).

Also I like how this map doesn't look horrible even on my normal play settings: 680*480, lightmap off, low geometry, and r_picmip 2. Must be the green :p

is that a hint?

Agree (0) or Disagree (0)
not entered unregistered
#1   14 Oct 2000
It's rare when a map comes along that excels at every single aspect of mapping. Not only is just the architecture stunning, the lighting sublime, or the gameplay ferocious. They all are, and the result is far greater than the sum of its parts. This map is so good I almost feel obligated to buy Auhsan some type of small present, like a spatula or maybe a hamster. Ok enough gushing, D/L this map and nag any server admins you know to get it into rotation.
Agree (0) or Disagree (0)




Review

Download

Comments

Votes

Overview

Media

Screenshots

Panorama

Readme

Bookmark

Browse 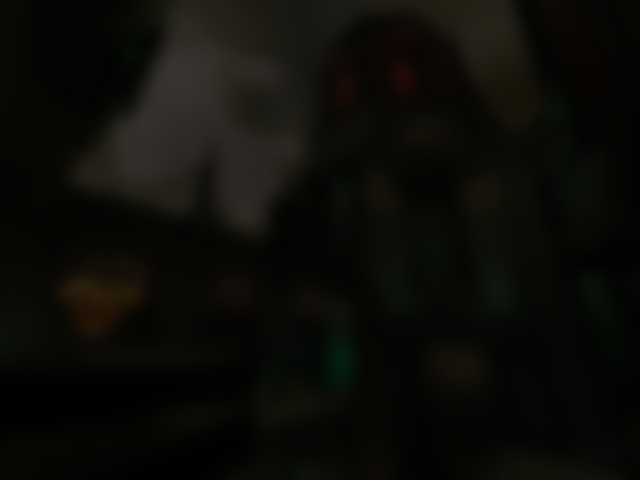