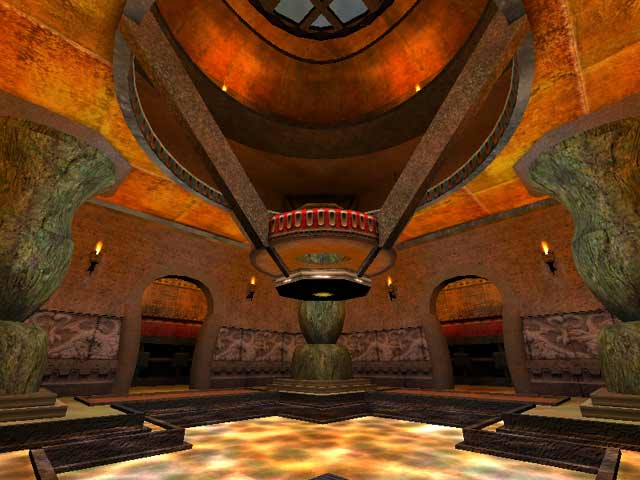 **Preview only**
Be sure to submit your comment
Submit
Preview
Cancel
Submitting comment...
Des unregistered
#10   27 Jun 2001
Despite of the rather simple symmetrical structure it's not boring. I'd like the dark passages round the border to be a bit lighter, but you can still find your way - and of course do some snipering from them. The jumping tubes don't work all the time, but most of it. Original construction !
Agree (1) or Disagree (0)
RawShark unregistered
#9   20 Mar 2001
Well, I'm the guy to blame if you didn't like this map - I gave it second prize in the Quake3Stuff.com map competition! Most ppl seem to love it - it's always in my Tourney map cycles, so I'm ain't gonna apoligize :)
Agree (0) or Disagree (0)
antimatter unregistered
#8   23 Jan 2001
You just never cease to amaze do you? This is another excellent map. I did have a few problems though. First, Its much too easy to camp the rail, shoulda put a bounce pad chute that leads up there too. Second, I got caught in the bounce pad chutes on most occasions. But anyway, great map
Agree (0) or Disagree (0)
Tetzlaff unregistered
#7   03 Nov 2000
I like this map, interesting tower architecture comes together with unusual gameplay. Really Nice!
Agree (0) or Disagree (0)
DreamKing unregistered
#6   13 Oct 2000
This is a beautiful map with an interesting layout. I found it to be a bit too dark and constrained for my liking though. The layout really lends itself to camping (which is more annoying than the drum loop...just kidding about the drum loop). As for the r-speeds (and their effect on frame rates), although they reached a whopping 20,000 at points, I didn't notice much of a problem (P2 350, voodoo2/TNT...not a burner by any means). To quote Paul Jaquays (from the Q3Radiant Manual): "There is a tendency for rate of frame display to become a sort of god (or at least a “greatest good”) for some players. Their quality of play, whether real or psychological, revolves around how fast their computer is flipping through screen updates. Everything else, to them, is throw away. While the design and complexity of a map can affect this, so can many features that are outside of the designer’s control. For that reason, frame rate is not a particularly good way to judge the quality of your map."
Agree (0) or Disagree (0)
Timmy!!! unregistered
#5   12 Oct 2000
come on people. what is up with this speed problem?? You need to get at least a Geforce2 to experience true Quake3
Agree (0) or Disagree (0)
Timmy!!! unregistered
#4   12 Oct 2000
Nice. I didnt have any problems with speeds and the sound was good. The way the map was set up was awesome. Definatley a keeper.
Agree (0) or Disagree (0)
Tyre unregistered
#3   12 Oct 2000
Didn't like this at all. Far too symmetrical, and the dark corridors at the edges are horrible.
Agree (0) or Disagree (0)
Johnny Law unregistered
#2   11 Oct 2000
I had the opposite reaction from Tig... I kinda liked the sound loop, but the play didn't grab me. Main room seemed a bit simple, and the side halls too tight, and that was all there was to the map.

Guess there's widely varying opinions on this one.

Agree (1) or Disagree (0)
Dubbilan unregistered
#1   11 Oct 2000
Well, I know about the high r_speeds but this is the competition version of the map, which won 2nd place at Q3Stuff.com!

However I have released a version of the map which take down r_speeds as much as I could!

It's not enough for everybody, but it did the trick for my own computer :)

P.S. I have never before heard any bad comments on the drumloop.

Most people love it! 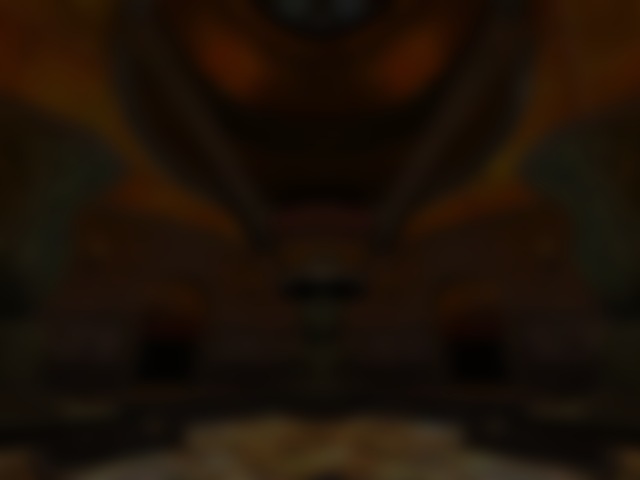