4 years down the line and it still kicks ass!

The understated, yet detailed visuals and excellent use of architecture and shaders rate this map a solid 9.

The only trifle I have with it is the overly complex teleportal-thingy.

seem quite right to me.

1 point... based on the screenshot? I appreciate your support!

This is the best use of spotlights I've ever seen on a map. The lighting as well as the light fixture design is right on. I couldn't take my eyes off of the cool-mint lighting in the hallways!

Your mapping skills are obviously at a professional level. (I have no idea if yer working in the gaming industry....but you should be)

I just can't get over the graceful simplicity of the overall design and even implementing this philosophy in the smallest of details.

The bouncepads are cool, but IMHO I thought the length of the volumetric beam/brush was too long. Oh well.

Your teleporter route takes you to every part of the map, except for that quick switch from the RL. I would have prefered a few more jumppads in place of the teleporters to the second level, however. Or perhaps some stairs. Whatever, these are nit picks.

Shit, I just can't get over the quality of this map in terms of simplistic detail. The eye candy abounds, but it's certainly not too distracting.

Seriously, most mappers don't think of adding a simple touch such as pipes on a grated catwalk. It really shows you have a nack for artistic expressionism in maps.

Sure, gameplay is KING.

This map isn't even as fast as I like, but mapping is also an art. When you can make an "average" map stir Tig and Mandog to rate it as a "must have level", then you know there's more goin on than just eye candy.

Seriously, if Tig and Mandog call my map a "must have level" then I'll be pleased beyond all hell.

Laerth, you have my respect. Your shit is good.

If my next map doesn't look half as good as this, whoa boy!

The layout could have been a bit more vertical with another level but that's a personal nitpick. I also had to add another bot to intensify gameplay.

I'm givin this thing ten. The playablity was a bit slow, but the effort put forth for the eye candy is why I bought a 32 MB video card in the first place.

When's the next one?

yes but gameplay is nothing innovative. As Johnny Law says everyone has different opinions about gameplay but for me the layout is "by the book" and results in predictable a game.

Agree (0) or Disagree (0)
Sundown unregistered
#16   13 Sep 2000
Klondike bar, eskimo pie, muted blues and pewter-- the coloration combo is arrestingly yummy. This is not a "newbie" map, IMHO, its a great chase map--a particular kind of Q3a play that some may not like, fer sure. I do, especially if you play against people with skill. Download this puppy, and lick the walls of a sculptured (soon to be) classic.
Agree (0) or Disagree (0)
MogWaEE unregistered
#15   13 Sep 2000
I was impatiently waiting for the author's next map... I've played lae3dm1 over and over, and I have to say that it has to be one of my favorite all time maps! So what can I say about his second creation? Well, I think that it's great work, and as the review says, it's a "must have level", but it's just not as good visualy and gamewise also. The brush work doesn't seem to be as well constructed as lae3dm1 (damn that was some nice architecture), and the gameplay is a little to horizontal for my taste. Nevertheless, this is one map which is staying on my hard drive! I give it a 8.5 (rounded to 9 obviously).
Agree (0) or Disagree (0)
Johnny Law unregistered
#14   12 Sep 2000
So... when people (like some of the comments below, or like the review at TBH -- www.planetquake.co...iews/crime.shtm ) tell what they like about the gameplay of the map... what, are we just lying?

Rather than tsk-tsking about people who "STILL after all this time, judge a book by it's cover", maybe you should consider that perhaps some people simply have different opinions about what makes good gameplay.

Agree (0) or Disagree (0)
The Hubster unregistered
#13   12 Sep 2000
A pretty map, and as been the focus of many debates for some time now, this map falls into the category of "Pretty, but little gameplay".

There are levels out there that look like they were drawn in crayon, but their gameplay features are unparalleled.

In short - A simple, pretty map for newbies.

Agree (0) or Disagree (0)
Dagwit unregistered
#12   12 Sep 2000
This is a beautiful map - we'd expect no less from Laerth, and in that respect he hasn't disappointed us. Visually, it is the antithesis of 'Nothing at All'(lae3dm1), which I suspect was Laerth's main goal in making this map.

But I can't help wondering if there hasn't been a price for this focus. In particular, the overall layout is just too simplistic: a few kinks in the corridors and a couple of sets of teleports can't disguise the fact that this is just three rooms linked in a circuit. Normally I start on a map mystified and confused by the layout, then after a while things become sort of clearer; true of this map also, except for the 'after a while' bit. I don't know whether it's because of this or for some other reason, but my experience tallies with those who say that this isn't a particularly hard-fighting map.

The individual rooms, of course, were much better conceived; and in particular, anyone who's ever envied those rocket jumps the pros do to get out of the lava in q3dm13 will find the slime pool in this map a good place to start practising that sort of thing.

As I say, a beautiful map; but there is one visual effect in it which irritates me - and for that matter, also irritated me in 'Nothing at All'. The lamp glare effect that 'supports' the weapons, used in both maps, doesn't seem to feather off properly, but cuts off abruptly to produce an unconvincing boxy effect to the glare. I don't know whether this is an inevitable effect of the engine, or whether the shader used needs some tweaking. Oh yes, and what did the poor railgun do to Laerth that he felt minded to deprive it of its limelight?

Overall, then, a slight disappointment. But even second-best from Laerth is better than most people's best; and while I can understand why a previous correspondent rated it as a 4, I (if I were minded to give numerical ratings) would certainly put it a deal higher than that.

yet 3 bots just seemed a little slow for me.

item placement was well spread out and there wasn't too much health(a good thing).

lighting and textures were great, yet not distracting.

Agree (0) or Disagree (0)
Johnny Law unregistered
#5   10 Sep 2000
Very nice duel map. Game flows well, connectivity seems to be just about right to allow people options in how to get from A to B, but making it difficult to hide. My only quibble in that department is that I would have preferred one of the reciprocal tele pair between the RL and the middle path to be removed.

It's not a DFA divebombing map, but there's some good 2- and 3-level combat.

Looks good too, of course. :-) Great example of the kind of angular architecture you can hurl around when using homogenous textures.

It's available on the Mothership Duel server for voting, see the servers section here at LvL for details.

(BTW, is it just me or is LvL HELLISHLY slow today?) 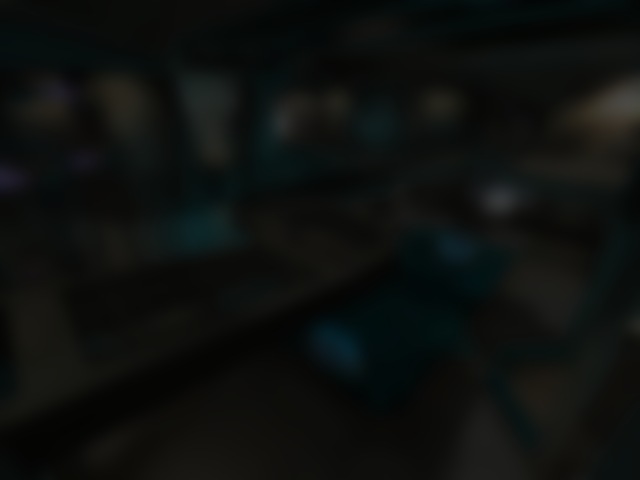