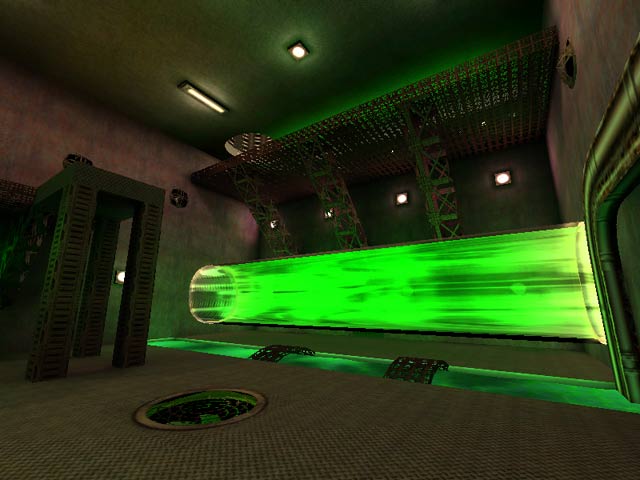 KommissarReb (SW12) Rep. 2210
#8   13 Jun 2011
This map was really fun. The tubes that I went through were cool. I think there were some levels in Quake II That had that....
Agree (0) or Disagree (0)
Saroin8 unregistered
#7   15 Feb 2006
OK, I really loved the idea of this map. It's very creative, and it is fun to flow through the tubes from room to room. I like a bit of a challenge, so it was fun to figure out how to get out of the room with the green tunnel. However in the lava room I think it may be a bit too difficult to get around, let alone get out, which neither I nor my bots ever succeeded in doing w/o death by lava! :) But that's just my opinion.
Bot play was a problem. They seemed to get stuck in the room with the green tube, and when one of them finally followed me and jumped up, it got stuck in the green tube itself. And also, as I said before, in the lava room. I had to put several of them out of their misery in there, as they were just pacing on the lower platform.
There were some missing textures for me too, in the lava room on the platforms, and in the Regen Pool, wh/ btw I really enjoyed.
I liked this map a lot, but it could use some more work. I'm not sure, after the novelty wears off, how often I will play it, but, as of now, I have played it several times already since I downloaded it.
If you do update it I will definitely be interested in seeing what you do with it.
(This is my first review so I hope it was helpful, and not too incoherent.)
Agree (0) or Disagree (0)
!!!!!!!!! unregistered
#6   02 Sep 2000
i mean Kurva hoši, rozumíte èesky?
Agree (0) or Disagree (0)
gorilla unregistered
#5   03 Aug 2000
yeah, well it sounds like a good idea...but...

the tubes are really awkward, they're clumsy and slow as all get out. Beyond that the rest of the map is nothing special. A few missing textures to boot. Good map to miss.

Fallout from using big rooms is that item placement is inheritely bad. Try working on a smaller scale (and perhaps even use a smaller number of regions) with your next level, and you'll find the gameplay to be much better.

Agree (0) or Disagree (0)
Bionic Gerbil unregistered
#2   24 Jul 2000
Tube fun, some interesting ideas, but on my comp the map got a bit laggy. I haven't tried bots and I got discouraged before reaching the BFG. I do believe that the tubing could be optimized in a way to prevent lag and mapping so that game play gets a bot more alive.

the tubes are great new way to go around the boards, makes you think what would ID think of this awesome tubing!

i wish the idea was optimized with a great map!

the energy regenerating pool is a missing tex too. 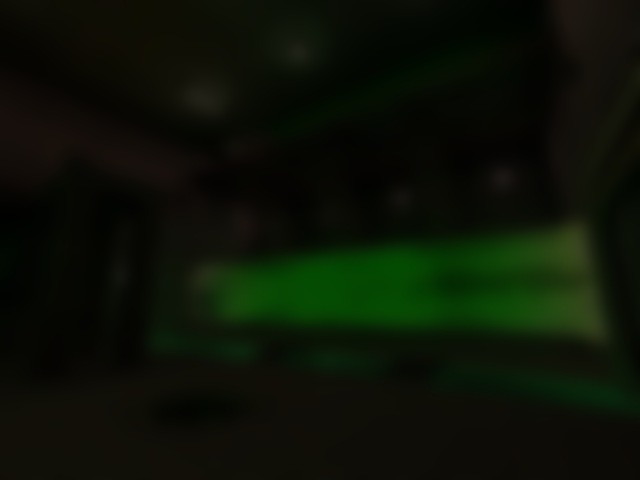