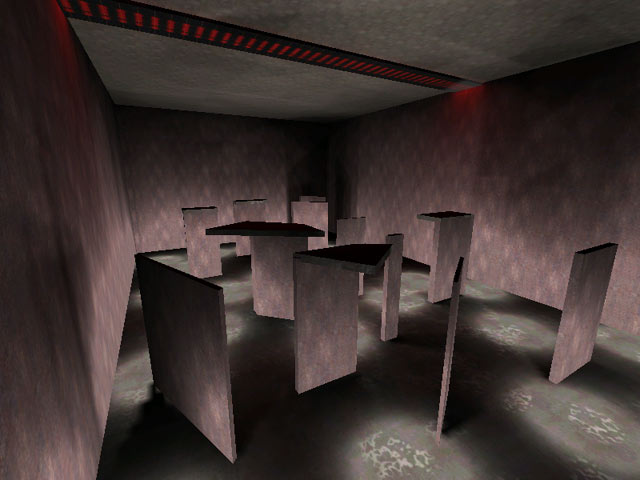 raspatan Rep. 4064
#49   03 Dec 2020
This map has too many comments for what it is. But I must confess I had a big laugh reading them. Poor Pinball. They really trashed the map. And to be honest, deserved. This is terrible stuff.
Edited 29.55 minutes after the original posting.
Agree (0) or Disagree (0)

That aside, I think this map would be ideal for a mod that plays like a 1st person version of Pinball. I play the game Adventure Pinball which I loved playing ever since I was 4 that has graphics very similar to that of the Quake III Engine, but it has an overhead view (expect for some cinematics) instead.

FragTastic Rep. 2221
#44   06 Feb 2012
Difficult platforms where you can barely stand on them with Bot support and weapons. Its fun and challenging although textures let me down
Agree (0) or Disagree (0)
pinball unregistered
#43   12 Apr 2009
Decided to goolge my old map when I was talking to a guy about map making. I gotta say, WOW. 42 comments,mostly bad ones but still :)
I was 14 at the time, had notthing to do, I found mapping quite fun so I made pindm1 (never released) and pindm2
I'ts fun see my bad map Is still alive out there.
I would like to add one thing to my defence, well more like correct some ppl that complained about the lighting. like 99% of hardcore players never play with any real graphic anyway so I thought why bother at all to balance the lighting.

oh I wonder if Pinball ever read those...
hope he isn't too depressed

I am still curious about Pindm1 btw

HOWEVER, as an Excessive sparring chamber, it is unbeatable! quad, largeness, and nowhere to hide is all you need for an awesome online or anti-bot fragging experience! it's great!!!

I never made it back down.

I should have a map posted here on lvl beta, I am waiting for my account to be activated. Check it out when it goes online. I'll try to not, quote: "completely ignore the standards of performance set by others." as Zarathustra so well put it. Or at least, if I make a "silly" map, I'll try to rate it as such from the start!

It is true that some of the maps out there have been made by very young people. I suppose in a perfect world we might have "junior" and "senior" mapping categories so we don't wind up being unnecessarily cruel to little kids who are taking their first creative steps.

On the other hand, older folks should know better. Read reviews of films, plays and games in the mainstream media. You'll find that when a very bad performance is given, the critics don't pull many punches. They draw comparisons to the best in the genre and put the performance in historical context and judge accordingly.

If you are going to release a map to the public, you should be mature enough to take a beating if you completely ignore the standards of performance set by others.

I was crying so much I was laughing from reading the critics and I still had not even played the map yet! Zarathustra started my laughter with quote: "Hmmmmm. This is pindm2. I wonder what pindm1 was like. ;)"

I just registered to submit beta maps, and the critics may not be any better than the ones this map got, but I have to admit that I either miss the author's point, or else he missed the point at mapping. Even "test_bigbox" has a more pertinent gameplay. I thought maybe I can understand the idea even tho many missed it, but on this I have to jump off a bridge with the masses.

Do you think the author killed himself after reading all those reviews? My idea is that the 14 y/o just wanted to be accepted in the Q3A community. yes? Or some guy just figured he would tease us all by doing this? no?

Sorry for making fun too somehow, but I do believe that the overall idea could have been a pretext for an attempt of some kind, but this map cannot be taken seriously. Yet I will attempt to play it with as many people as I can find on my next LAN game.

This map got a review!!?
WHat the hell am I doing wrong!?

Agree (0) or Disagree (0)
Octovus unregistered
#22   21 Jul 2000
Castle, yeah your maps are good, when I finally managed to download one of them (and I'm not blaming anyone for download problems, just stating a fact).

And yes, this is total nothingness, this map. But how would you feel if you sent in a map to LvL, never got any feedback from them, and it was never posted? Anyone can say "Well my map isn't this bad."

I believe you. FFS I have made better maps than this, and all of my maps but one would be defined as a "box-map".

Only one box map (sorry I can't remember the name...when you went into the wrong place, you were transported to a green slime filled room?) that's been on LvL is worth playing.

If you are mapping for fun with friends, and none of you can really map, keep it between you as friends. My {QsRu} buddies and I do that all the time. Don't send it to sites like LvL. They shouldn't have to filter through the submissions they get and trash the worthless ones.

Agree (0) or Disagree (0)
Spram unregistered
#21   20 Jul 2000
Monstro: That's not Spanish, but it sounds like it...maybe its portugese or another spanish like basque or catalanish.

BTW: Castles, check out the map queue on this page to see if your maps are there, sometimes they take time.

"This work is Owing to Yasmat"

Perhaps the author took some advice from this Yasmat guy whn building his map. Hmmmmm.

I have tried many times to get my 4 well made maps on this fucking sight and I come here to see that instead of the maps I worked hard on there is crap like this...

What the fucking hell?

Is the fucking Reviewer doing his own maps now just for kicks?

Agree (0) or Disagree (0)
not entered unregistered
#14   20 Jul 2000
more trash filling lvl. shame.
Agree (0) or Disagree (0)
4Fuxache unregistered
#13   19 Jul 2000
Ive seen better maps in Wolf3d
Agree (0) or Disagree (0)
FooL unregistered
#12   19 Jul 2000
You know, I toyed with the idea of making maps back in the hay-day of Q2. I made a map similar to this. I had all kinds of crap in there. Floating boxes with no textures, bridges where there was no water, and 3-4 kinds of EVERY monster Q2 could throw at you. BUT>>>>>the only other person that saw it in the world was my best friend. There was a reason for that. Anyway. At first I was wondering why there was a Quad in a level this size and then I realized the author was actually throwing in a little strategy. (grin) Want to know how to OWN this level....here it is. Grab all 10 boxes of BFG ammo while the quad is regening. Then grab the quad and rocket jump up to the little hole in the roof to get the BFG. Then unload on full auto. (You will NOT run out of BFG ammo.) HAHAHAHAHAA.

something about owing polarized animals? hmmm...

I especially liked the limited textureset and dramatic lighting and OMFG the curvework is absolutely incredible!

The readme seems to indicate that English is a second language for the author.(I have a lot of respect for you bilingual foreigners)

This map is definitely a keeper, far surpassing "Ancient Archepelago" and "Andronicus"

Seriously though, did this REALLY take all of 30 minutes to construct?

Agree (1) or Disagree (0)
Zarathustra unregistered
#5   19 Jul 2000
I recommend reading the readme.txt file for an interesting excursion into the mind of the author.

"...the big difrence of this map is that the items, weapons and ammo are all over the
map so you cant miss it."

LOL, couldn't have said it better, Im sure that was whathappened, but hey, I have NO ROOM to talk, I have never attempted a Q3a map before, Iand I COULD NEVER EVER, EVER do this bad, HAH! 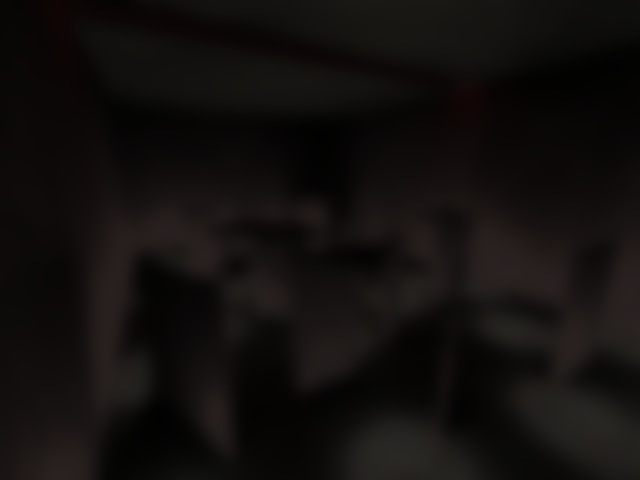