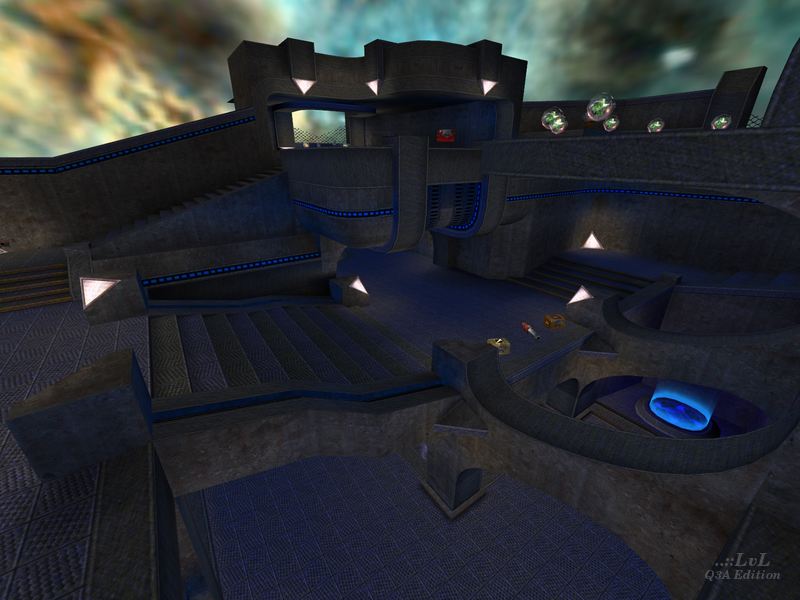 raspatan Rep. 4218
#64   25 May 2020
This is one of those map you just can't stop playing! Gameplay is brutal. The spaces are brilliantly connected. Weapons are very well placed (specially the granade launcher). Enough health and armor. Dominating the bottom floor is the key but it is at the same time very difficult. A shame bots don't pick up the mega or the red armor. This map would be very very fun against human(s). An absolute keeper!
Agree (2) or Disagree (0)

Hehe, I thought I'd leave this but...

I played TONS of QW brudda. I don't know who you play
on this map, but my fellas can quickly lock down the
double juicy...

Don't get me wrong... there is a lot about this map I like,
the author just needs to stop focusing players so hard :)

I agree man. This map degenerates into one fella
camping the red armore and blue ball. You can literally
win the instant you first spawn in. For 1v1 this map
is totally wrong. I mean spawn, 2 seconds and you're
200/200! What kind of moron digs this kind of stuff?

Split the two bombs and maybe it can get some serious
attention...

Agree (0) or Disagree (0)
Weezer unregistered
#41   14 Aug 2000
Okay, the whole f'n world thinks this is the Mac-daddy map. I differ. It's just OKAY. I keep looking for a velvet Elvis on one of those blue walls ...hmmmm
Agree (0) or Disagree (0)
Sp0ofY unregistered
#40   12 Aug 2000
This is a great map. I'm usually cautious about saying that but the map is great to play and looks cool, i love the blue style. I'm not sure about the ra and mh area, 2 pretty defensive things together, I think ra and a weapon or powerup would've been better. But all in all, i can't get enough of it. Great job. 9.
Agree (0) or Disagree (0)
Death2Uall unregistered
#39   12 Aug 2000
Only one thing bothers me about this map. The "fan" jump pads make it difficult to do a jump pad/rocket jump combo because the rocket goes through the fan grill. You can still do it if you aim to the side of the fan but then you bump your head on the invisible ceiling. It's a small gripe but RJ'ing off the pad near the teleport lets you fly all the way across to the other side of the map fast enough to make it really hard for the other guy to rail you. It's still possible but the low ceiling will screw you up at times.

I do like the map though. Quite a bit actually. Good work Bal. :)

Everyone uses ikbasev2 because it looks better :)

Nah, who cares, Q3 needs more textures and I am looking forward to seeing what you have done with the old texture, Fingers.

Bal knows my opinion on this map already as I beta tested it a bit for him but I may as well just add...

Agree (0) or Disagree (0)
undeaDDisney unregistered
#32   06 Jul 2000
This map is better than the bathroom-map. This map is a swimmingpool-map. But earnestly: this map has a functioning botplay!
Agree (0) or Disagree (0)
Fingers unregistered
#31   05 Jul 2000
I don't know anything about how UT handles textures... In any case there's the fundamental difference that UT has detail maps and Q3A (officially) doesn't (so I don't make them).

Bal > As I have told you before, a damn fine map.

Fingers, cant wait to see new version... is that a nice way of saying my map looks like shit tho? ;D

Agree (0) or Disagree (0)
LowGun unregistered
#27   03 Jul 2000
This map is good, but to say superior to Drink Beer and Shoot Things is going a bit far. I think LDBST looks like it was made with that color-scheme and this one may have been added as an afterthought after seeing LDBST. Just my opinion. This map is still a solid map on its own merits though scoring a solid 8 in my books.
Agree (0) or Disagree (0)
ResultsMayVary unregistered
#26   03 Jul 2000
The Good: Very nice use of curves, item placement very well done. Nice theme. Blue atmosphere adds nice futuristic touch. Very nice spacing, not too cramped, perfect for the 1-4 player matches.

The Bad: Not much really, just a few bots don't seem to like the water that much near the mega health.

Anyways, yeah, i totally agree on the bots, it seems that there is an exceptional feeling of sheer stupidity emanating from them =) But i was to lazy to fix'em, sorry to all those people who actually play those dumb bots =( Maybe try getting the Clockbot Demiurg was talking about back down, havent tried them yet, but i hear they are much better...

Agree (0) or Disagree (0)
The Riddler unregistered
#22   03 Jul 2000
Lunaran, you're starting to develop that megalomaniac laugh again. Up the voltage of your shock therapy - should do the trick; failing that, strap into 'Old Sparky' if you need something a bit extra.
Agree (0) or Disagree (0)
SiCdeth unregistered
#21   02 Jul 2000
ack too much blue!

its a very good map though, and it is pretty fun to play but i had problems with the default bots... it seems that there is an exceptional feeling of going back and forth through the teleporter shooting each other with the machine gun. thats all the bots usually did.

plus it was kinda hard to see the bots if they were too far away due to all the blueness.

overall, pretty fun dm, but not as good as bal3dm1.

Hehe, won't you be surprised to see Bal's next map ... hahaha!

Excellent map from Bal, and another winner in terms of pure gameplay IMO ( jeez, that's 2 maps in the last two days that are top notch in gameplay )

Probably the only overpowered area is the Red armor right next to a megahealth; everything else seems nicely balanced IMO :)

Also has a more 'Quake3ish' architectural style than Lunar's "Let's Drink Beer and Shoot Things", which may make this map more appealing to gamers uninspired by Quake 2 style looks ;)

PS: And who is that 'Not Entered" spammer?
I'm here to pick up Quake3 maps and to voice an opinion on them, not to be advertised to :)

About the RA/MH I really wanted a more q1ish feel, and either of them alone just doesnt give u enough power... I still prefer it as it is, but then again, im no pro duel player =)

Thanks again to tig for putting this up on ..::LvL, rocking site...

Better for FFA than Tourney.

Agree (0) or Disagree (0)
Jim unregistered
#1   01 Jul 2000
Overall i found this map one of the best I ve played. The texturing was good the weapon placement was good apart from an anoying placed railgun, with the rocket launcher being the dominating weapon. But most of all I thought the game play was excellent!!

On the whole a brillent map:) 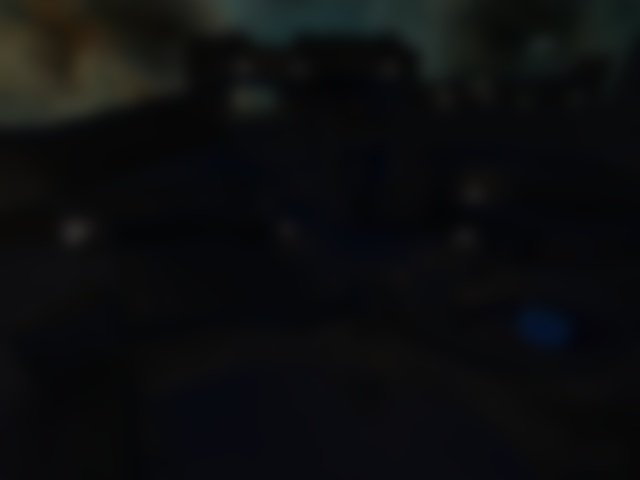