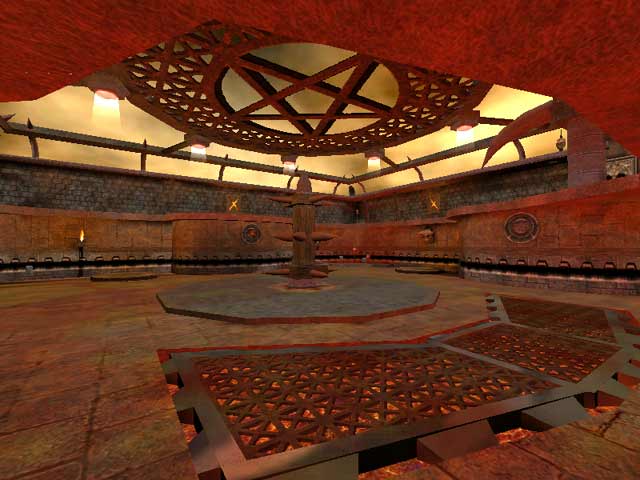 well this is only my 2nd arena :) So I'm quite happy with it :), there comes a point where you can only do so much to a map before you start to add thing upon thing and then it becomes silly :).

As far as the lsd railgun goes heheh :) I added the q2 railgun sound as I don't personally like the q3 version, I find the after buzz on the end of the railgun sound is irritating and as q2s version is shorter and has no buzz :) and after playing q2 for so long ya kinda get used to one particular sound fo rthe railgun :)

the graffix for it :) well yes its cool if you use white colour then u can see all the lsd colours :) looks kinda kool i thought :)

Anyways I decided enuff was enuff and compiled it so i could get on with yet more mapping :)

This is meant as an ra3 type rail arena and bot play is just there for non net peeps :)

I did notice the bot play was fairly good on this arena tho :)

Keep an eye out for my other 2 arenas to be reviewed soon :)

I dunno if anyone has bothered reading my comments on the Space Rail Arena level (page 2 of levels atm) but as to +5 healths, I now realise how invaluable they can be in Rail Arenas..they let you survive those fatal shots ( sometimes ).

Simple, the turny-spike thing was nice (hurt and moved you) and there was only a YA available, but it loses fun points because when you spawn you are vulnerable even with your extra spawn bonus, as everyone else is running around powered up for the most part.

A good rail arena, imh(umble)o the Space one was much better.

Just play it, awesome and the pills are a good laugh,it is an ace design, FULL CREDIT SLOB:))

And if you say its poor, Obviously u play Nerf online, 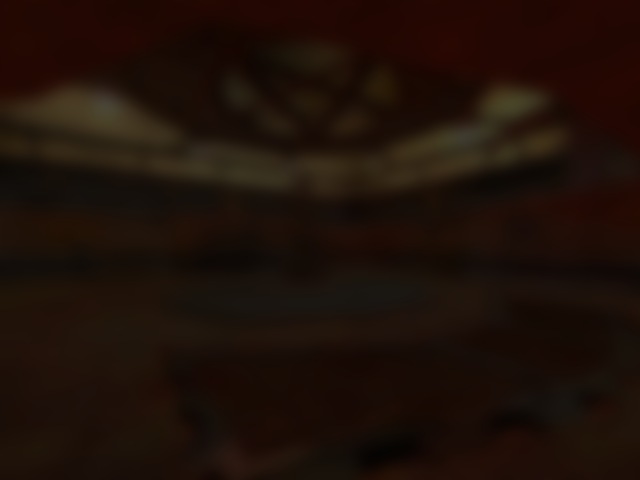