**Preview only**
Be sure to submit your comment
Submit
Preview
Cancel
Submitting comment...
joschi unregistered
#23   01 Jun 2002
mhm... did anybody ever tried to

set this map up with OSP Version

I can spect but I cannot join a

team in OSP mode. In normal mode with all weapons all is fine. Maybe this is rather an OSP bug.

Agree (0) or Disagree (0)
proph unregistered
#22   21 Mar 2001
I like the size and style of the map..do more ctf maps..not enough guys ..or gals doing maps for this very needie mod :)
Agree (0) or Disagree (0)
}{ammer unregistered
#21   19 Feb 2001
yes there is an updated version. Do a search here for my name }{ammer, and it will give you a list of about 3 files, HPAK contains the new updated map, plus a couple more!! Thanks!!
Agree (0) or Disagree (0)
hannibal unregistered
#20   11 Feb 2001
Have the no-drop zones been fixed?!?! Its a great map, but no way in heck will I play again till this is fixed. Please }{ammer?
Agree (0) or Disagree (0)
G13Prophet unregistered
#19   01 Jan 2001
Ok, I d loaded this map about four or five months ago. The first thing that i noticed was that the bots play very well. The second was that it flows nice, what I mean is that the map does not have too many or too few entries into the bases. No real gripes about the map with the exception that there are no slugs to be found, so you have to leave guarding the base to go get another railgun, I think slugs should be put inside where the campers can get to them:) I would like to ssee more maps like this, the size is good, over all I really enjoyed it. I too enjoy Q2CTF and if they are trying to get rid of hook monkies, then don't make the maps so big that you have to run for like 10 min. to bring the flag home. Good job Hammer more mpas!!
Agree (0) or Disagree (0)
Malice unregistered
#18   02 Oct 2000
I tried using this map in my server's rotation and it crashes clients when they connected so I had to remove it. I don't know if it is because I spawned in the pit or what; I gave it 2 or 3 tries and never successfully connected. I figured it had to have some redeeming qualities since it was part of the Beyond Alliance CTF map pak. If this problem was fixed, I would consider about putting it back in for another try.
Agree (0) or Disagree (0)
S3PhiRoTh unregistered
#17   03 Jul 2000
man the dude's map kicks a$s give him a break!
Agree (0) or Disagree (0)
FooL unregistered
#16   21 Jun 2000
Re-Voted and gave a 9 just because he apologized about the no-drop zone. You are god. oh...if you do remake it, the other thing i didn't like but was too upset about was as follows. The hallways going into the bases are too skinny. rocket fodder you know. the other thing is that damn ledge over the door with the bouncy pad on the side.....take it out. screws up my bounce or not to bounce getaway. (overall though....I'd scratch this one and start over. no need to beat a dead horse and all that;-)~
Agree (0) or Disagree (0)
R4z3R unregistered
#15   20 Jun 2000
hehe...
Agree (0) or Disagree (0)
}{ammer unregistered
#14   19 Jun 2000
Ok everyone has made comments about these things, so I felt it was my duty to respond ;P. First the biggest point to make is I am a Q2 ctf fan. SO lets start this by saying when I think of ctf. I think of Q2. OK the teleporters. You respwan in the enemy base, well Q2 had this on most of its maps, I see that you dont like it. But I didnt think on it to hard becouse I thought Q2 got along fine with them. Second The no drop zone. Honestly "grin" I didnt even notice such an entity existed, before you laugh. Remember this mab was made when Q3radiant FIRST came out. The day the editor hit the web, I just started building. Also in Q2, if something is dropped in a pit, or somewhere inaccesible. After a short while they automatically respawn elsewhere. Third, all these mods you keep talking about was not even out when this was made :P. the only ctf, was standard q3 ctf. Im not being mean, Im just saying when this was made, there was no mods out, no resources to research. And I had Q2 on my mind. I realize my mistake, and will definetley remember it. If I fix this. would everyone be willing to redownload it. Do you like my map, and want to keep using it? Could spice it up some? I have learned alot since then ;P. If you want me to fix it and rerelease it, let me know.
Agree (0) or Disagree (0)
FooL unregistered
#13   19 Jun 2000
I have only one thing to add to what has been said about this map. (and you'll have to forgive me, I'm still a little emotionla about it;-)~ Why in god's name would you make a FREAKING PIT WITHOUT A NO-DROP ZONE!!!!!! i.e. I play with T.E.C. because I feel that no CTF experience is complete without the grapple. anyway...to the moral of the story. The pit in the base with the pillar coming out of it... when your favorite Tech falls in there and there is a lack of no-drop zonage you can get down on your knees and weep loudly into the air: "...why, why.....OH WHY GOD OH WHY did you let my disruptor shield in that godless hell hole?!" (but that disruptor shield will never come out) Are we getting the picture yet?! hahahahaha. Long Live the disruptor shield. He who lives longest frags the most. OH.....and next time. No-drop zones for the love of god man!
Agree (0) or Disagree (0)
Steinecke unregistered
#12   14 Jun 2000
Guess, what I think? All the people, sending in unfinished work... -should be punished!
Agree (0) or Disagree (0)
Octovus unregistered
#11   14 Jun 2000
Yeah I was coming back here to comment on those problems, and now it's been done...spawning in enemy base is just wrong , maybe it had something to do with the mod this map was gonna be 4?

Plus the no-drop zone thing, it isn't all that bad especially against bots. As I said I played this in TEC and it worked well, unlike DooCTF2 because there the lack of a no drop zone had all the Tecs sitting in the bottom of the pit.

Bots (and I, for that matter) didn't seem to fall into this pit much =)

Agree (0) or Disagree (0)
RiO unregistered
#10   14 Jun 2000
On the whole, a very nice map in my opinion, but however, the spawning is F**KD, and people can spawn in the enemy base. While this may sound like a trivial point, it is in fact very affective to the gameplay, and can ruin the smaller games.

Aside from this flaw and occasional trouble with the brightness of the smaller corridors and mirror-rooms, it is OK. 7/10

Agree (0) or Disagree (0)
not entered unregistered
#9   13 Jun 2000
kewl
Agree (0) or Disagree (0)
RedFive unregistered
#8   13 Jun 2000
This map looks like something in my line but FilePlanet is giving me headaches again... Ah, the wonders of modern technology !!!
Agree (0) or Disagree (0)
}{ammer unregistered
#7   13 Jun 2000
Hi all this is my map we are talking about. :) And I would like to say, that honestly this isnt a finished map, I was making it for a mod. Then me and the mod went diffrent paths. So the map sent on my HD for months before I sent it in. This map was made in like Febuary. I will agree that the respawn in the enemy base shoulda been taken out. And I have already noticed other things I woulda done diffrent. But my q3radiant knowledge was not as good as it is now either. I could remake this map in half the time knowing what I know now. But anyway, my main goal was fun factor, above all else. I think I have acheived this for the most part. Editing has taken a back seat for now. And my editing skills are better than they have ever been. Kinda Ironic..heheh. Well anyway, i really hope you enjoy the "fun" in this map. And give me all your feedback.

P.S. For all the level editors out there, and there maps. I know how hard it is to edit, when you are unframiliar with the editor, and creativity can be hard to come buy sometimes. Dont give up, I do research, and build sample maps all the time. Just keep practicing.

Agree (0) or Disagree (0)
Johnny Law unregistered
#6   13 Jun 2000
Texturing's not _that_ bad... Two Halves' texturing is more unique IMO (to use Octovus' comparison), but this has some nice touches. It's not straight-ahead 3wave or id gothic. Probably should have done something else for the colored baseboard textures though (both big and small)... there's a couple of styles of those that I would not mind never seeing again.

On the whole a solid map, nice proportions, a few twists to the layout while still not making it overly maze-y. Couple of problems I noticed pretty quickly though:

1) There's a spawn point that is basically inside the enemy base -- up against the wall behind the LG. Most defenders won't be able to see you, and you can hop over and drop down right onto the flag in under 3 seconds. Not a catastrophic problem, but an odd placement choice IMO.

Agree (0) or Disagree (0)
not entered unregistered
#5   13 Jun 2000
Hammer, I'm sorry I was so harsh. Your map has a reasonably good layout and is well textured, but I'm really tired of this setting and texture set.
Agree (0) or Disagree (0)
Octovus unregistered
#4   13 Jun 2000
Good, you did precisely what I meant: Don't just add to every map's board "Please make something new. Same old, same old."

Agree (0) or Disagree (0)
not entered unregistered
#3   13 Jun 2000
Octovus, I did say 'Please' make something new. The map is ok, but rather boring after a short period, we have seen it all before. The author has ability, I am not disputing that and probably spent quite a while constructing this, but the map setting is so familiar.

The layout and texturing have been done quite well, but there are hundreds of maps that have a similar look.

And mostly the same deal elsewhere: It works nice, real nice. The teleporter spawn room, with only one alternate exit, was a little strange at first, but it was nice not knowing what was happening out in the middle till you arrived. For that matter, it sometimes gave you the element of surpris teleing into a battle (with the handily placed rl =) )

The flag rooms were nice and open, though unfortunately the bots only made use of the lower levels. Still, that's better than them getting stuck in upper areas. For this reason, I found myself using the lower floor, though I suspect the same thing would happen online to a degree. Perhaps place a bit more of a luring item upstairs?

Few other things: For one, the bot play is good despite what I said, it is just action packed. The rg was in the classical sniping defense posistion. And finally, this map fricking rocks in the TEC mod! The tecs spawn in all the good places, dunno what it is that determines that, but three TEC CTF games makes this a surefire hit. Methinks I oughta email the mod authors 'bout it to add it to the recommended list. =) Well that's enough praise for one day...all I can say is nice job, and not entered no one is paying attention to you =P 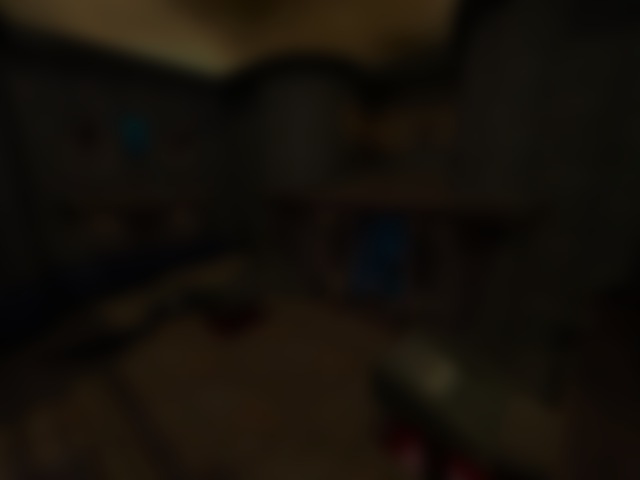