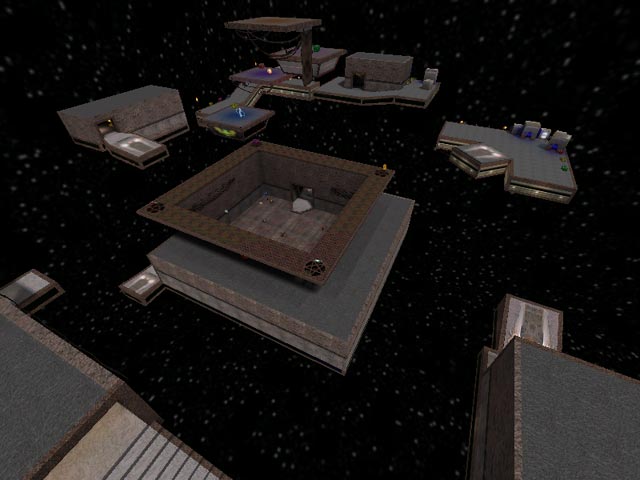 Colton Rep. 329
#10   23 May 2016
I found a bug with this level where if you try to get the BFG ammo next to the doorway, sometimes you can clip through the floor & end up on a section of the void which cannot kill you for some reason, and the HOM effect down there isn't safe with even the machinegun.
Agree (0) or Disagree (0)
Sickle unregistered
#9   24 Jun 2000
This level can get pretty annoying, but so can a lot of levels until you get the hang of them! All of you people that give maps bad ratings, you expect to much. Maps are supposed to be fun, not full of godly detail! They don't have to look exactly like ID's maps! Also, is the Quad Damage room supposed to be a hidden room, cause its off of a ledge where you don't see the room till you go into it, cause the wall is like walk through...
Agree (0) or Disagree (0)
TheFunkyMonkey unregistered
#8   14 Jun 2000
This level was not bad in my book. It needs some work here and there but overall it's fun and interesting.
Agree (0) or Disagree (0)
MIDGet_BOY unregistered
#7   13 Jun 2000
This map was fun to me.....

I liked it so get it or die

Bots in this leve were yucky though.....but they always suck in space

Agree (0) or Disagree (0)
Willy_Wonka unregistered
#6   13 Jun 2000
I personally like this level very much. I beleive if you give this level a chance and play with friends over a LAN then you will experience it alot better. I personally don't know how single player is playing against the bots so I can't form an opinion on that but for MP I think the level is really fun to play. With just a few minor corrections I think this level would be even that much more fun to play.

Agree (0) or Disagree (0)
HaLLuCiNO unregistered
#5   13 Jun 2000
Well I was going to write a review real quick and be mean, but I played this for an hour with a bunch of the guys at the office and this is how it went.

First off, i didn't play with bots, i hate bots, bots are gay gay gay.

Anyway, so were playing, 4 guys including me and the level kicked ass.

The BFG was a constent battle to get, and killing the asshole who was grabbing it was fun.

The bouncy room was a fucking nightmare at first, but after 10 minutes I got a hang of navigating it, and getting out was pretty simple. But it was fucking hilarious when people were jumping around and couldnt get out and picked there asses off with the railgun, good target practice.

I like the layout alot, and picking people off just makes me piss my pants.

Anyway I really liked it. Bot play probably sucks, but most levels suck with bot play, espeically platform based levels.

Anyway thats my rant, I liked it, so sue me.

Agree (0) or Disagree (0)
RockySunrise unregistered
#4   13 Jun 2000
Ok, you guys are ALL on crack. Have you played this level? IT's fun and differnt. The bouncy thing in the middle is annoyying you say... well to me it's differnt and more important is was FUN. Getting caught up in there will another player is funny as shit. And others are shooting at you from long range. I think it's cool.

Also this level with a lan game going it's a ton of fun.

IF your into the GENERIC levels in space , which I have played way to much of them. Don't get this one...but Your right about the falling is too short.

The weapon selection is fun and if you know how to play it's challanging when someone gets the BFG.

hahah I bet you guys played it for 2 seconds , give it a chance I know you will love it. I am also speaking for 4 of my buddies that I play this map all the time with..

Agree (0) or Disagree (0)
RedFive unregistered
#3   13 Jun 2000
The screenie is painful enough, but I'll still give it a 1 for daring to put it out !!!
Agree (0) or Disagree (0)
Vastdeath unregistered
#2   13 Jun 2000
oh fuck, this is the worst map i've seen, the middle box pissed me off, the fall is too short, you can own with the bfg and invisibility. item placement su><or. Haven't you ever heard of something called a clip brush?

i don't even want to try this on a LAN, this map is good for 0v0 games and should be PGP wiped as soon as you download it.

one other thing, RTFM!

Agree (0) or Disagree (0)
TheMic unregistered
#1   13 Jun 2000
OOCH!!! hahaha, well I finally got some critism on my first released map. I hope you find my newer efforts better, I am always looking for some critism both good and bad : ) It's the only way to learn I guess.

If you are one of the few that dl's this level after that review (although I have had 2 very good review on it for Lan purposes) please send comments to me. 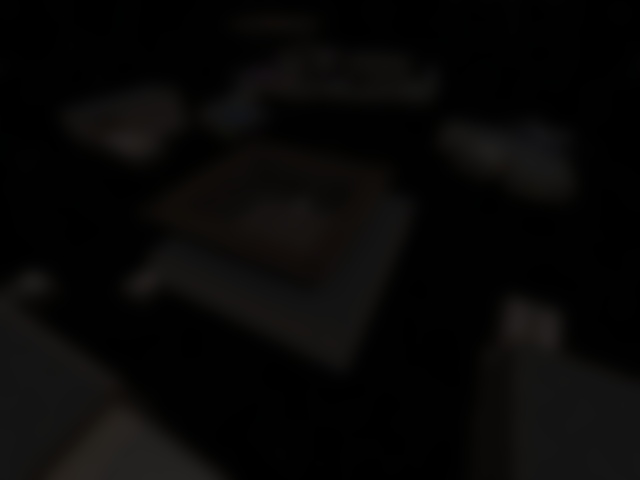