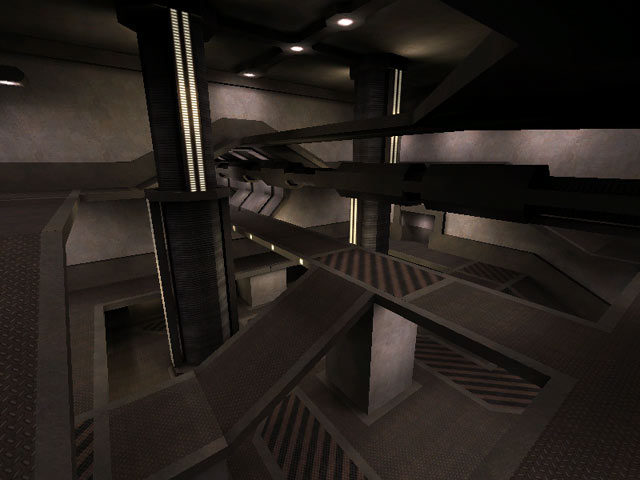 **Preview only**
Be sure to submit your comment
Submit
Preview
Cancel
Submitting comment...
Mark unregistered
#20   06 Jul 2008
This 1 is in my favourites. Wonderful use of ramps,corridors and gangways. Beautiful use of the oldschool textures. Very clean design. You can tell this guy is organised. Little too many ammo clips for the amount of weaponry here but i can see this being useful in team matches and large ffa. I would have liked to have seen a Vore where the RG is. The shotgun is out of the way, MH and Quad spawn in the same atrium and alot of plasma ammo close to the plasma gun but very professionally done
Agree (0) or Disagree (0)
Anonymous unregistered
#19   06 Apr 2006
verry good game
Agree (0) or Disagree (0)
Nitebeat unregistered
#18   27 Jul 2002
This level was part of a q3 pack, on a cd. (game mag)

Yeah well this level isn't bad =) it was a nice change from all the other maps. Did feel a bit "empty" sometimes.

I've never fallen into that pit though :-)

Just DL'd the level and i have to say, i'm impressed. The architecture is very well done and the theme is consistant for a sci-fi construct. The ambient sounds also add to the atmosphere of the level, making you feel like you're on a ship or near heavy machinery. i didn't really get the relationship between the level design and the space invaders, but whatever tickles your fancy. :-) And contrary to popular belief, the grays and browns don't make the level boring. Oh, and the level should work just fine for teamplay; it's certainly big enough, and it has a few open areas which allow for heated battles while not preventing players from disappearing back into the, uhh... metalwork... so to speak.

The one complaint i have is the overuse (in my opinion) of clip brushes. Usually you can't have too many of those babies, but i never liked people removing natural sniper spots from the level. The pillars in the room shown above have ledges spacey enough to stand on for a surprise attack, or just to use to get from one ramp to another faster, but they're all clipped off. How annoying!

Other than that miner gripe, the level rocks! i give it a 7.

Agree (0) or Disagree (0)
n0th|ng unregistered
#15   04 Jun 2000
Hello everyone. I'd like to take this opportunity to tell you I never even downloaded this map... but Ill review the lil picture... from the looks of it its a good map. There's alot of good space for rail matches, and obsticles to hide behind and stuff. As for the color it's pretty dull but hey, it's a fun map anyway. Those 2 pillars in the picture are very nice and round... yeah. All I wanted was a pepsi just one pepsi. What really gets old about this level is that when you're playing it, and you fart, it smells really bad. Expect my name to be randomly popping up across the gaming world untill some day, you see me at the top with the $40,000 dollars and a score like 10 - 2 against nb.fatal1ty. Yes thats right, the future pro of the q3 world is mindlessly jabbering about a map he's never even played on some random webpage or something. I know it seems wierd, and you're probably think I'm drunk/stoned/high, but no. I'm not. I'm really just tired, and bored. Its amazing how long I can go on talking to a bunch of people who dont even know me. Anyway, ill let you back to your map stuff, I give this map a 7 by the way, just by the screen shot. :)
Agree (0) or Disagree (0)
RedFive unregistered
#14   04 Jun 2000
Man that's a huge map! Me and five bots had trouble finding each other in this maze. Could've been nicer if it was smaller and more colorful; it looks like a Q2 map with all the grays and browns. It earns the passing note: a 6.
Agree (0) or Disagree (0)
Eternally In Your Mouth, unregistered
#13   03 Jun 2000
I havent played it yet either, cuz it looks like the asylum that my Aunt just came and got me from. I don't think I will go back there again in a long time. All I wanted was a Pepsi...Just one Pepsi....
Agree (0) or Disagree (1)
JonTart unregistered
#12   03 Jun 2000
I like the look of this

I haf to admit i aint pld it yet but the look is v.nice. Original and new keep it up

I liked it! The space Invaders theme was cool, and the map's constant humming is a great feature: A Q1 feature which Q3 needs more of is background noise. Didn't like the item positioning so much: the Quad could have been better placed than on the top ramp. Was disappointed that although Tig recommended it for TDM, it did not add itself to the TDM list with it's arena file: had to edit it.

it's all brown. Am i the only one who objects to this, the most shittiest of colours? Maybe 'James Brown' feels good but i dont coz i dont like BROWN!! it just gets me down and when i'm playing q3 i dont wanna frown!!

P.S. apart from the diabolical taste in colour everything else is ahreet.

i feel all warm and fuzzy inside now. it's always good to get feedback from people. thanks again for the response! :) 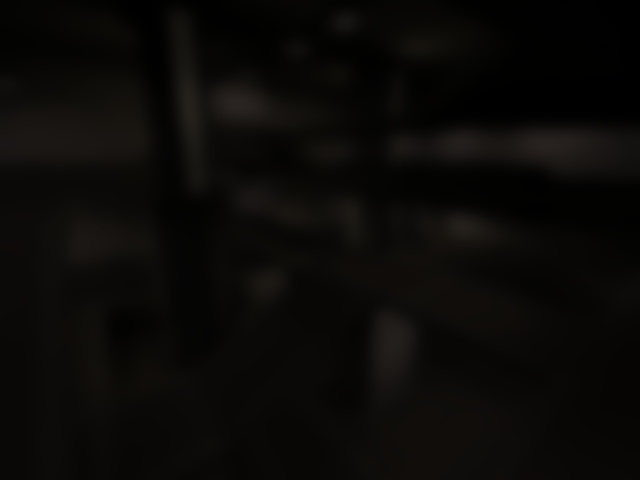