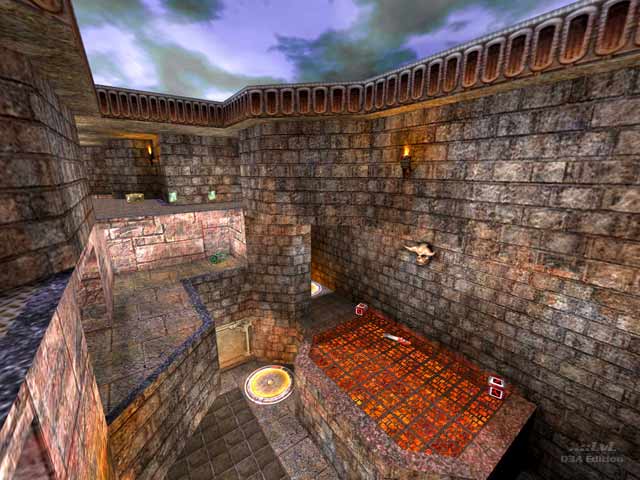 KommissarReb (SW12) Rep. 2210
#33   29 Oct 2012
This was rather a letdown. I know there is that new CPMA version of this map, but I don't like how it is nighttime, or the fact that the brick textures were changed to tech aesthetics.

Just add bot support and an .arena file to this level and it will be to my liking.

Wanna make it even more fun?
Get Challenge ProMode!!!

yeh it looks a bit borin but it plays so well its inspired me to make a map, and has showed me that agood map does need to b fancy in the look dept.

Agree (0) or Disagree (0)
BlueBlood unregistered
#25   26 May 2000
I think this map is for Pros, or atleast not for newbies, cus they see only nice things like nice textures nice curves and so on,.

The oldones like me ;)) Dont look at the map in the same angel, i see the good fast exiting gameplay. What i want to say is that this map ait so nice in textures and so on, but who cares? The opponent is fully visible and the gameplay ROCKS thats the important thing when making a DUEL map.. Thats my word. And for last, Jude YOU ROCK SO HARD :) Keep up the good work,.

They are playing it in the biggest polish q3 league.

I mean the compiled delphi version.

If u can give me a link or just send the file to pyzak@juno.com I would be grateful :)

Oh and gimme a demo of Python playing on it! hehe

Agree (0) or Disagree (0)
Timothy 11 BlacK unregistered
#18   19 Jan 2000
Damn screenshots can be decieving...boring and dull use of colors and textures...too bright in most areas,weird amateurish shading in others..crappy structure..too crammed in spots that shouldn't be crammed...oh and dull!strangely it was fun to play in a 3 player game
Agree (0) or Disagree (0)
FxR|jude unregistered
#17   14 Jan 2000
You have a very good memory Hobbes :)

Yes, Wicked was also a quake2 map i did. This map was basically re-done with the q3 texture set. I took out the water because large areas of water really hinder the flow, and that's not what duel is about :)

I should have another q3 duel map coming up. Iv'e taken in alot of advice on duel maps, and hopefully i can come up with something even better..

Dru - no probs at all, i wasn't having a go at all, just explaining my thoughs on curves.

The mechanics of the level are ok, im not one for the fixed1 super connected atriums myself.. but alot of others aer so i'll shut-up =p.

I have to agree with tig re: the over hang. maybe go in 128 units from the stairs and raise the over hang 64units?

The curves/fps issue is a hottie by the looks of things =) My clan mate pointed out to me after i gave q3a a huge slagging on its performance re: that it may suck now just like q2 did when it was out but as the quality of the systems in homes rises so to will q3's performance. So i think a side point from those wishing ppl did use the new features more is that in future when systems can run q3a with full detail then older maps without curves (to help the fps situation now) will look just that.

Anyway, the layout is pretty cool, havent played it myself. thin wall near the rl destroys the feel a bit there. the map like alot of stuff coming out has good potential if you choose to 'do it up' like ids fps killers (hehe) if you did decided to, you might want to put an extra 16 - 48 unint into the ceiling/floor between the top and middle levels.

g/l with your next effort, and get stuck into Q3R

Agree (0) or Disagree (0)
FxR|jude unregistered
#13   13 Jan 2000
Oh yeah, just incase it's not obvious, the post below this one was by me.
Agree (0) or Disagree (0)
not entered unregistered
#12   13 Jan 2000
Dru, i didn't use curves in this map because i couldn't. If you had've read my post below, i said that i am using Quark, not Qeradiant. I know i could have used Qer for some stuff (i actually used it for the misc_models and a few other tidbits) but i didnt use it to build any of the architecture. Using Qer after 2 years of Quark use is kinda like driving on the left hand side of the road for 20 years.. then switching. There's also alot of fundamental differences between Quark and Qer.

Another reason i didn't put curves in (i could have found places that curves would have been effective yes, but that's not the point) was that map is designed to be a duel map and to me, that means that frame rate is important. For example, on q3dm5, i can stand next to the RA and look back towards the plasmagun/YA and my frame rate drops to <40 (i have a P2-450/V3 3000 - dont start a 3dfx v Nvidia war, this is not the place). I am hard pressed to find a place on this map where my frames drop below 100 (Vertex lighting @ 800x600) and to me, this is more important (but not critical) than having mirrors, curves and other CPU intensive effects. Don't get me wrong, they DO have their place, i just dont think that your missing anything by there being no curves in MY map.

Of course, you could be exactly the opposite, prefer lots of curves, mirrors etc at any performance cost. To these people i say great - i'm sure there's people out there that love putting those types of effects in. I'm just not one.

Just a side note, apologies for the bot file being out of date. It's fairly trivial to create another, but if you dont know how to do it, or cant do it, let me know and i will email you one. I'm also looking into fixing the overhang thing. Strange, i'm not bothered by it all :/

X-Files - If Tig has a bad way of checking out maps, is probably because 99% of all q3a custom maps are below par on quality.

Cuz Tigger-On has a negative way to review maps. Like what kind of stupid comment is this : "theres no curves" and dont give me this observation bullCrap. Geez, like 90% of the maps in here are bad, give me a break!

i personnaly think Tig has a bad way of checking out maps.

Tell us how you do it Tig?

do you check for new technologie stuff first , like curves , cool textures mixes , nice design rooms or do you start off by checking out if the map has potential in Gameplay?

Agree (0) or Disagree (0)
FxR|jude unregistered
#2   13 Jan 2000
heh, actually, thereisno curves. I didn't do this map in QERadiant, but Quark (which doesn't support curves yet). Hrm.. strange but i'm sure i did include an .aas file in the pak.

Just one other thing, this map is designed to be a duel map.. not DM or Team - another half reason to have little or no curves. 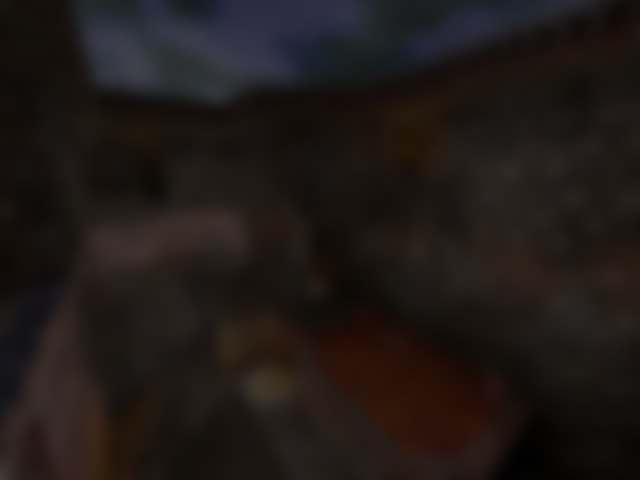