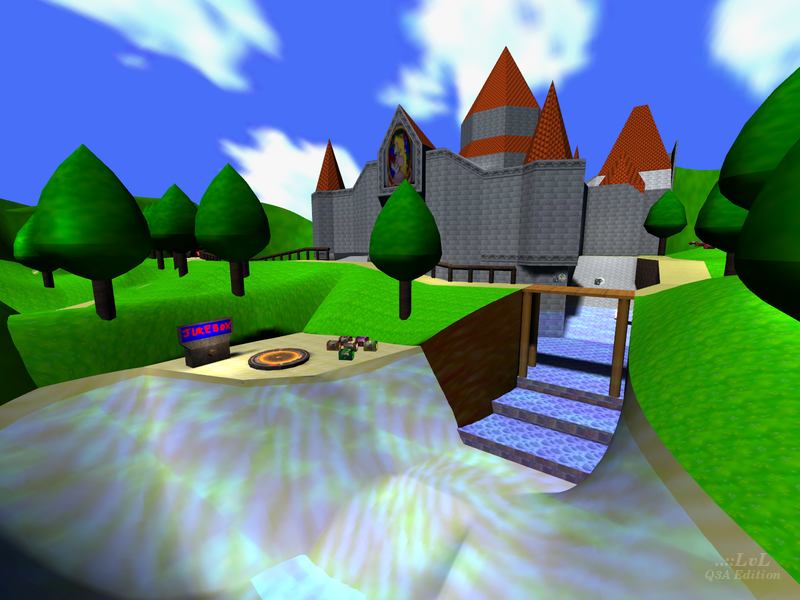 Well, scratch number 3 because what the hell does Minecraft have to do with this. But both of my top favorite things are here. Mario + Quake. Awesome. =D

This is a mixed bag. On one hand, you have a beautiful conversion of a Nintendo game...albeit with horrible fps. Personally, I'd love to see a Legend of Zelda or Mega Man themed map(Castle of Hyrule? Dark World? Mega Man 3?)

That was a really big let down for me.

to leave the same old crap behind and try something new

for example in quake2 the only

quake maps. plus the auther will

that rocks. so give the guy some

The outside yard is so beatiful. ^_^

Yeah it's a bitch not everyone

can play much on lan or the net.

I know...it sucks. I did it a couple of times and it was fantastic! netdm duh :)

But when I read the comment on this map, I don't think it's worth the download. Why didn't the author get rid of the leaks etc...was he too lazy?

Maps that leak, no matter how pretty they are, are lame.

6/10 5 megs to big .No bots to play with. Rocket jumping to the wrong place will get you to a strange HOM place that would scare the bajesus out of Mario.

Agree (1) or Disagree (0)
j unregistered
#8   17 Apr 2000
ANYONE who has an N64 should not be playing q3a anyway, it is an insult.
Agree (0) or Disagree (0)
Sanchez unregistered
#7   15 Apr 2000
Okay, i saw the map, i said kick ass... i played the map, i said... WTF IS THIS PIECE OF SHIT? seriously... i mean it goes all good until u suddenly fly out of level, thus making urself invisible to all other players and ur able to shoot anyone thru any wall.. even snipe them when there in the castle.. ITS GAY! i suppose if the author WOULDVE SPENT more time on this map the idea had potiential... maybe add a bot file.. BUT hey who am i to complain... i say nice job on the map watch out for the glitches... thx... i give this map a 4 coz it has potential, nice looking... item placement sucked (wtf u get like tons of ammo in one step)... little small in the rooms and the glitches... OH THE GLITCHES.. i liked the jukeboxes... but hey who cares if ur fragging away right?
Agree (0) or Disagree (0)
scary_man unregistered
#6   14 Apr 2000
erm.. 10megs for a map?

Agree (0) or Disagree (0)
Jim unregistered
#5   14 Apr 2000
A bit too coincidental that this zip file overwrites the mario CTF and the pk3 is also overwritten when I unzip to my baseq3 dir. This one is not as immersive in the mario feel- but it works better as a quake map- and also looks better than the CTF one. Inside the castle there were too many dead ends, but the outside areas were nice- even though I found a place where you can jump out of the map (and end up underneath it if you wander a bit).

I nice novelty map- but I probably won't keep it very long.

you should include a behind view camra and a mario model next time to make it even cooler!

and it runs fine on my system without a geForce. 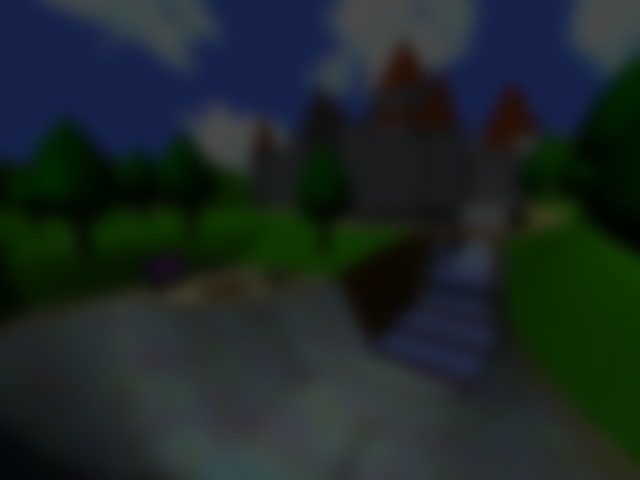