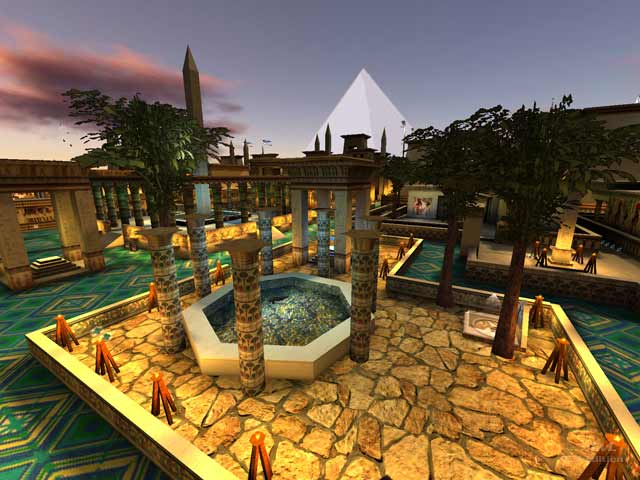 HelterSkeleton Rep. 5360
#18   25 Jun 2019
In terms of theme this map is off the charts! Beautifully realised in every detail - the obelisk, the statues, the columns, the trees, the stonework floors, the wall art - i'll forgive a few missing textures (I originally thought maybe I had a conflict between maps in my folder). It makes for a fun tdm and I would like to see this idea realised as a largish ctf. My only gripe is the clustering of power-ups. A MH could have been included (I don't remember seeing one) and the rest could have been spread out. There are a few courtyards where there is really no reason to go to them but yet they look beautiful and could have housed a power-up. Also maybe heighten a few of the interior walls to break the layout up a bit. Lovely job in realising a theme and for those interested there are egyptian themed skins out there on q3df.org (bones' mummy skin for example).
Edited 1.73 hours after the original posting.
Agree (1) or Disagree (1)

FragTastic Rep. 2241
#14   22 Jul 2014
UPDATE!!: The missing textures will be fixed and some houses/huts can be accessed by shooting down the doors. Portals will lead to different areas of the map which could not be accessed before and water textures have been refirbished! Update will be made asap!
Agree (0) or Disagree (5)

and the guy did get banned
but i think bans only last a month or so, now he's restricted

Quote Originally Posted by BBGun View Post
just an idea
make one thats made out of fully water (ocean maybe?) and people go slow mo if you know what i mean

anyways great job
it looks like you have a lot of time in your hands :P

I actually have created a map that's underwater and I'll post it on here right now :D. Thanks btw and actually I don't but back in the days I did :)

- In my gallery I have set some rules specifically for you all to follow. If any of these rules are broken, you will be given a warning and if it happens continuously, then you will automatically be banned from the gallery and will be given negative karma for not following them.

1. When giving feedback, do not be rude and say ''This map is crap I can make one better than you'' or anything else which may be rude or offend me in anyway

I can already see his/her plan falling apart, and I'll be sitting here laughing when it does. It's not right taking full credit for what isn't your work. He/she talks about negative karma in his/her favor, but he/she will be the one with negative karma when the rug gets pulled from underneath him/her.

@themuffinator: LOOOL! The kid needs to do his researching before he ''Claims'' it's his. Damn! I wish I could just beat the crap out of him.

themuffinator Rep. 978
#6   15 Sep 2012
@Anonymous:
It looks like some kid who is desperately looking for approval from some internet peers - I guess he doesn't get any attention at home? Apparently, he 'made the maps using GtkRadiant v2.3' which doesn't even exist LOL. It's a pity the admin only locked the thread and didn't delete the whole thing and ban the guy.

There's a major difference between plagiarism and a review. What that guy has done is blatant theft - how would you like it if you made something and someone else claims it as their own?

Edit: LOL that guy is such a clown... he copies over the LvL screenshots of the maps with the LvL watermarks clearly on them, and then he says this incredible load of ROFL:
"I actually took the pictures by using a software called ''PhotoGrasp''"
Edited: 15 Sep 2012 AEST

Number of issues including invalid water, gap in floor and missing textures have counted the rate down by 4.5 units... So calculated from the maximum that can be given (the amazing 10) it's 5.5 from the full fuel of 10 units...

In short words: You've made great map, but there are couple of issues cutting rate down to 5.5/10 units...

Edit: This actually isn't the first Quake 3 map I created. I've created many more but this was one of my latest maps I made. I sadly deleted my unupdated version of GtK Radiant so I had to use the updated version which I had trouble with but I managed to get used to it. It's not the best map I have made but I have made a map which was quite popular and was a hit but sadly I lost the files so I apologise for that.
Edited: 28 Aug 2012 AEST 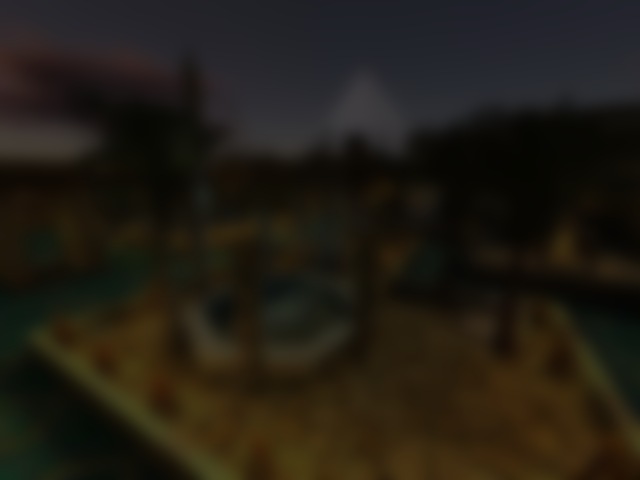