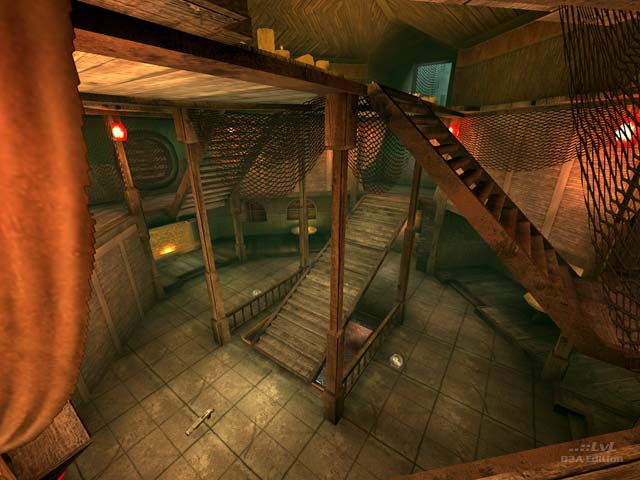 FragTastic Rep. 2241
#7   10 Jul 2012
Mark just gave an example of an over-rated map. What I mean by that is too many ideas have been added into a map making no sense and losing the original theme to it. The map seemed to me as a pirate bay if I'm right?! because it does look like it has got something to do with pirates. Textures were excellent and were brilliantly brushed to perfection. Gameplay was good and I had no problems with it except the part when I'm in the middle of the map, it's too crowded by bots and kinda makes me feel claustrophobic. The ambient sounds really did impress me giving the map an extra push to it. 8.5/10
Agree (0) or Disagree (0)

HelterSkeleton Rep. 5438
#6   10 Feb 2012
another disappointment for me. i went to this especially because of "Haunted" which in my mind is a really fun and novel ffa. this reminded me of sherlock holmes - a fun movie, but as a level was a again for me little too swamped in the novelty factor at the expense of gameplay. a little restraint in all those interesting ideas wouldnt go astray. they don't ALL have to go in the one map - it makes it feel a little manic and anxious and the level kinda gets lost in the pomp and flash. a hot mess for me i'm afraid but haunted is brilliant.
Agree (1) or Disagree (0)
InsaneKid unregistered
#5   22 Dec 2011
The map includes several features!
like jumpTubes, ladders, semi-obstacles, flickerin lights and multi-connectivity!
I have added snow and reworked some things (esp. the lights)!

Have a Merry xMas!
>>>
www.youtube.com/watch

EmeraldTiger Rep. 2432
#3   07 Dec 2011
I agree that I was a bit vague in the review. I think the gameplay is pretty nice actually (I never said it wasn't to my taste, I just said I usually do not like symmetrical maps, and I stated that this was an exception, meaning it is good) and a lot of people might like it, and I definitely think there was a lot of hard work put into it - the problems have more to do with construction practices, etc. rather than the map as a whole. As I mentioned in the review, it is possible for the player to get caught on the light fixtures in the air tunnels. This can be frustrating and it is something that if fixed (which is very easy, all that is needed is to use a nonsolid shader) could greatly improve the flow - when I played this map I sometimes had to retry going through a tunnel two or three times before I could make it up - to me this is unacceptable.

There's also the strange problem with some of the wooden guardrails in the map as mentioned in the review. They're like one-sided guardrails essentially - as I noticed that they block you on the walkway but you can pass right through them on the other side. This is rather strange and I don't see why it would have to be this way, except maybe to make some jumps easier - although in CPM you could probably ramp jump off them anyway.

I think the map is very cool and the theme is unique - but issues like the light fixtures blocking movement do hurt it a lot. I had absolutely no intention of bashing the author in any way and wrote my review like anyone else would. And as the last words mention, giving it a bit of fine-tuning by fixing those issues will make it a fantastic arena in my records. I'm sorry if the words came off harsh - It's just that I hate being accused of putting down others. I also have a tendency to put gameplay as being the top priority in maps because I consider it far more important than visuals imho - but if it sounded too lopsided then I apologize.
Edited: 07 Dec 2011 AEST

fKd Rep. 350
#2   07 Dec 2011
"the problems mentioned earlier will inevitably make it a candidate for deletion soon enough." what problems are those? 2 paragraphs about the story? and then you pan it for not being what you like gameplay wise in maps? many players enjoy different styles of gameplay. maybe try making better stuff yourself before telling others their hard work should be deleted, esp in a review.... :/

i mean, you can say delete this map if its like a box map, or has glaring technical issues. but not because its not your cup of tea gameplay wise.

for some reason i thought i should say something... prolly should not... heh

hang in there insanekid, i like your work. its unique which is something sorely missing in the q3a mapping community. 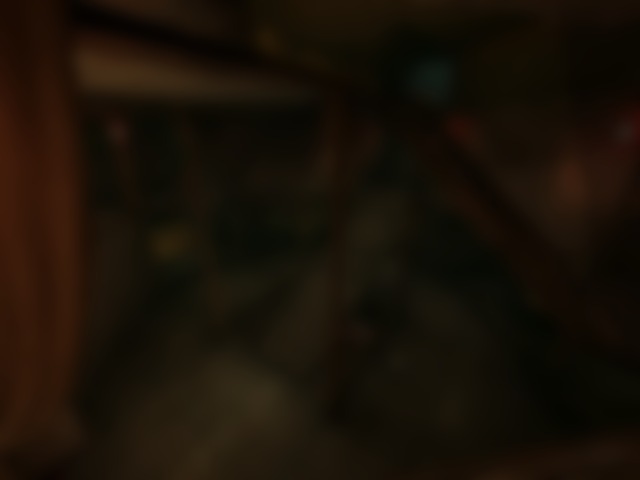