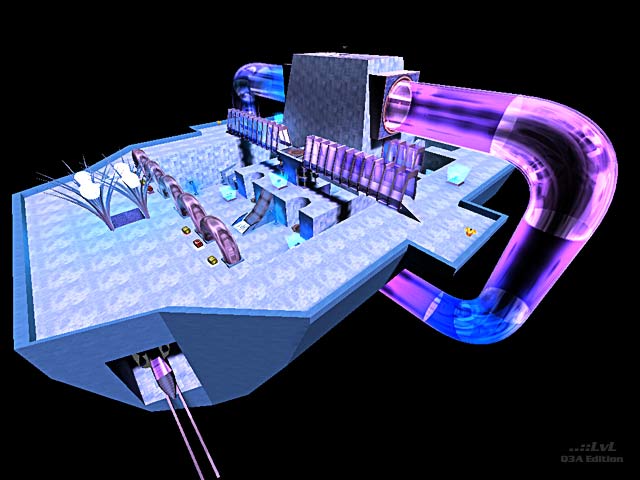 dONKEY Rep. 90
#7   08 May 2006
Go to the beta section and follow the links to Cardigan's bot tutorial, which is still the best discussion on how to improve bot play that's been written. I made a couple of minor updates to Cardigan's info in one of my tuts as well, the link is on the same page (thanks Tig:))
Agree (0) or Disagree (0)

Pasquake Rep. 70
#6   06 May 2006
I'm also experimenting a Force Shield in maps :)
Seems it works :) fire don't get in but go out :)
I think that not in next what i'm creating (fraggy island) but in the map next it (i think it will be a CTF map) Force shield will be used to make "tower players" for defend base :) i think bots will not get in shield to camp surely (button needed to activate lifter to the upper shielded tower) but in multi it will be a great map :)
P.S. map after GON3 i'm creating... ARE COMPLETELY CAULKED... it and before it... they aren't '-.- sry but when i've some time i will fix it :S
Agree (0) or Disagree (0)

Pasquake Rep. 70
#5   06 May 2006
I'm trying to increase the bot performance in all the maps, next is the map that's on queque: GON3.
In all my maps since I use GTK radiant i've bot stuck problem... with Q3 radiant I never got those problems :/
Next week i will have much more time and i try the command that i don't remember who wrote it that enabled the "bot brain" ( lol :D ) in Derazor Arena.
I hope it will works :/

Else i will reinstall also Q3 radiant and compile .aas files with old the bspc.exe file :/

Tig Rep. 1234
#4   06 May 2006
The download has been update to include the missing textures. The FileFront mirror may take a few hours from the time of this post to update correctly however.
Agree (0) or Disagree (0)

The missing texture seems to be, according to the console message, pasquake_base_trim9.tga ; I've opened the .pk3 and I didn't find it. I can(not) see it in a couple places, I'll e-mail the screenshots to you (to the e-mail in your site, as you didn't include it in the readme). I guess they're probably included in some other map of yours.

The following are only guesses, as I haven't been mapping during the last couple of years, and I only made a few maps only, and I've read a few tutorials long ago, but not much more than that.
- The overlighting could have probably been worked out. Is it possible to make it a little more "scattered" from inside the skybox shader? (and consequently less intense). So other light entities could be added where needed.
I understand what you say A map near a sun is externally heavy lighted so i decided to lay the light , but the problem is that, as the floor textures (and a couple more) are of clear and bright colors, the lighting seems to be more intense. In my case (and I mention this because I don't know if it's the map or it's my own screen brightness) sometimes it was annoying, because of the overall brightness, some if the weapons/ammo that were "inside" the light columns and over the floor lamps, I could only see them when I was just about to take them. And also because of such intensity on the floor lamps, I couldn't see some of the bots if they were standing somewhere in the line behind these lamps, but they could see (and shoot) me. I tried lowering the brightness from inside Q3A, and it helped, but it still was a little bit difficult to see some items/players/places.

- After submitting the review, I tried the jump pads a little more, and yes, you are right, it's all about air control most of the time. Although some times, if I walk into the jump/launch pads in some way that is not exactly in the line of the jump, I get stuck or hit my head. Probably, bigger holes and wider curves could have helped.

- Bots: I don't know why do they behave so strange here; they shouldn't stay stuck right there if there were weapons and items all around. Maybe some entities are causing a conflict, maybe its' something about the compiling of the .aas file, maybe some botclip could have helped... I don't know. The most weird thing is that Orbb, since the moment he spawned, was most of the time looking to the thing on the top of the map, until he listens to someone else shooting near him.

I agree that some more beta testing could have been good, but it's not always needed; there's no need for every single map to be easily playable by the bots; humans should play it very different and it would have been way more fun.
But in this map, the distance between the good sides and the bad sides is big enough to make them very noticeable, and they end up taking the map a little more down than where it should be.

I mean, sometimes you just have got an idea for a map, and you build it according to that idea, which does not need to be playable; I liked the sci-fi look very much on this map. It all depends and relies on the objective you've got in your mind: want to make a map that's good on both the play and the looks? Then yes, it needs more beta-testing, even some modifications. But if it's not important to you, then it's fine as it is. I've seen maps from some big guys in the mapping scene (some of them are even working for the gaming industry) that played like crap and really sucked on that side, but they were all about a good idea on the visuals.

Pasquake Rep. 70
#1   05 May 2006
The overlighting is a "effect" i decided to left in cause in the external map there are 2 light sources, the sun; the big lamp. A map near a sun is externally heavy lighted so i decided to lay the light :)
That's true that there are a couple of jumps that not works, works only is user doesn't move during flytime, else user get stuck in walls.
I need some help also with bots that seems to be really stupid '-.- . Overall Xaero...

That map need 2 be fixed in jumps and bots, i dunno why there are those problems. Can anyone get me screens of the missing texture? O_o I've checked out fot it many times but never found it :S 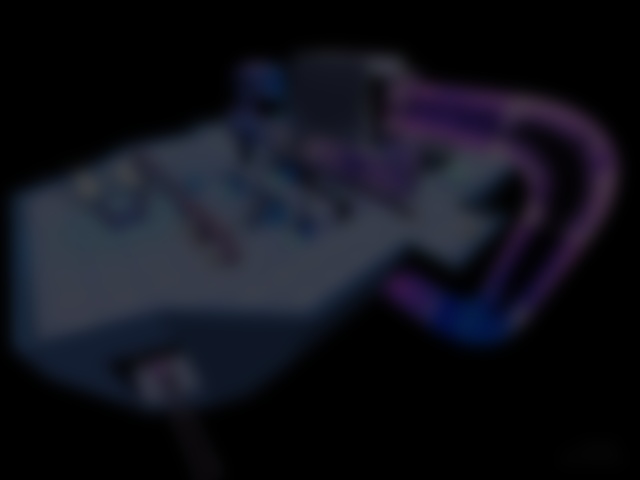