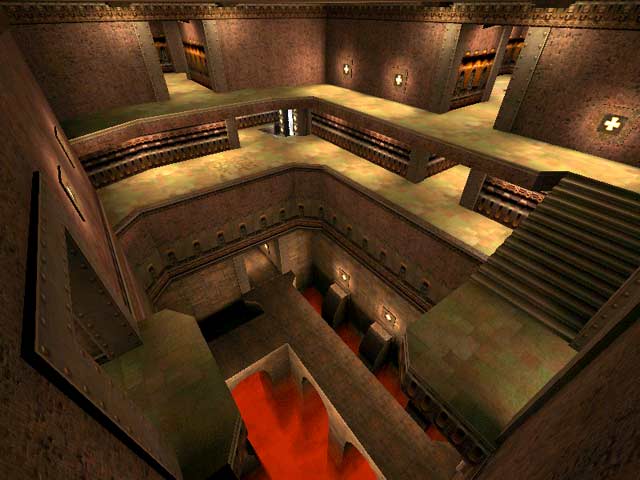 EmeraldTiger Rep. 2432
#13   29 Jun 2011
Probably my favorite dm4 conversion. I agree that the expanded RA area is a bit too big, but other than that the aesthetics bring it up to decent quality standards compared to the original, and replacing lava with fog was a good idea imo, since there was no way to escape the lava anyway once you fell in.
Agree (0) or Disagree (0)

-If it were lava and you had 200 health and regen, you could just rocket jump your way out. Whereas FOD ( Fog Of Death) once you fall in, you're toast.

Agree (0) or Disagree (0)
db unregistered
#11   27 Aug 2009
Connectivity is the major problem with this map. Once you go down for the RL there is only one way back. Not good for gameplay. That is the killer flaw for me. Should have been another exit.

I've also seen bots getting hung up on the teleporters; just cycling in and out of the same 'porter.

feel free to email me

This map is way cool. It gives an incredible visual feast and feel for lovers of the original. One beef is it seems alot harder to rj up from the bottom level (I haven't done it yet..has anyone? I don't think u can). Don't know why he made that ledge so high.

The teleporters are cool but drag down my Geforce as usual..that's why I don't like the 'portal' teleporter model. Bot play is great, though the level tends to be a bit linear in gameplay. I especially like the side jaunt to the rl via the teleporters...though hardly ever see action there. Summary? Get it...I'll be keeping this one as long as Q3 is on my hd.

Agree (0) or Disagree (0)
RedFive unregistered
#4   14 Mar 2000
After seeing a number of converted maps (some good, some bad, some drowned in controversy), it's a breath of fresh air to see a true tribute to one of the monuments of Deathmatching. DM4 was my favorite Q1 map and I'm happy to see what PowZeR has done with it. A great touch is the teleporters. I don't know if it's a gimmick to see the destination but I've loved the effect since way back when Q3test came out. One thing's for sure, I'll be playing this map a lot !!!
Agree (0) or Disagree (0)
Jim unregistered
#3   14 Mar 2000
This was a nice looking and well made map, however I had a few issues with it. The first thing I noticed is the ambient sounds. There's a droning sound and an organic (stomach growling) sound. Now the droning was ok, but since this map didn't have any organic elements, the use of an organic ambiant sound was inappropriate and out of place. Second, I thought the Q1 style teleporters with that block-cross-light texture around didn't work well here. That texture works well everywhere else it was used on the map, but it just didn't do the trick for teleporters.

Third, the flow could have been a little better. For example, I didn't like how there was only one exit from the lower level- thru a teleporter.

And last, the fog should have been thicker, or at least a shader on the floor which prevents weapons fire from impacting. As it is, the fog is thin enough that you can see your plasma shots impacting the floor, which doesn't give the impression of a bottomless pit- the impression that death fog usually gives.

Other than that the architecture was nice and texturing well done. 7/10

Agree (0) or Disagree (0)
Bad_To_The_Bone unregistered
#2   14 Mar 2000
This map rocks even more than the original. It's wonderfull to see someone re-interpreting an old map rather than just converting it as it stands. The one thing that I think the auther should do is 'step' the levels in the main room abit, so that it's easier to jump from the top one to the middle one.

Agree (0) or Disagree (0)
chis unregistered
#1   14 Mar 2000
Yeah, this isn't a perfect map, but technically it stands up very well. Not a single bit of bad texturing could I see, and the new areas were pretty good imho. DM4PLUS for Q1 was a better play over this and the original tho. This is a solid conversion that has been doneverywell and plays well (again imho) also. Bots played relatively intelligently in this map. It's staying on my hdd!
Agree (0) or Disagree (0)




Review

Download

Comments

Votes

Overview

Screenshot

Readme

Bookmark

Browse 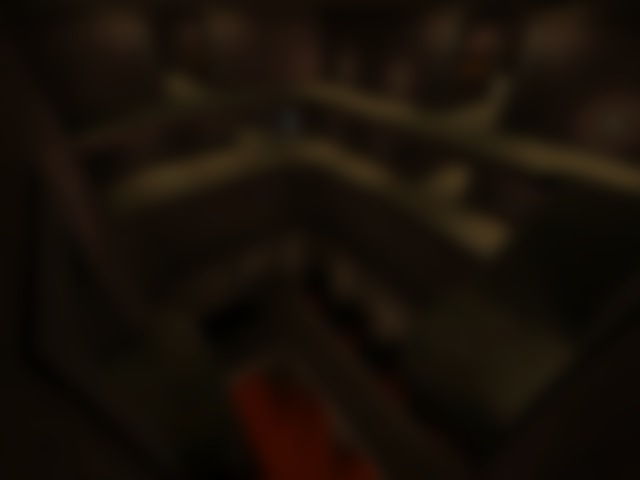