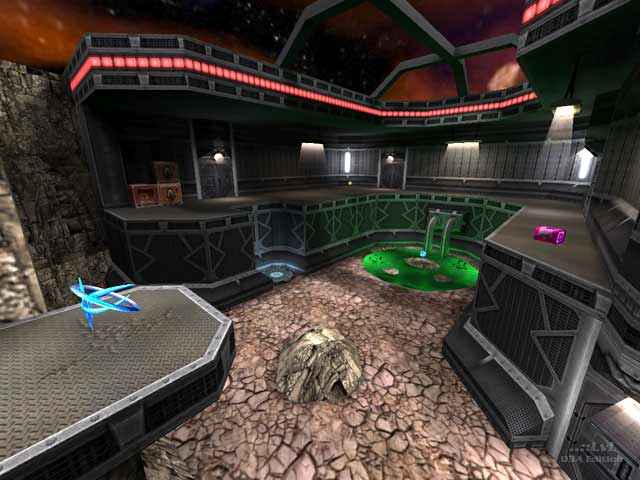 JADscratch Rep. 437
#14   28 Mar 2013
I very much enjoy this map. Just the amazing size and eye-popping details keeps me playing this map over and over again. Now I can finally enjoy some real good matches, whether with bots or humans. Overall a perfect gem to add to your Q3A map collection.
Agree (1) or Disagree (0)

KommissarReb (SW12) Rep. 2210
#12   16 Jul 2011
I really liked the theme here: A large asteroid with an industrial complex built on it. I would have preferred a mining facility because it would make more sense, but then the author is in charge of that. Some of the textures remind me of some Jedi Outcast/Jedi Academy custom maps with similar themes

As for the gameplay, I felt that some areas could have been a bit more smaller or compact to make sense, or play better. Too many wide open areas and not enough hallways.
Edited 1338.72 days after the original posting.

AEon Rep. 700
#11   20 Aug 2009
Back then we actually beta tested this map at quake3world. Re-playing the map now brings back memories. I love the attention to detail, the wonderful texture placement and architecture.

But alas, the arenas still feel very disconnected due the the "excessive" amount of sliding doors (that I personally hate in MP maps). Anyway, alone for the visuals the map should be checked out.

Visuals are very pretty especially considering framerates. Nothing too fancy but extremely well put together.

Other than that, I like the map quite a lot, its on rotation over at BG, and despite the stuff i pointed out as flaws, its still very fun to play.

Agree (0) or Disagree (0)
ALMighty unregistered
#2   21 Nov 2003
That's exactly what I thought you would say, Tig. My beta testers also said the same thing. It suffers from the room-hall-room syndrome, which is a result of bad planning.

I would rather start a new map than redoing this one, because it would require me to redesign almost the whole map and I just don't think that would be worth it. I better just start a new map and plan the layout more next time.

Thanks for the review Bizkit! Although you were probably too nice on it! ;)

Agree (0) or Disagree (0)
Tig unregistered
#1   21 Nov 2003
This is a well-made level with nice visuals and theme, but the layout is simply not working for me. Each area is similar and self-contained (due to the coridors and doors), which does lead to some good action, but becomes a little dull after a short while. A lot more varity and less doorways could have improved this map a lot.
Agree (1) or Disagree (0)




Review

Download

Comments

Votes

Overview

Screenshot

Readme

Bookmark

Browse 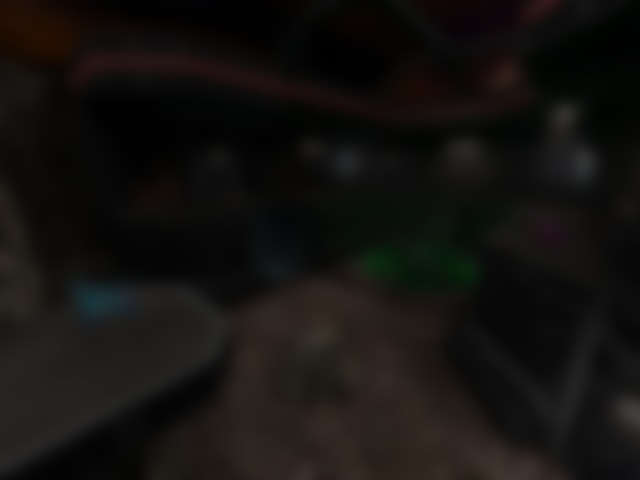