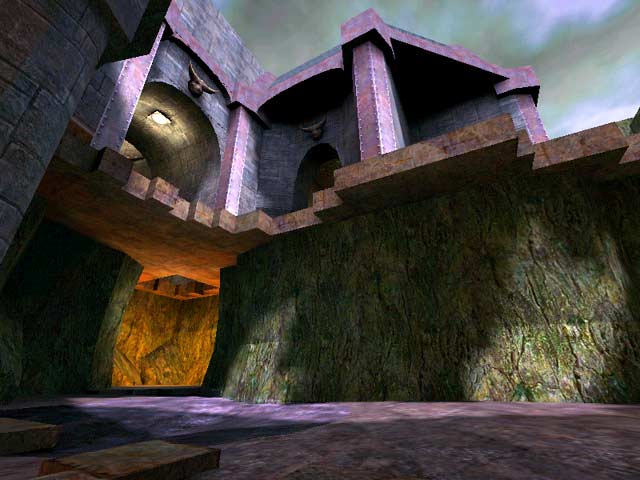 there is a new version of Sinister Purpose available on my website wdw.planetquake.gamespy.com/ which fixes the sticky doors (which was a qbsp error) and it also features a more Tourney oriented item layout. Try it and tell me what you think!

Agree (0) or Disagree (0)
SoulReaper67 unregistered
#31   20 Oct 2000
Yes the sticky walls was annoying at first. You get to know where the defaults of a map are and stay away from them.

next to the telporter inside the building, you can jump against the wall and get stuck!

otherwise a cool map but the gameplay is non-existent

above all, skill rules this map.

Agree (0) or Disagree (0)
piZZa unregistered
#24   20 Mar 2000
Great map for 3-4 people. I've played with my friends and we all thought that it's very nice, however the idea is simple.
Agree (0) or Disagree (0)
SiCdeth unregistered
#23   18 Mar 2000
good map i didnt expect the outside part to be the way it was from the screen shot but it came out good i think the haste is a little bit mis-placed but it works and its a good map

You have to play ALL maps with "humans", bots play dumb on almost every map!

Although, i missed some more health, only 4x25 is not enough... hate when you go running at 27 life and the most u can do until u find another player is to grab 1x25.

Some armor shards and small health lines would have been superb.

Plus I bet many of the maps with very high scores aren't even known since they need 45 votes to show up in the top 10, which very few maps have got yet.

A very nice map which me and Dru had a good 1v1 on. I did notice those liittle clip things on some of the hallways and one near the RL tho but I don

Agree (0) or Disagree (0)
Drag-On{WcS} unregistered
#7   07 Mar 2000
Great Map , Amesome map
Agree (0) or Disagree (0)
Sniper187 unregistered
#6   07 Mar 2000
This map ownz. Plain and simple.
Agree (0) or Disagree (0)
Octovus unregistered
#5   06 Mar 2000
Strange...the comments here sound friendly and yet the maps score is low. Well I liked it enough to give it a 7.5 which in this case I rounded up as opposed to rounding down like I usually do. =) The sparse health felt very right in this level and good use of the Portal was made, it fit better than regular teleporters would have. I liked the bounce-pad near the RL, helped gameflow alot. Good map for tourneys...however the bots didn't seem to know the haste existed. =( That's my only real gripe, besides perhaps some parts being pretty dark.

Luckily it doesn't happen often tho, but still bloody annoying.

Agree (0) or Disagree (0)
Mr. Barnard - Room 12 unregistered
#2   06 Mar 2000
Yeah, health is definately sparse on this level, but I didn't find it detracted from the gameplay in the slightest (at least in the five player game I tried - wouldn't go for too many more players in there though..). Just makes you pay more attention to your health levels than you might be used to. Personally, I found that to be a welcome strategic element to this map - it just makes sense to be running AWAY from the lunatic shooting rockets at you, rather than charging up to them and blasting both of you in the face just because you're strong enough to survive... maybe a few shards of armour would have been nice, as the single red vest gets snapped up pretty quick tho...

Still, REALLY nice map that plays extremely well and looks great. Definately a keeper, and I doubt I'll ever be getting rid of it. Thanx Wiebo - keep 'em coming! 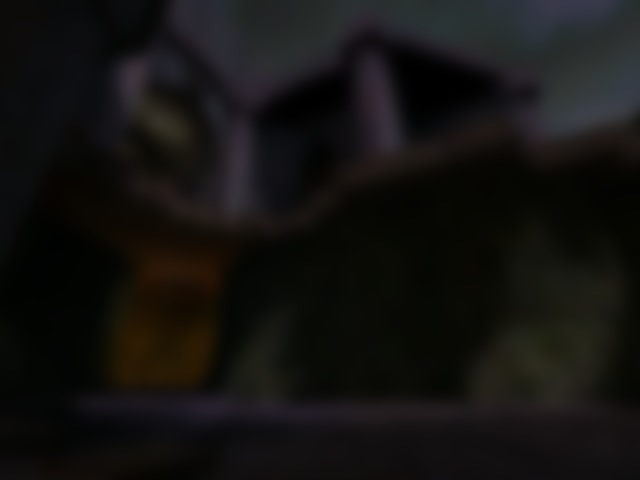