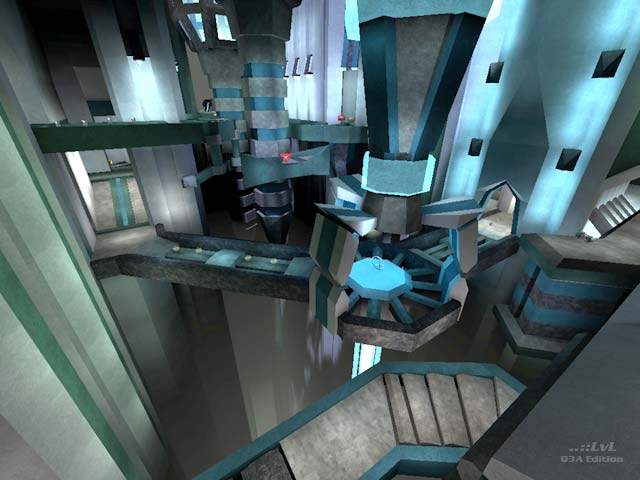 Pasquake Rep. 70
#11   25 Feb 2009
i agree with MindlessPuppet, it's one of the best made levels i've ever seen. Perfect in colors, ambientation and details.
The ONLY slop are the 'jump pads. imho a static cilinder and a rotating shader was better; internet game speaking and bot playing. Surely a moving texture generate less troubles than a bobbing entity.
re: IMHO. Everyone can tells whatever they want right?
Agree (0) or Disagree (0)

nook Rep. 20
#10   10 Dec 2008
The first thought was "holly sh*t it's amazing!"
Agree (1) or Disagree (0)
NoBody unregistered
#9   09 Dec 2002
This map is q3dm18 on drugs. I love it. I brough this along with 50 other custom to our annual lan party last october. You either hate it or love it. It takes several rounds to get where to put your feet, but we ended up spending around 3 hours in it one night doing nothing but trick jumps and at one point had 15 people in a pyramid on one of the spike points rising from the floor, hehe many pics. Once you know the layout game play is a blast, again it is a trick jump and camping feast ... thx fer making it, i can only imagine the amount of work it took, possibly one of my all-time favorites now.
Agree (0) or Disagree (0)
Salinga unregistered
#8   21 Sep 2002
This map is Q32EF compatible, so it can be played with "ST: Voyager - Elite Force".

To find out more about the mod, visit: q32ef.fragland.net/

Agree (0) or Disagree (0)
Myth unregistered
#7   27 Aug 2002
Quite an experience to walk through. I love all the excessivly tall columns and moving parts.

Maybe it's just that I'm not that much into huge maps with tons of rather large brushes. I don't even mention r_speed issues and horrible frame hits, they seem to be a must for GC maps ;}

On the other hand, the spinning launch ramps, the jump pad design, the quad area and the overall design are all quite fresh and original...

In the end it's really not bad but this time less would have been more, so I'm giving a 7.

Agree (0) or Disagree (0)
wviperw unregistered
#5   21 Aug 2002
Thanks for all your comments and for your nice review MindlessPuppet.

I was kind of dissapointed with the outcome of this map. I kinda like how it looks, but everything else like gameplay and performance aren't what I had in mind. The map does actually play very large FFA's pretty well--I know this because when I was first testing the alphas it was a blast putting like 10 guys or more in there and going at it. Unfortunately something was kind of lost in the translation to "looking good", mostly due to the horrible performance of it. Its slow before any bots are in, let alone when you have to put in 10 to be able to have a decent game.

Frame rate is too low in my computer but design is great.

This map is outstanding. 9 from me.

The only downsides to this map are 1) it really needs at least six players for a good game, and 2) all those tall columns tend to drop your framerate a bit.

Definitely one for the LAN and for those big FFA servers like OPC runs. (Hint, hint.) 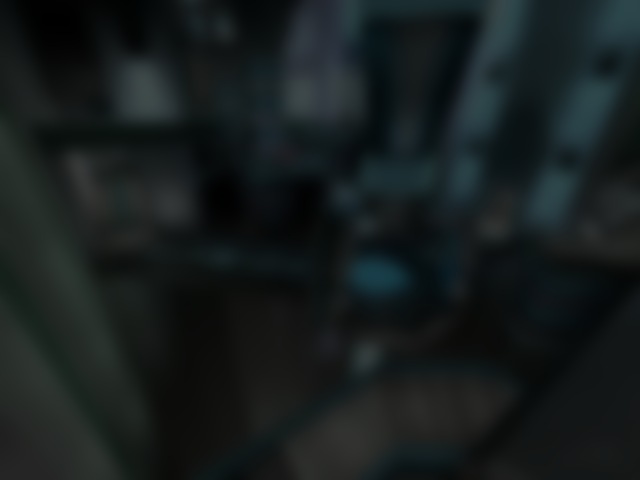