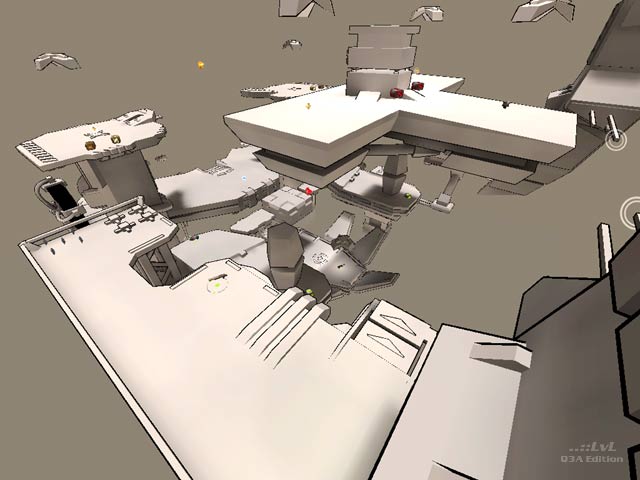 But the use of the TP helps the bot "catch up to you" far too quickly for comfort. IMO, the gameflow in this map needs to be better controlled. E.g. near the RG you have a JP that leads to the MH, but using the AP does the same, only that the JP gets in the way when you want to pick up the RG. A few other areas have squarish deco that could and should have been a JP.

Agree (0) or Disagree (0)
dOOd unregistered
#14   03 Nov 2005
chaOs, you should NOT criticize your work. As stated in the readme, the bots 'play stupid' and this map is 'not really playable.' Well I think that even though the framerate sucks, the bots play great and even challenged me on hardcore and 1 vs 1 or 3-player FFA also RAWKS.

To find out more about the mod, visit: q32ef.fragland.net

Agree (0) or Disagree (0)
wviperw unregistered
#10   22 Aug 2002
Wow! Like nunuk said, its not really all that playable, but the look is just awesome. I think an upcoming project of mine will have to incorporate cel-shading. (always a good thing when a map is so good that it inspires you to make your own :))

"there are better cel-maps than charon"

Actually, charon's map wasn't "truly" cel-shaded by using ydnar's implementation. He said he ended up using a manual method (clone all brushes in the level, invert, and tweak), so its not really fair to compare his level to this. :)

I don´t know if there are other maps with cell shading... All i just wanted to say that there are better cel-maps than charon, but when someone talked about cel-shading, lichtwärts was never mentioned, only charon´s demon pigs map...

Agree (0) or Disagree (0)
Shagz unregistered
#7   07 Aug 2002
Cavefish - there are other maps that use this cell shading technique? (as you say, "nice to see the best map using cell shading" implying that there are others that aren't so good out there)... where can I find them?

BTW, -cha0s-, great looking map! Not sold on playability, but like you said, it was only a design excercise and it certainly succeeds at that!

Hope you´ll make some playable map in this design, cha0s =)

Uhm...where´s my dreamcast and jet set radio? goes away, searchin..

Agree (0) or Disagree (0)
remnent unregistered
#4   05 Aug 2002
The "cell shading" is totally cool. The style is very much like charon's "Pigs dogs" from the geocomp2. The grey scale focuses the colors on the items & players while still displaying striking architecture.

Please give us a tutorial so we can all do this kind of awesome mapping !!!!

God, I should start mapping for Q3 if you could explain where and how exactly you did this? Is it some kind of plugin/fx as you speak in the readme?

I'm rating it 9 purely for looks and originality btw =)

this is one of the best things i've seen for quite some time. not really playable, and framerate sucks, but damn! it's visually a dream come true! 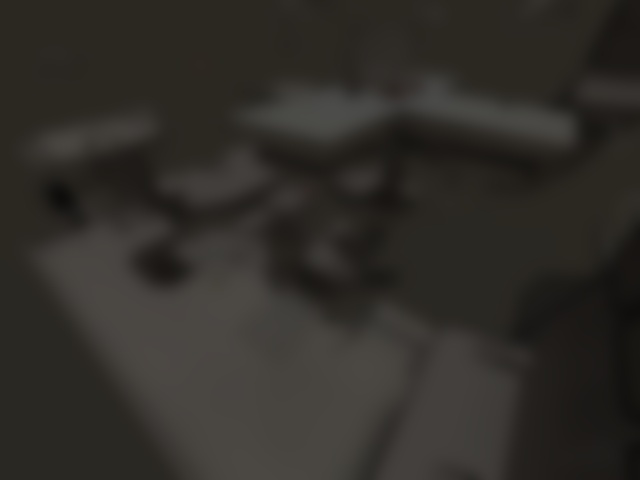