themuffinator Rep. 578
#16   06 Mar 2014
@Comic: You need to run the map with a mod with multi-arena support (ie: CPMA, ExcessiveDawn or RA3).
Agree (0) or Disagree (0)
Comic unregistered
#15   05 Mar 2014
After adjusting hunkmegs, I was able to get into the map and walk around. Going back and forth between spectate and play, I was sometimes randomly put in different arenas of this map, but I never saw the arena of the screen shot shown here on ..::LvL. What is the trick to choosing the different arenas?
Agree (0) or Disagree (0)

KommissarReb (SW12) Rep. 1810
#14   18 Jul 2013
Doesn't even work in HUNT because it crashes 3 seconds after the map loads, and I don't play RA3 since I have nobody to play it with. Upon exploring the map however, I must admit the ambiance is terrific for its time, and considerable even now!

IMO its too bad it was wasted on Rocket Arena. My personal favorite part was the ghost of Xaero that vanishes upon being approached. Its like Herobrine!
Edited 5.75 minutes after the original posting.

Never could get the mod to work :-(

I have the latest 1.31 point release etc. I set my hunkmegs to 96...as I've 128mb sdram. I then tried putting the map in the ra3 mod folder...somtimes that works on other maps...still nothing.

What am I doing wrong???

Frustrated, I copied the map into my Star Trek Voyager Elite Force directory using the Q3 conversion mod and the map loaded fine... but I couldn't use the transporters of course... only the ones within the same level worked. From what I could see, this is going to be a great map!

Can saomone give me a clue how to get this running on Quake 3.

Try all of those

i liked especially the church and that moving chair!

a lot of creativity in this map, maybe too much and at times chaotically placed.. but it's worth the download, good work RivrStyx! 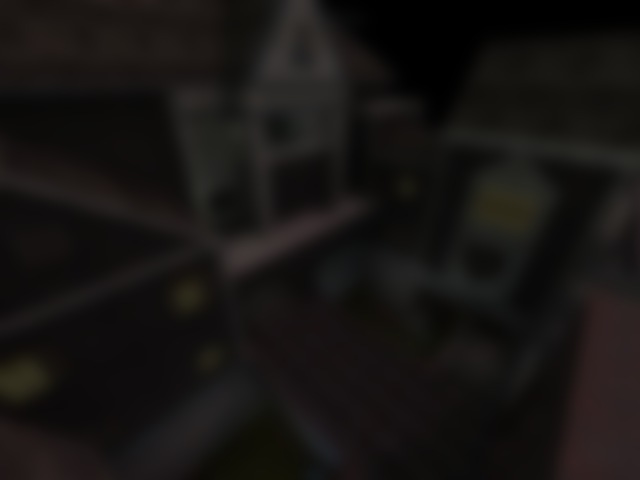