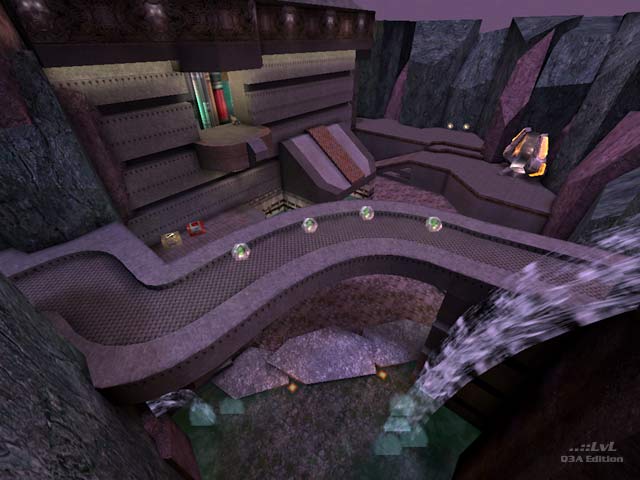 EmeraldTiger Rep. 2422
#16   17 May 2011
One of the best duel maps out there. The nighttime setting and running waterfalls really gives the map a lot of atmosphere, and the gameplay is very original for a tournament map, having a circular flow as opposed to room-by-room.

I also like how the author made sure it was playable for us vq3 players in addition to CPM. One thing that ticks me off more than anything is someone releasing a map that tries to slap vq3 players in the face - wvw thankfully does not make this fatal mistake.

v1l3 Rep. 885
#14   30 Sep 2009
Doubt? Go over to the Promode..Challenge Forums and see what date I joined..HaH I just put up a post in the mapping section..I put up some download links for some alpha/beta maps that were put up there for testing like 3 years back. Some dude was looking for them...you should check them out.
Agree (0) or Disagree (0)

v1l3 Rep. 885
#10   28 Sep 2009
This is the map that got me started on promode physics..I accidently did a ramp jump and flew higher in the air than normal..and I was like, wtf was that! The start of an obsession began ..wviperw rocks!! Plus the map looks good on top of the good gameplay.
Agree (0) or Disagree (0)

AEon Rep. 690
#9   22 Sep 2009
Alice in Wonderland meats Q3A? :)... I love all those little details, the cool rocks and water falls, the interesting paths you can take, really refreshing map.
Agree (0) or Disagree (0)
Felonious unregistered
#8   21 Apr 2002
I like it alot! It's a very visually appealing map. What a pain it is working with those spiderbit textures!

It will be voteable on my custom FFA server later today.

a little more detail could have been added to the terrain also, and possibly a different shader on those waterfalls?

i prefer your other maps, but it's good to see that you're keep busy i suppose

Agree (1) or Disagree (0)
wviperw unregistered
#5   09 Apr 2002
hey hey, thanks for the nice comments guys. I thank this is the first map where nobody has come into the comments section and completely bashed the map... yet. :D

I still stand by my RA location in the water. iX gave me that idea from the get-go when he was beta testing it. In CPM RA is worth 150(i think), so it SHOULD be a danger to get. The YA, OTOH, was kind of a last minute thing. I basically switched the YA around w/ that teleporter on that side. Maybe not such a great idea.

PI: I was never aware of the health issue you had. So for future reference, is it better to not spread health out so much or what?

elendenatter: yea, my website was hosted on Digital Arenas, but thats kaput. But I should be gettting a new host soon...

Agree (0) or Disagree (0)
hannibal unregistered
#4   09 Apr 2002
A pretty fun tourney map for CPMA (which makes the RA pool less of an 'issue'). Wviperw's best release by far.
Agree (0) or Disagree (0)
Octovus unregistered
#3   09 Apr 2002
The waterfalls are quiet...to the extent that you might as well remove the ambient sound, because people who play with their sound far up enough to notice them are the sort who don't want that sound in the way. That nitpick aside, nice stuff.

The map is generally nicely layed out with tons of jumps (some easy, some pretty difficult, and others CPMA only) and a surprising number of connections from one place to another. However, the upper floor as a rule and a good part of the lower one is rather cramped (guess that's geared for CPM in a way, but it seems even so to be a bit small). Texturing is pretty good; the organic part comes off better than the base. Teleporters were well thought out. The difficulty of safely getting armor could be another problem. Generally, I agree with the review.

>>You could really love it

This is a very nice tourney map, and it plays really well, IMO. A buddy and I have had some really great games on it. Nice combination of excellent gameplay + nice aesthetics. The layout is a bit funky, but will really grow on you once you've played it for a while--lots of tricky jumps to reward the skilled player, esp. in CPMA. 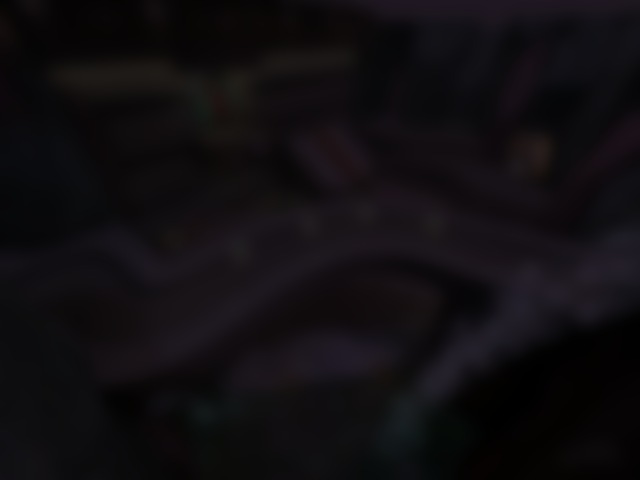