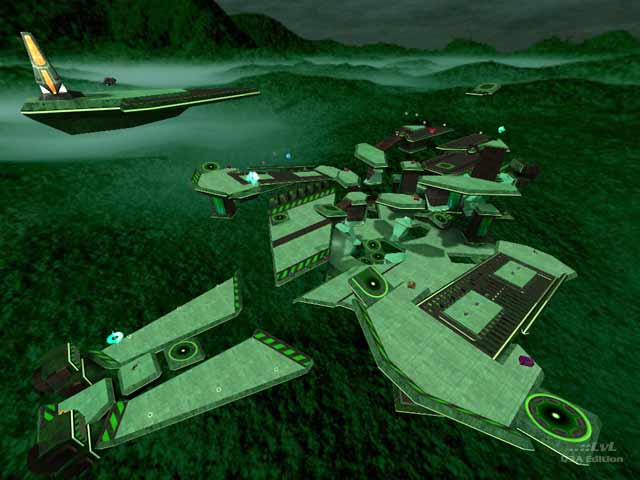 HelterSkeleton Rep. 5711
#10   01 Nov 2020
nice visuals but that was about it. the directions of the bouncepads were counterintuitive and didn't really create connectivity or facilitate navigation between the platforms. the location of health and the drops in the floor didn't help much either. The green was nice but a little bit overkill. Some green fog just under the floater (can you make quake fog green?) with some green spot light accents around the map would have been nice. Just not the whole thing. It just made the application really heavy-handed than feeling like it arose naturally from the environment itself. The traps were largely pointless and excessive. the grenades behind the regen kinda worked (and were a son of a b*tch) but the others didn't even target the rg directly and there was nothing targeting the BFG at all! I hate saying this, but the whole thing felt really tedious, and the second match already felt like a chore before the game had even started. Sorry, but a no for me on this one. sometimes less is more
Edited 1.22 minutes after the original posting.
Agree (2) or Disagree (0)

What I didn't at all was moving around because the angled floors always let you bounce around more than run.

gameplay--the first 5 minutes in, I would have agreed with the others here; seemed like 2 many jump pads that led to a SG or no weapon, and it was hard to score because the bots threw themselves off the platform near the bfg ammo just as fast as they could. But it was so pretty that I stayed in to check out all the parts of the map. As I learned the map I started finding good fast routes & something clicked, all the areas made sense & I saw that this map would play very differently with human opponents--the opposition of the RG & RL with good cover & lots of vertical action, no wasted space but no tightropes either---it's like a better "Longest Yard" only you can't tell from playing the bots. Definite influences from Nunuk & Pete Parisi, but I think DECAY has pulled it off well & made something better than good. I like the sloped floor & crossing "corridors" at the RL, & too many other details to mention. 9 from me.

Haven't actually 'played' it due to me getting dizzy from the HOM effect, but the lvl looks pretty cool. I agree about the gimmicks though. I understand something like the gimmick on Cardigan's spacemap, but I don't really like the "10-rockets-coming-at-you-every-5-seconds" gimmick.

Aesthetics look very nice though, you can definately tell its nunukian-inspired. Might be a bit too green, but thats alright, I like green. :)

Do you think I am just a little biased against space maps? :)

Anywho. Um, the bots suck at this, as must space maps, lets get that out of the way. In the readme the author aspires to people like Nunuk and he's getting there, certainly in theme and ideas but a key bit is missing: the traps and tons of platform/bouncepad combos (makes me feel like a jumping puzzle in MP) are just way too gimmicky to make a cohesive map. Gameplay over gimmicks, and that's all the author needs to make a top notch map. However, that's one of the hardest parts to get right.

There's really not much to this map as far as real play is concerned, with way too much falling off hapenning even with people (though the author does say the two PTs were added to assuage this, true enough). Three traps is a bit excessive, as I've said. Also, floating items are cool, but putting 4 ammo boxes in a row really isn't...

Er, 6 from me; it's not bad, but I think PI is showing a bit of anti-space bias with his concluding sentence. 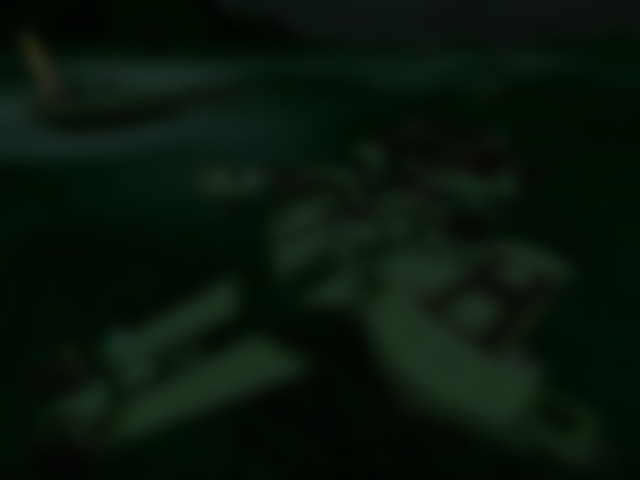