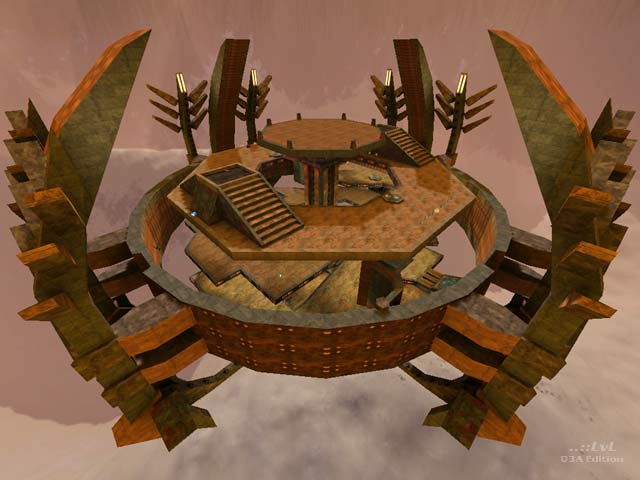 OSP is probably based on numbers of servers, I imagine PI would have experience in that department, and no one is saying it's actually better...you've never touched CPMA, well, isn't that impressive, wtf does that have to do with anything? Meyb you could beat me but that's not exactly much of an achievement...and hm at least #3 was semi-relevant if it said absolutely nothing...

2) "www.orangesmoothie.com is the most popular match mod for Quake 3" - this fact is based on what?!

4) /me looks at Octovus and laughs.

Agree (0) or Disagree (0)
Pure Imaginary unregistered
#7   17 Feb 2002
SuX0r, competitive maps are levels are interesting for talented people to play in "Tourney" or "Team" format. You need the items distributed in such a way that one team or player can gain a substantial but not insurmountable advantage. The construction of the layout needs to allow "down" and "up" players alike opportunities to attack but not be especially vulnerable.

www.promode.org features a modification CPMA that tweaks certain gameplay rules and has 3 level packs designed for CPMA, but some of these maps are also good for standard Quake 3.

www.orangesmoothie.com is the most popular match mod for Quake 3, and it also contains 15 maps for Quake 3, but these maps are largely not as popular as Promode's levels.

Agree (0) or Disagree (0)
Electro unregistered
#6   17 Feb 2002
looks over gameplay seems to be the way Quint is going... i dont have a problem with that... gives a bit of variety to the game when you just want to have a small lan and muck around on some nice looking maps.

i really dont know what to rate the map overall.. hmm

Agree (0) or Disagree (0)
Electro unregistered
#5   17 Feb 2002
looks over gameplay seems to be the way Quint is going... i dont have a problem with that... gives a bit of variety to the game when you just want to have a small lan and muck around on some nice looking maps.

i really dont know what to rate the map overall.. hmm

That said...about the map. Well, I think the review is a bit off, though I am somewhat partial to Quint's maps. It is definitely more solid gameplay-wise than his other maps (not Dantesca, which was made after but reviewed first), especially if you play it with humans. The bots aren't bad though! They get the RG and move around a lot; to be sure they stick somewhat close to eachother, but on such an open map that makes sense unless you want to have sniping battles (so the bots who fancy the RG tend to back off - they had no trouble getting it in my experience).

It also makes better use of his traditional jumppads and brushes combos to get people around the level, since they help gameflow and play instead of just being an extra this time around. But I agree it's certainly nothing competitive, though as viperw said - it wasn't supposed to be either.

Agree (0) or Disagree (0)
<SuX0r> unregistered
#3   17 Feb 2002
I'm quite new to q3 and quake in general (4-5 months) so this is a serious question. What would make a map suitable or usuitable for competetive gameplay? I say this as many of the maps I have downloaded are more fun than the initial set of maps in q3. This said the initial maps took me longer to get to grips with than many of the custom maps, any sort of guidelines on the viability of maps for competetion would be handy. I ask mostly out of curiosity, and it may help me prune my map collection. :)
Agree (0) or Disagree (0)
Pure Imaginary unregistered
#2   16 Feb 2002
I figured out the "so don't expect competetive game play" part a little while ago. The bad news is that there is a considerable backlog of my reviews, so all of what you will be seeing for the next couple of weeks was done before even my first review hit the site. =) As a result, the only hopes of my reviews polishing up are as a result of personal realization rather your comments. However, your feedback will make a difference a month from now. =)
Agree (0) or Disagree (0)
wviperw unregistered
#1   16 Feb 2002
PI's on a role w/ map reviews. This whole update was you. :)

agree w/ the review for the most part. Some sweet mapping by quint here. FFA was fun for a bit, but then I put it away.

I don't think anyone is. I know you're on more of the comp. side of q3, but you don't have to look for competetive play in every single map. Quint's maps (and a lot of other mappers) are the kind where you look around in them just as long as you play them.They're the fun-FFA-for-5-or-10-minutes kind of maps. In fact, most levels coming through LVL were probably made w/ this in mind. So you might want to keep this in mind. 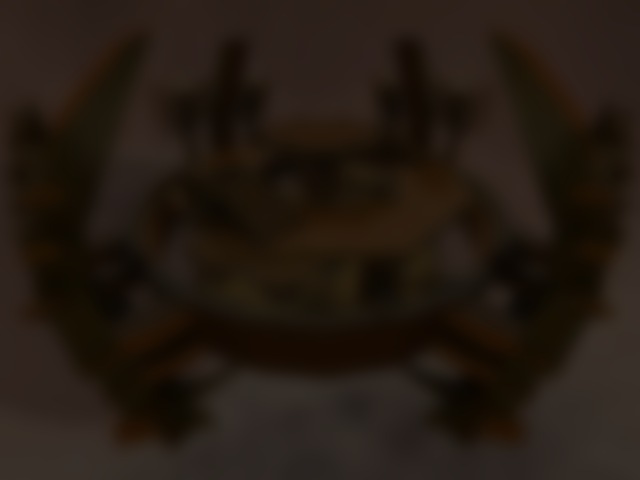