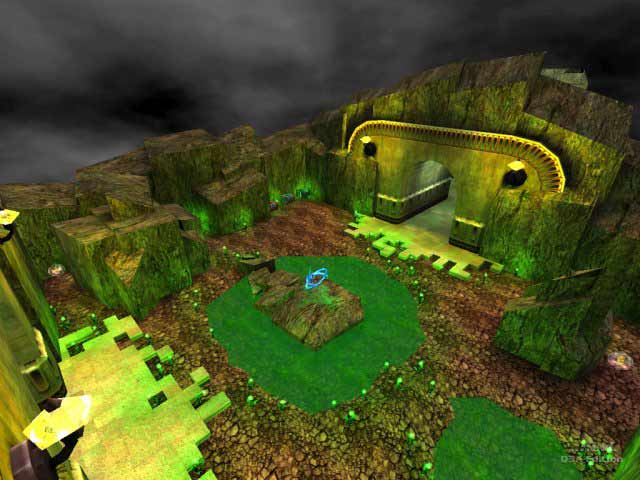 gooball Rep. 1021
#17   18 Sep 2011
AWESOME!!!!! 10/10
Agree (0) or Disagree (0)
SW12 unregistered
#16   22 May 2011
This map looks as if it was something you based off of the Outpost mod. With the alien outdoors of Chton-F13, and fighting alien monsters with green blood. I thought the monster in the cave was like a drone from outpost, and the green blood (like in the screenshot under the quad) you would occasionally find made it look like some aliens got gibbed. If you try out the Outpost demo- you would know what I mean. Its single player, and fusion seems to have made a DM version of the mod's second level.
Agree (0) or Disagree (0)
Reactorfighter unregistered
#15   25 May 2003
This level ROCKS! People in Hungary just LOVE it! I liked very much the Claw bot,because now I have a great opponent, who can handle the Railgun well. I also like the animal lair in the swamp. And the music! What is the music title, can you tell me? I want to download it pronto!
Agree (0) or Disagree (0)
Fusion unregistered
#14   18 Jan 2002
<a href="www.fileplanet.com/dl/dl.asp" target="_blank">www.fileplanet.com/dl/dl.asp</a>

and about the single string, yes thats what i mean...

Hope you at least judge the map after the actual map, and not the scripts :)

about the "single" string. What? You mean to say, there has to be 4 custom maps that have "single" in their arena files for anyone of the 4 to show up. Is that what youre saying? You probably didn't need to make it single player, since nobody does single player. Just keeping it to skirmish should be okay.

monster claw sound--yep, thats one limitation of q3. Can't have different sounds for doors w/o screwing up every other map that has a door in it. :(

Green theme looks realy cool. I'll give it a 9.

Let me explain why I have the string single in my arena map...

if you have enough custom maps downloaded you'll get another tier in single player using those maps, this has a little bad thing about it though, if the map count isn't divisable by 4, some levels are ignored by the game... just because it don't get enough levels for a complete new tier...

so, either you'll have to download some other maps, and you'll probably see my map in the scirmish menu... otherwise, just wait for me to release a little fix for this silly creator(me)-bug, or you could just type

in the console, and you should be ready to kick it.

And about the monster claw sound, well. I used a little trick using a door, a trigger, a button and a speaker entity to make the thing work properly, but since the thing is actually a door that crushes you, it makes the sound of vanilla q3 doors, i've found no other way to fix this than to make my own little mod, or I could just have replaced the door sound with something that couldn't be heard, but that would affect all doors in q3, not just in my level.

Forgive me if I make no sense at all :)

I'm still waiting for someone to find all 7 eastereggs :)

to see some unusual elements there. It's always fun to run and frag through these original places. Ok, gameplay is missing a bit, don't care. I can't await your next map!

Agree (0) or Disagree (0)
Octovus unregistered
#7   09 Jan 2002
Well, I took one run through it and didn't play it. Why? Excelsiore is absolutely right. However, he's a bit negative about it. It's definitely cool to see someone try this sort of thing - I bet there's a SP mod team out there who'd happily have another mapper (maybe I shouldn't be so quick to say that, but you'd think somewhere...and this guy obviously has talent). The hall texturing gets a bit monotonous after a while, but it's not too bad.

The monster in the cave trick is quite cool, but the sound the arm makes (a very mechanical, trapdoorish noise that is used for doors in some vq3 maps I think) just doesn't fit. A growl would make more sense! But it scared me the first time, now I know what he means in the help file :-p

So it's probably not quite what you're looking for on this site, but the author should keep going...if he either hooks up with a good SP mod team or transfers his obvious editing skills the the MP world, great stuff will be the result. As it is I'm not scoring the level because it doesn't really fit my criteria. 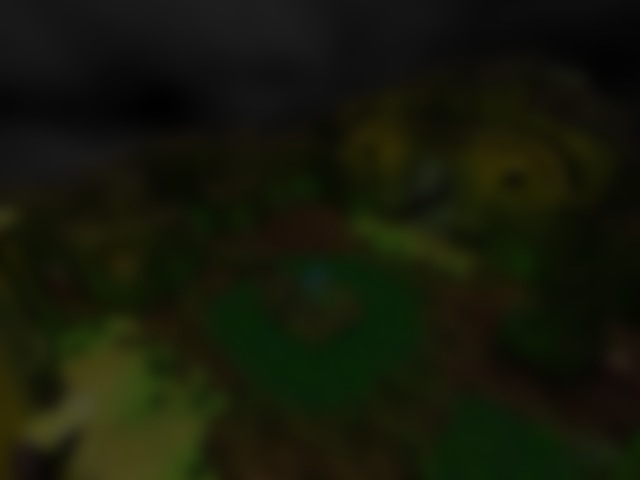