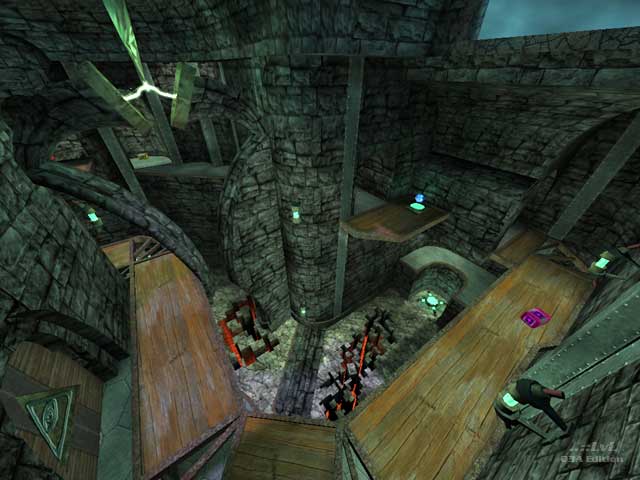 other wize the maze to your mind thing is crazed man :), and finding the rl was a mission with my eye candy config.

Agree (0) or Disagree (0)
Octovus unregistered
#21   07 Jan 2002
Kinda wanted to clarify what I said...really, it might have good gameplay but it lagged a bit much to enjoy on my PC, and it looked amazing (really is another place as Bios said).

But then later on Bios you said a framerate drop is to be expected when you add bots...well, sure, but if it drops the framerate from the playable range (which 30 is definitely scraping the bottom of) it's not exactly acceptable. Anyways, to each their own!

Hubster, don't worry, you haven't offended me, I know your opinions and I am glad that you give them, but just don't think you're sitting with the universal truth to it all...okay? ;-)

I love the gameplay in this map, and so do many others, but I take your comments to consideration anyways.

And by the way, that GL-oneway-corner you're talking about is exactly the place, where you can climb the wall easily...check it out... :)

I agree with the site's review -this level transports you to another time and place - a fantasy on my pc screen. Like the 1st time I DL'd and played Lunarian. Nuthin but a big smile on my face. I have a p3 550, with a TNT 1(yes the first card), running with no severe drop in framerate. At 640 rez, & highest settings, 32 bit color, 1 on 1 I'm averaging 30-80 fps. I didn't notice a big diff in 16/32 bit colors. Now, adding more bots will drop the framerate if you're on the lowest level, with several bots there and gibs flying everywhere - but that's expected. 1 v 1 was ok, but I had more fun when I added more bots. Thank you Dubbilan for this great(dare I say epic?) work. The 4 months of "part-time" effort paid off in spades :)

Agree (0) or Disagree (0)
The Hubster unregistered
#17   05 Jan 2002
Dead ends - in the case of this map, areas which have too few alternatives in terms of battle strategy and movement. While this is good with some maps (eg, MH area in CPM3, upper sole YA in CPM3, upper RL in CPM1a), in this one there is either too much of it, the item is not well placed, or the area simply doesnt have enough alternatives for movement.

For example, the GL area. To get the GL, you have to go into a one-way corner to get it. In that corner, the GL, if it is the primary weapon, is useless against a RL/PQ/SG/RG holder. You have to get the GL, then go all the way back out of that tight area to the jp to be anywhere safe.

Also is the SG area: it features an almost identical layout to the SG area, movement-wise. Its a narrow street with not enough room for the cars to move "bi-directionally" with ease.

The RL area, while providing a good focus, is too dangerous. Another method of access, eg a tp, would have provided more attention to the area. The RL is not the dominant weapon in this map either - the RG is, and so the RG should have been placed under that "focal" pressure imho.

Commuting between floors in some cases also takes too long, and in the case of the RG, the jp flightpath is unprotected, and makes access to the RG from below too dangerous. Using some tp's instead of jp's would have sped up gameplay, as well as provided more stealth in movement, as well as protection.

Yes, I know, I sound picky as hell. I just think that the gameplay could have had more consideration rather than the outstanding texturing and brushwork.

I do look fwd to your forthcoming works, it's just that for me, the gameplay doesn't cut it in this one.

My apologies for any offence caused.

Agree (0) or Disagree (0)
Dubbilan unregistered
#16   05 Jan 2002
All I can say is that I've tested the map with extremely talented tourneyplayers and finetuned the gameplay until complete satisfaction, but as always...it's pretty darn hard to satisfy everybody!

dead ends? Where are theese? The only place I recall with a such has small steps where you easily can climp the wall into the next room...

I played this map many months ago, and while the looks are great (but also so texture rich, that seeing your opponent is sometimes difficult), I thought the gameplay was quite lacking.

The RG room has a ledge which is MUCH too high, making the jp in there very dangerous to communute on, given that it has no cover.

Other areas have "dead ends"...

Good looks, but not up there in gameplay. Sorry.

It runs fine on me and my testers systems, so just get those upgrades! :)

You need it anyway to play Medal of Honor: Allied Assault, and trust me, you wanna play that game!!!

Agree (0) or Disagree (0)
Lojik unregistered
#10   04 Jan 2002
Yes good looking map with some nice original touches, no point me repeating what everyone else here has said though.

What I did notice from a purely technical perspective was a whole truck load of sparklies all over the place. And yes it chugged a little bit in some places.

Pity. It's quite a nice cat/mouse kind of map.

elende, if you comment first all the comments will appear above you. Means you agree with everyone :-0 (might wanna watch in future).

Excelsiore, agreed. My POS does not like this map much, though I love the atmosphere. I sent an e-mail to Dub about it...more below.

assholio, once again your name seems fitting. Without a hitch? Map with r_picmip set to 5. It runs like crap! I don't mind the map but please, I don't want my settings turned down to 0...and I have literally the same system as you. Maybe you're lucky?

Marc, Fileplanet is still one of the best sites out there for downloading. If you want to know why, please read my comments on the "Gamespy Sucks" thread - 3dactionplanet forums, general game discussion category.

The map finally. I mentioned in my letter to the author that it reminded me of the game Alice (Quake 3 engine powered), of which to be honest I have only played the demo. But that's a big compliment, and it's true. Atmosphere by the ton here. I don't think it plays that well, merely average, but I can't be sure - my system simply won't take it, another knock against the level. So it's a 7 from me, but keep in mind that the atmosphere easily merits a 9 or 10 if your system can handle it.

P.S. First small level that made my system really unhappy. Time to upgrade?

Please don't put this state of the art on the stupid FILEPLANET server. Can't stand this %?/?$?&/" fileplanet sign up and pubs ! Thanx

... been already playing the map since Weeks now. 1v1 matches are Fun on it. Fast action and nicely looking. 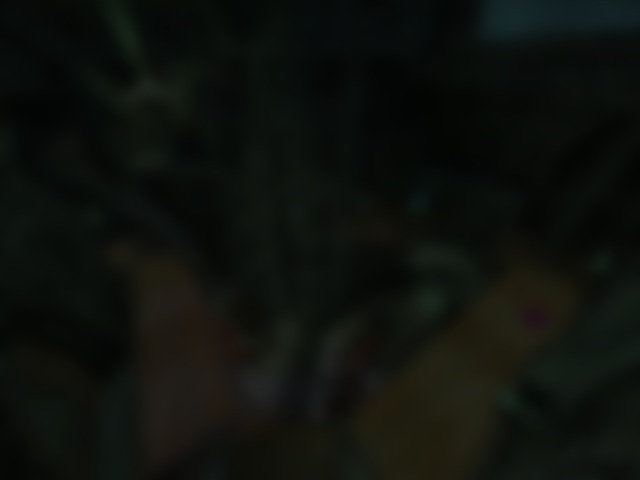