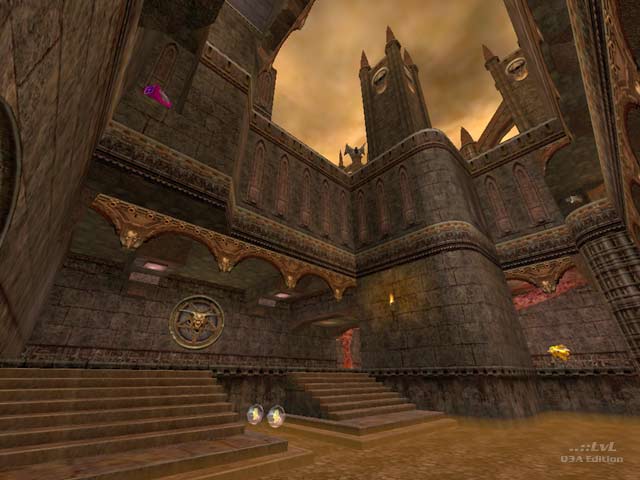 FragTastic Rep. 2241
#14   12 Jun 2012
@Mark: If you made maps, it would be amazing. The amount of advice you have given to other authors have been extremely helpful and I have even taken those feedback on board. Just try and attempt to make a new map even if the texture is a little stodgy or Gameplay is laggy just release it and see what other map authors have to say about it.
Agree (0) or Disagree (0)

HelterSkeleton Rep. 5440
#13   09 Aug 2008
Everyone's favourite biker corpse now has an arena to honour his name and boy is this really cadavre's domain! I'm not personally into the whole satanic amputated corpses thing but it is so beautifully realised in this map i have to give it a 10. The tunnels of raw flesh, teleporters and satanic wall emblems all work a treat. Really well done! And an idea worth pursuing (i know klesk has a few domains in his honour) but could you just imagine what things look like on Sorlag's world, or a catacomb shotgun tourney for bones...hmmm (maybe i'll start making maps now)
Agree (0) or Disagree (0)
Geoffburbidge unregistered
#12   24 Jun 2006
what are you discussing there?
Agree (0) or Disagree (0)
ROODOG unregistered
#11   01 Jan 2002
great map i'm a sucker for anything gothic but more than that chuck about 6 bots in and have some fun as this map runs nice and smooth. i will keep this in my map rotation for sure.i give it 9 as i keep comming back for more. thanks for letting me know not to waste my time rocket jumping to the top over the lava but it might be a fun camp spot lol. get this map now and enjoy!
Agree (0) or Disagree (0)
Anwulf unregistered
#10   28 Dec 2001
Very much like the style of architecture. Aesthetically a great looking map. I thought item placement was the one area where the level fell a little short.

However, this map is worth hanging onto.

Agree (0) or Disagree (0)
xade unregistered
#8   18 Dec 2001
This is a great map! Everyone should download this. I rate it a 9/10 because of its highly detailed and pixelated graphics. This map has a great Gothic/Satanic theme to it. This is just plain awesome. -XADE(John H)
Agree (0) or Disagree (0)
Kamarov unregistered
#7   16 Dec 2001
Very nice gothic atmosphere combined with the fleshy walls. I liked the rounded hallways with the custom shaderwork, was nice. Little disapointed that the curved trim work on the ceiling was done with a single faced brush, was very solid looking at first. You'll know which one I'm talking about when you see it.

The gameplay is pretty good, tossed in a few bots and was horribly lost for most of it but I'm sure I'm just an idiot and can't find my way around. :)

Keep up the good work.

Agree (0) or Disagree (0)
Tetzlaff unregistered
#6   16 Dec 2001
Very stylish :) I particularly like the cathedral tower-like constructions you can see in some of the courtyards.

I found the weapon placement ok, but why Yellow armor and shards side by side?

If you like this map, also try Nihil´s older maps (similar theme):

This is the sort of map I always thought I'd be playing when I first bought Q3A. I love anything that looks like this. A lot of the textures in there are new to me, and I especially like the arched overhangs.

It's true, though, the item placement is not brilliant. It's like one arty mapper built the level then handed it over to somone else to put the weapons in.

As for the plinth in the lava lake, I think it's just there to oppose the diagonally symmetrical facade. I get the feeling that area should be clipped off overhead. It's not too hard to rocket jump on it, but if it's supposed to be a player-carrying feature then why is the whole top surface one sheet of rust? Could have been meant for a powerup, then changed later on...?

Generally, it's one of the best thumping gothic FFA levels I've seen. If you don't like this sort of map, then why the fk do play Quake 3?

Agree (0) or Disagree (0)
Octovus unregistered
#4   16 Dec 2001
Well, it's quite a fun one. It is large enough that you can fit quite a few fraggers in if you want, but it's not too quiet with smaller numbers either. The aesthetic is of course the very classic gothic, but it's carried off quite well, with some nice additions of organic tunnels and "wall hangings" of bodies.

The gameplay is pretty good, though there is some clipped weirdness. Focus tends to be on the connecting passage between the rocket launcher tunnel and the central quad atrium, especially with bots, with some areas getting left out. But if it's nothing new, it's still worth checking out. The new teleporters (well, it's really just a new texture/shader) are quite nice :-) 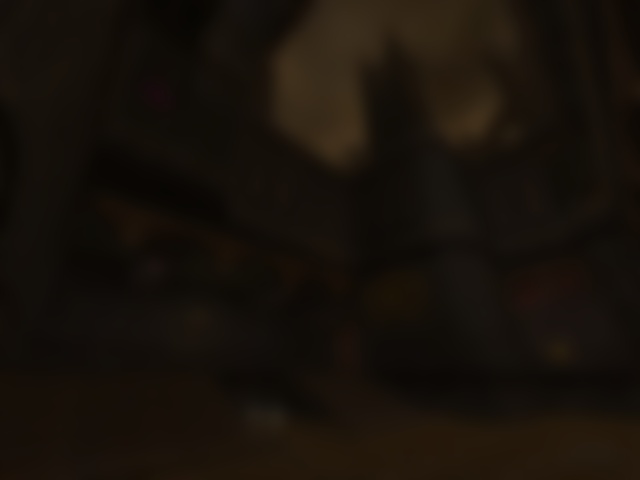