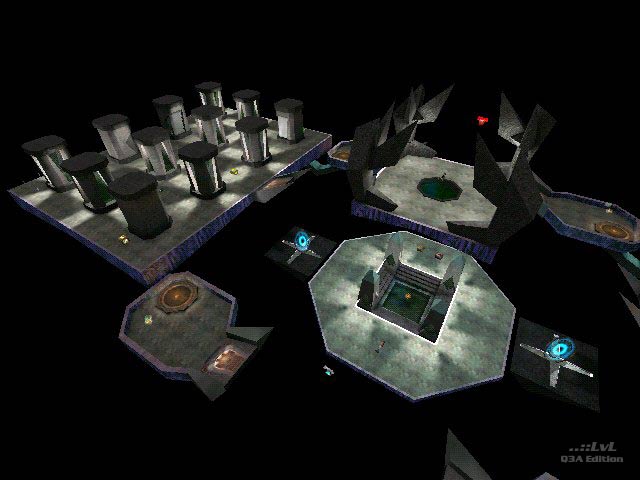 I'm not sure when I will release another map. I have a bunch of ideas and some preliminary work done that look pretty cool but I don't really have much time for Q3a during the school year (I'm in my Junior year in HS). I might be able to get something done over Christmas vacation though :)

Agree (0) or Disagree (0)
Octovus unregistered
#1   16 Dec 2001
This is definitely worth checking out! It is quite a dark space map, but the openness of the level makes that seem less important. The water-hole in the railgun platform reminds me of the Elderworld (last episode) entrance in Quake (there, I didn't say Quake 1 :-p). It is a very nice "update" to q3t6, a map that I always thought had tons of potential if only it had been changed a bit! (Read, no BFG. Why in heavens name do they put a BFG in the last level of q3"sp"? Who knows.)

The pillars have interesting styling, they seem to be water filled (but it doesn't look really fake or anything...G3ntl3 seems to be good at working with water!). The rocket launcher platform is nicely designed, though some more RL ammo might have been nice. The two short range weapons (LG and SG) make for interesting firefights when trying to kill someone with a RG.

If I had a major complaint (and I do!) it would be health. There's just not enough. Maybe trading the 5hs on the smaller launching platforms (not the whole row at the back corners, but the ones already next to some big healths) for 25h could have worked. There is only one 50h on the entire level, and it is at the RL platform, which is such a focus you'd probably lose more health trying to grab it than you get. Another idea would be a MH in place of the 50h.

Sorry if I've made mistakes in the above comments, this is still quite fun! A 7 from me due to health problems and weirdness with lighting, but as Kell said space map fans (or anyone who thought the original q3t6 had potential) should check it out. 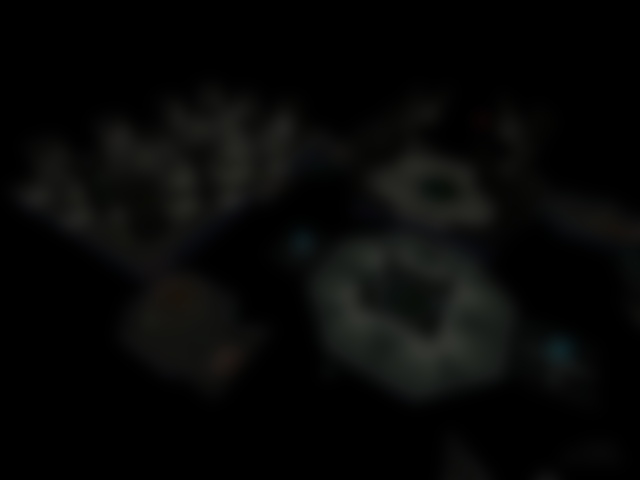