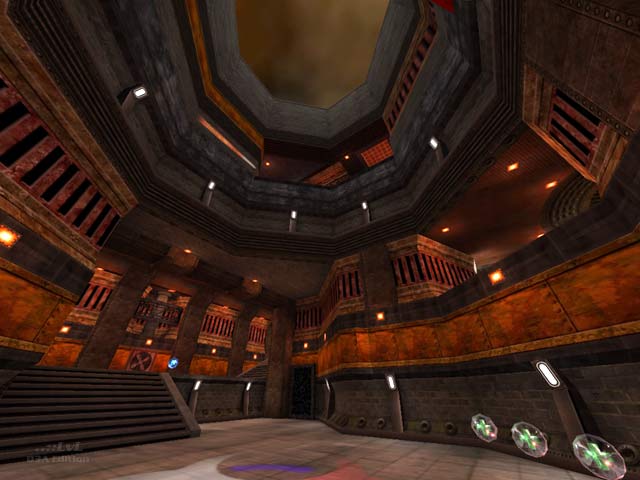 EmeraldTiger Rep. 2422
#17   30 Apr 2011
Was I the only one who enjoyed playing this map in vq3? There are some pretty strong similarities to Aerowalk... maybe too similar. Couldve changed the mega position at least to make it more original. Theres also an oddball texture which looks like a thermometer of sorts. Not sure what that is. Good map anyways, 8/10.
Agree (0) or Disagree (0)
Commander Keen unregistered
#16   11 Nov 2001
nice job polo I like it. I'll follow your subsequent releases closely now :)
Agree (0) or Disagree (0)
macho unregistered
#15   22 Oct 2001
popici fasa mapa, aku som uz dlho nevidel

yes it is boring in vQ3 (not playable imo).

Agree (0) or Disagree (0)
The Hubster unregistered
#11   22 Oct 2001
I wouldn't quite say that the resemblance to Aerowalk is over whelming. The only part which really put me in mind of it was the MH platform with steps.

I also didn't find this map to be highly detailed - not that I'm complaining, I prefer less detail and higher gameplay/fps.

A nice theme - it puts me in mind of some of Headshot's work for Quake II, while keeping some of the arena/atrium styles of the custom maps that were made for Q1 years ago. I would have preferred a darker rusty feel, with thicker walls, but hey, that's just me. I like the heavy cement/brick style.

I didn't even bother playing this map in VQ3 (is there really any point these days?), and went straight into Promode.

The amount of speed you can get in this map is awesome, especially around the MH area, and up to the RL. Nice. I could feel my Nike's burning up rubber faster than Carl Lewis.

While this factor is great, I did have a few gripes, although they are mostly a matter of taste, and probably don't deter from the map's overall high standard.

I found that the main atriums were a bit too spread out (keep in mind, I played this as duel, and not as TDM/CA). Perhaps some tightening of the atriums could have yielded a map with faster gameplay.

I did also find that some of the weapons (esp LG/RG/PG/GL) seemed to be placed a little too close together, but this was only minor.

I found this level to have a higher than usual learning curve, not necessarily a bad thing in my book. The toughest part was trying to remember spawn points, as several parts of the map looked too similar to others, due to lack of detailing with brushes (yes, I know, Im contradicting myself now, aren't I :-) ).

Overall, it's a keeper, and even more so for Promode. I can imagine CA being cool fun in this map.

Agree (0) or Disagree (0)
Octovus unregistered
#10   21 Oct 2001
Cool map. In the readme it says there's 4 different layouts...I only had time to check out the default one, so take all comments I may make with reference to that. I played it as FFA; not sure what this layout was intended for.

The texturing is nice, not really resembling any other q3 maps I've seen. Kind of a rusted, run down base atmosphere. Some panels missing from walls and such. The grenade launcher provided the most fun I've had in ages from its perch up high; this is the most vertical q3 map to come along in a while!

Weapons were not so far from the action as to cause real problems, but with the two pits drawing 90% of the action it was a bit of a trek to get the railgun or more so the not as useful plasmagun. The megahealth right next to the centre pit was more of a "get it if you're lucky" than strategical thing in the 4 player games I played.

The teleporters helped move people around the map, though I miss the ambient sounds too Tetzlaff! :*-( We'll survive.

> Isn't it a Nightwish song?

Isn't it a Nightwish song?

Agree (0) or Disagree (0)
Tetzlaff unregistered
#2   19 Oct 2001
"The Quake 1 style teleporters seem a bit out of place in a tech map" ... are you kidding? Quake1 had rusty base levels in a style similar to this map, and they had of course those teleporters too. They fit in very well.

Very nice brushwork, and the texturing with warm rusty brwon and orange colours is definately original.

The only thing I really miss is ambient sound: you hear no wind, no teleporter hum, no light buzz, nothing...it´s silent like a graveyard. 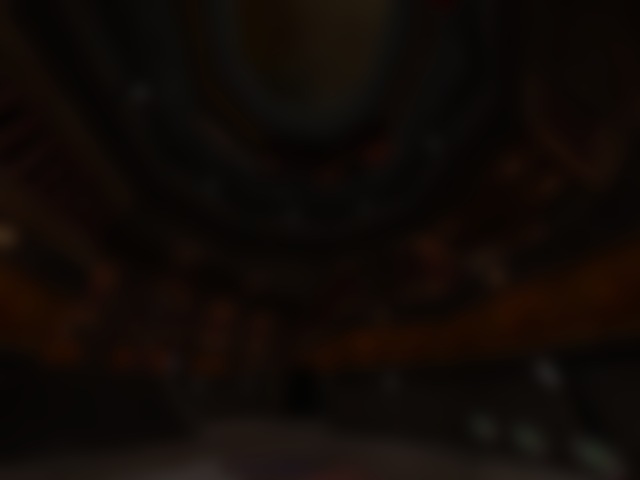