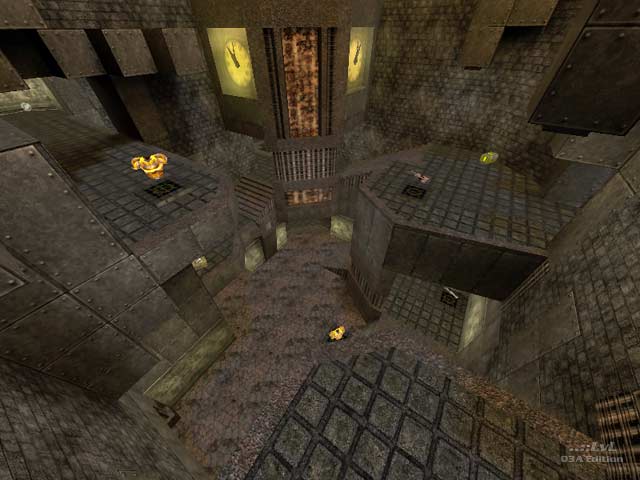 **Preview only**
Be sure to submit your comment
Submit
Preview
Cancel
Submitting comment...
aguirRe unregistered
#14   22 Oct 2001
Thanks, Charon. I think I recall seeing this problem in some other map too, possibly one of your previous efforts.

At that time it took me a while to understand the cause of the cryptic error message ...

If only more mappers would understand that using the JPG format (with suitable high compression) instead of TGA, optimizing their AAS files and omitting WAV files of several MBwillreduce the size of the ZIP archive significantly.

Some of us dinosaurs are still using 56K modems ...

It seems to have something to do with that some of the textures seems to be in a progressive JPG format. Resaving them in standard JPG fixes the problem. Is this a known limitation of the 1.17 version ?

Otherwise it's a nice map.

Plays more like q2 (prolly cause of the weapon spawn time)

I've played it both in baseq3 and CPMA and in both cases it's got fast action gameplay just the way I like it.

Yup. CPMA-Pro release will be nifty, lots of IP and structural changes, as well as removing those annoying sounds. Clocks are backwards on purpose, although one of them is running the proper direction. Yay. =) Oh, and the bots do go for the MH, they like RJing from the steps and jumping off the third floor just to miss most of the time. Just seems to be a rare ordeal, especially with some bots. Ah well, anyway. Glad you peeps enjoy it. Have fun.

Thats all I can say. And a damn site better than what Alc had to say about it.

Im looking very fwd to the CPMA remix. Keep it up Charon:-)

Agree (0) or Disagree (0)
Quaker-X unregistered
#3   05 Oct 2001
sweet map, looking good charon
Agree (0) or Disagree (0)
hannibal unregistered
#2   05 Oct 2001
Fun stuff, but be on the look out for Charon's upcoming "pro-version" of this map...which has some architectual changes for CPMA, but whose IP changes will make it even better as a hard-core duel level in VQ3.
Agree (0) or Disagree (0)
Octovus unregistered
#1   05 Oct 2001
Heck it's Charon's, it's bound to be good. This is really a "domination from above" style map where you want to be on top to deliver some smack. The only real reason to make the trip downstairs is for a rocketlauncher, and once you have that weapon it's easy enough to get your butt outta there. Looks nice enough to merit a second glance, but without causing your system a moment's trouble. Plays well enough to at least be worth downloading and throwing through the ringer a few times.

Another good one from Charon, gets an 8 from me. 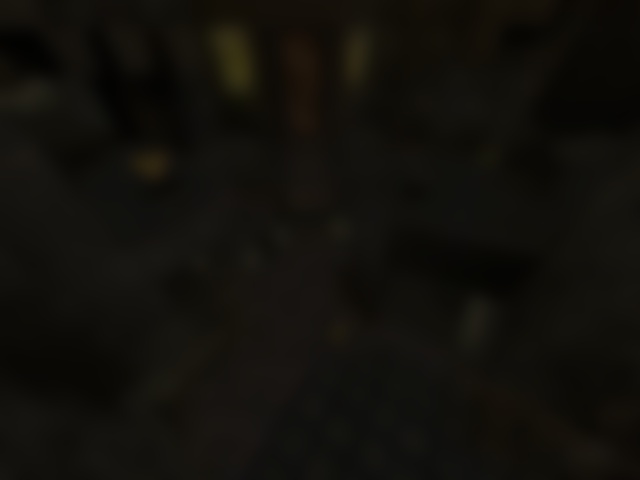