KommissarReb (SW12) Rep. 2210
#1   20 May 2021
I see maps like Dreadnought lvlworld.com/review/id:1161 and Black Belvedere lvlworld.com/media/id:1793 used the EasyGen terrain editor to make terrain for Quake 3 Maps. Problem is that I only discovered EasyGen recently and don't know how to use it (I'm not sure if I configured it correctly since I don't have a work mod folder and don't know what goes in the "bitmaps" section). I was originally just going to use brushes and patch meshes, but fear that it could be possible that I might hit the brush and planes limit before I'm done making the terrain (CSG Subtract makes a lot of brushes).

How prudent of me would it be to make terrain out of brushes and patch meshes? If I want to use the EasyGen editor, what resources left on the internet are there that I can use to teach myself? Would anyone who still comes to this website know how to use EasyGen or advise me on what the best thing to do next is? My map currently contains 3646 brushes and 156 entities.

Tig Rep. 1224
#2   20 May 2021
@KommissarReb (SW12) I could write out how to use bitmaps and EasyGen or other terrain building tools. This would be a long, complex chunk of text that would be hard to follow.

These are an older way of making terrains.

A newer, better option would be to check out the map source for Pyramid of the Magician by Sock.

leilei Rep. 343
#3   20 May 2021
When I dabbled in terrain, it was in Trenchbroom and I clipped a big brush into grids and moved those verts up. I feel that was enough for me, though there's the issue of the texture coordinates flipping when the brushes reach certain angles (which is kind of alleviated with the q3+valve220 map format support). Making a shader that has forcemeta and shadeangle was also vital to keeping the terrain looking less jagged in the shading.

Patch-based terrain introduce clipping issues, and there's also the sometimes-blindly-suggested model-based terrain which will lead to extremely bloated clipping hulls that will force you to make some hacked up simplified variation of the map for compiling .aas files at all. Marks will also have trouble being added (especially if it's complex terrain where there may be too many polygon splits). 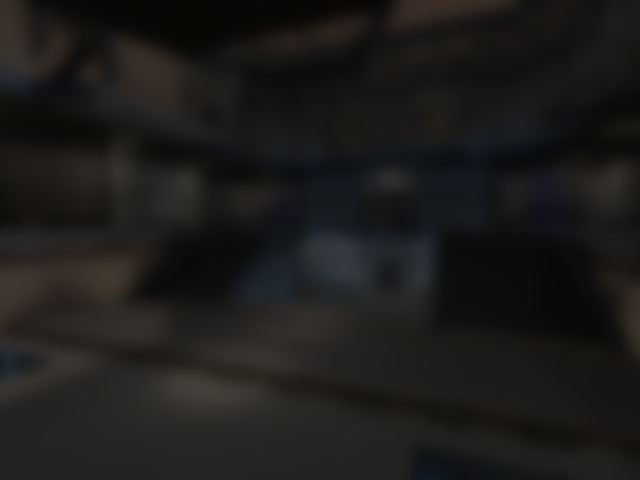